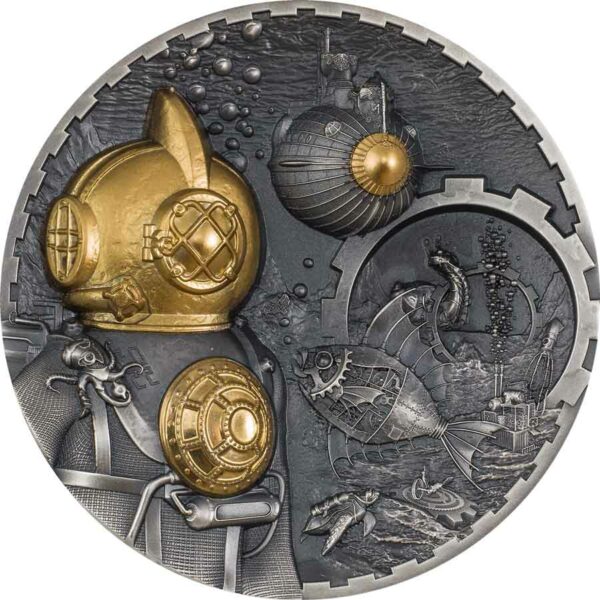 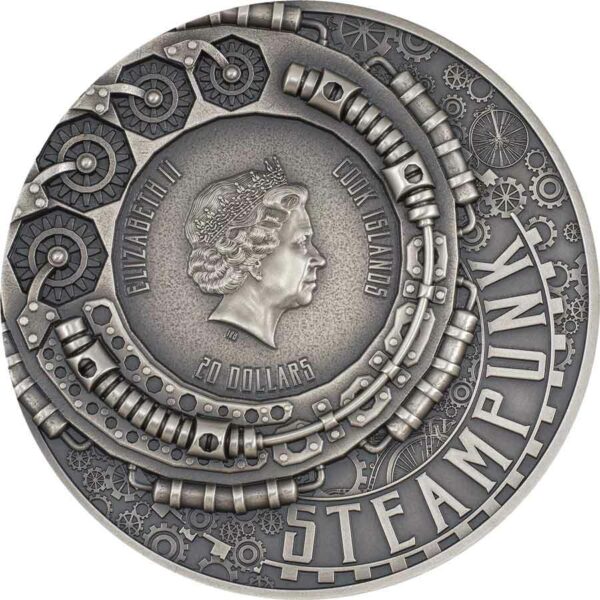 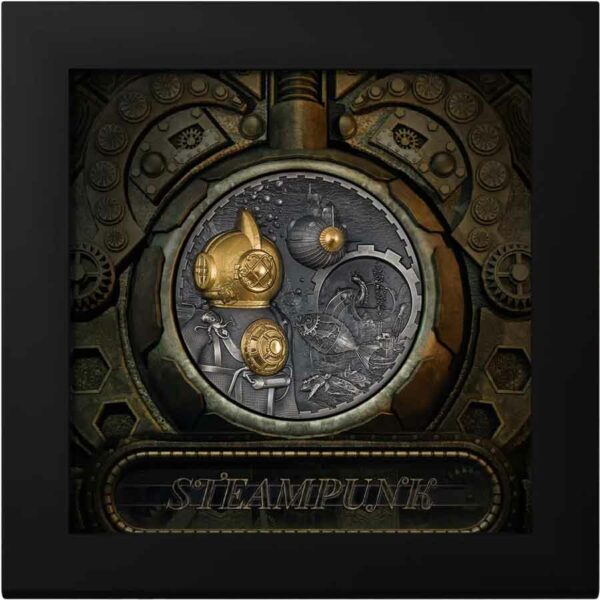 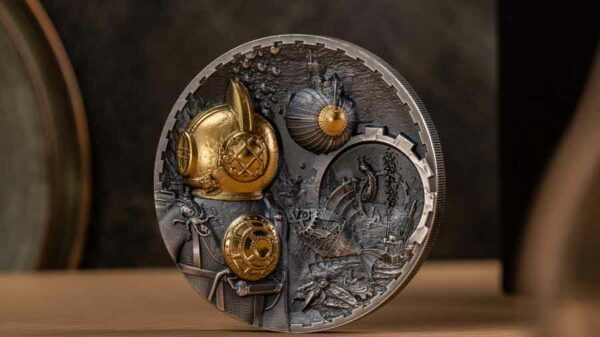 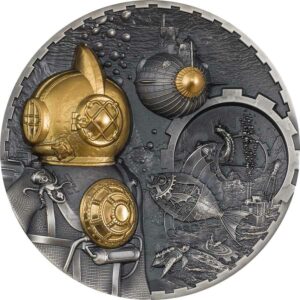 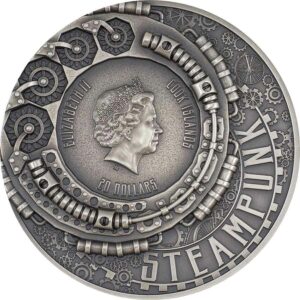 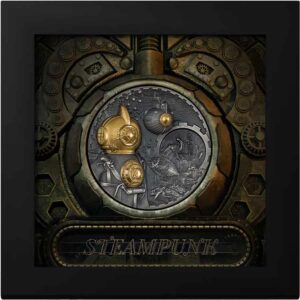 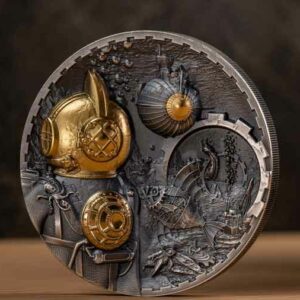 Steampunk has become a cultural phenomenon. Having an impact on everything from film to fashion, this subculture of Science Fiction has grown in popularity and influence since it was first mentioned in the 1980’s.  Loosely defined as combining Victorian age mechanical technology with modern applications, its unique look can be seen everywhere. In a nutshell Steampunk is what people thought about the future with their knowledge and technology 200 years ago.

Following the smashing success of the 2nd issue of the Steampunk coin, we are thrilled to announce the next masterpiece in the series, Nautilus.  We are diving deep into the fantastic underwater world known from Jules Verne’s “20,000 Leagues Under the Sea”.  Having left the legendary Nautilus in deep-sea diving gear, we encounter giant sea snails, turtles, octopuses and shipwrecks. Of course, we also come across the series regular – the pennyfarthing rider.

The unique look derives from the enhanced ultra high relief smartminting® technology and the selective gilding that contrasts elegantly with a deep antique finish background.

The Steampunk coins are issued as legal tender by Cook Islands.