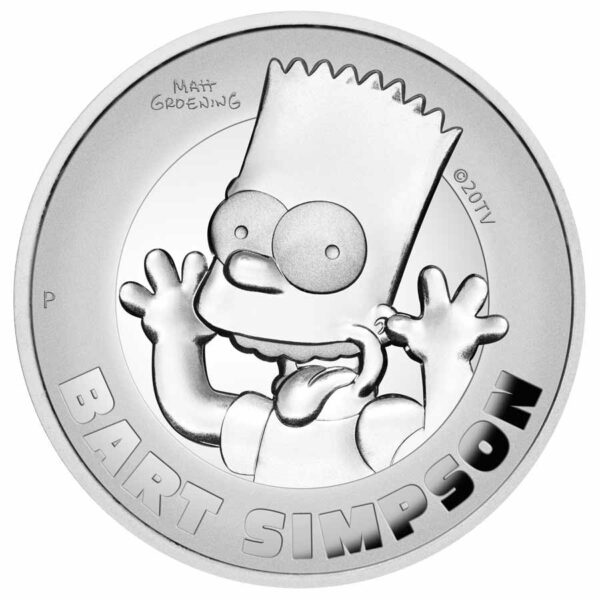 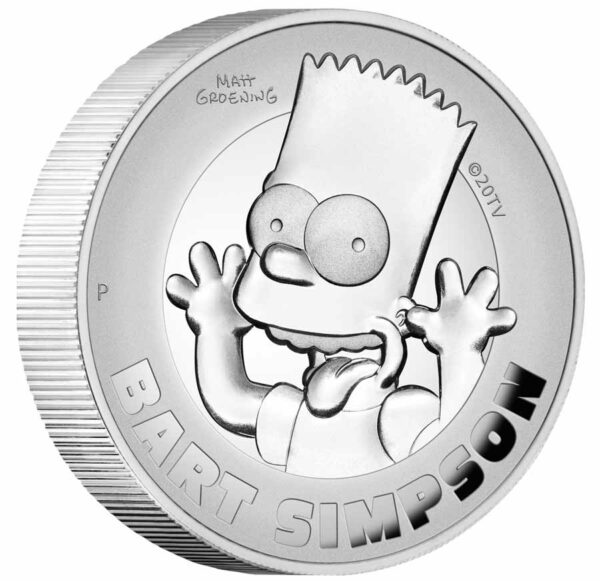 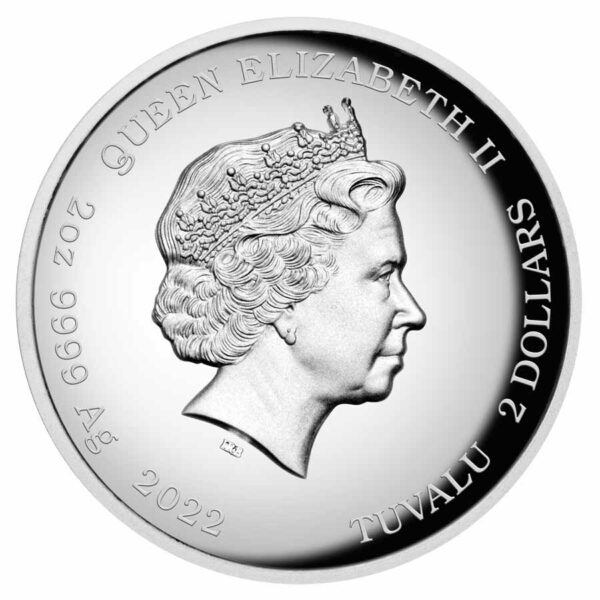 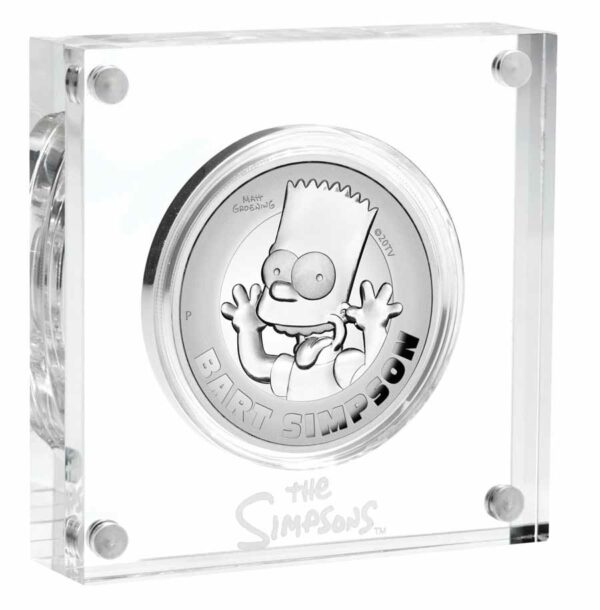 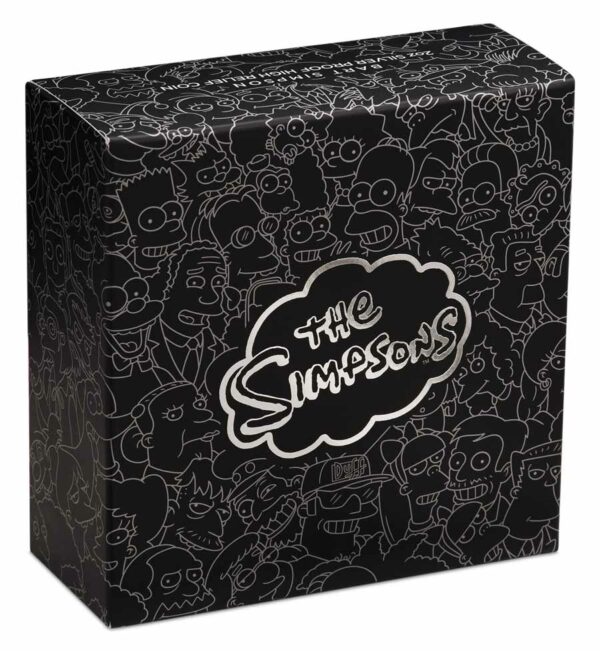 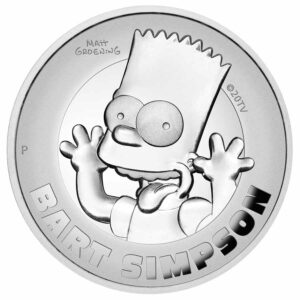 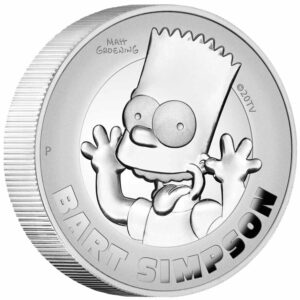 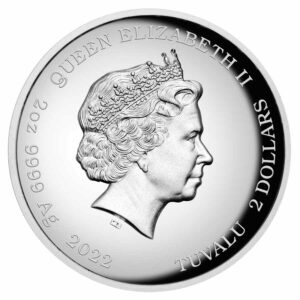 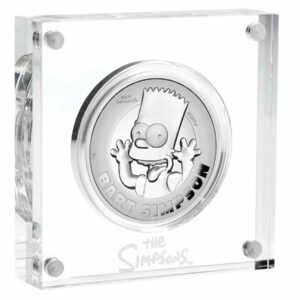 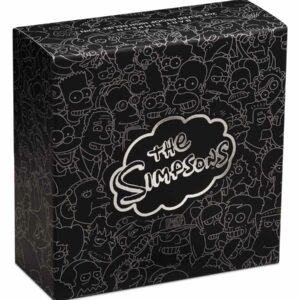 The Simpsons premiered as a half hour-series in 1989 and instantly became a worldwide pop-culture phenomenon, now seen across 60 countries in 20 languages.  In 2018, The Simpsons reached an incredible milestone becoming the longest-running primetime scripted show in television history.

Struck by The Perth Mint from 2oz of 99.99% pure silver, the coin is issued as legal tender under the authority of the Government of Tuvalu.

The Perth Mint will release no more than 3,000 of the Bart Simpson 2022 2oz Silver Proof High Relief Coins.

The reverse of the coin depicts Bart Simpson above an incused inscription of his name. The design also includes Matt Groening’s signature and The Perth Mint’s ‘P’ mintmark.

The Ian Rank-Broadley effigy of Her Majesty Queen Elizabeth II, the 2022 year-date, the weight and fineness and the monetary denomination are depicted on the coin’s obverse.

Each coin is presented in a clear acrylic case, allowing both sides of the coin to be displayed, and is packaged within a themed shipper. The coin is accompanied by a numbered Certificate of Authenticity.