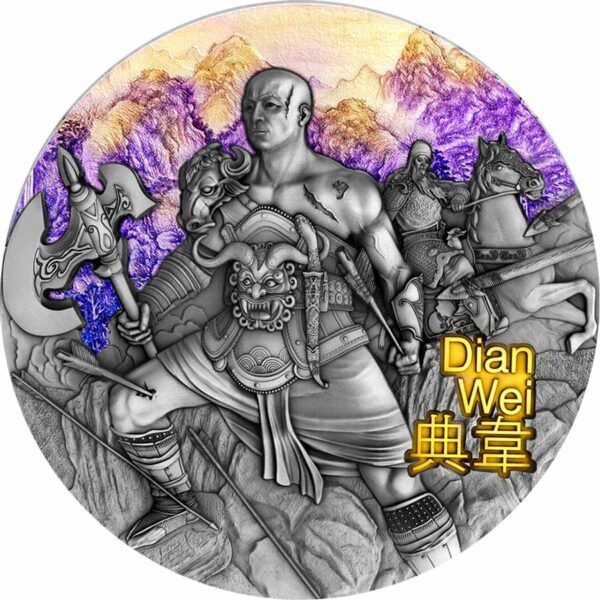 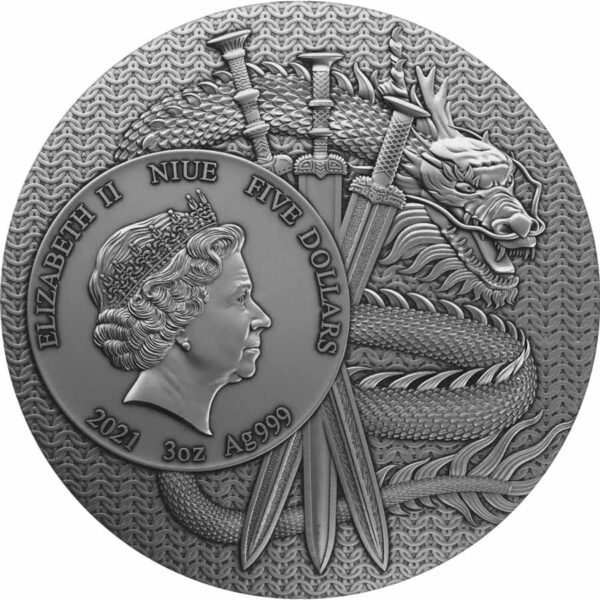 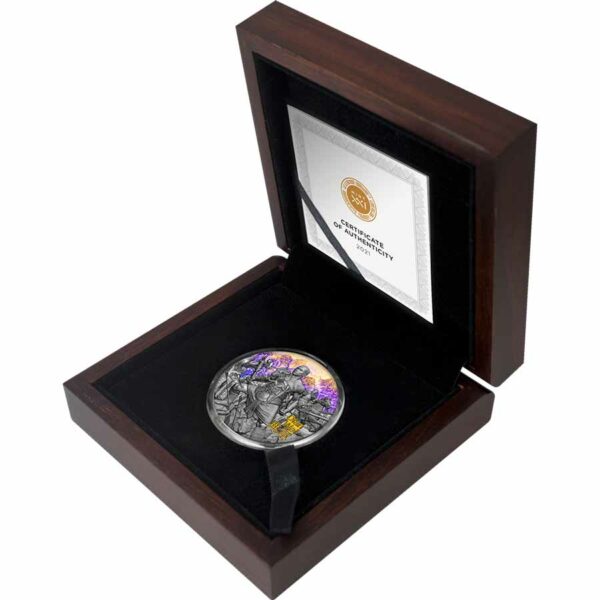 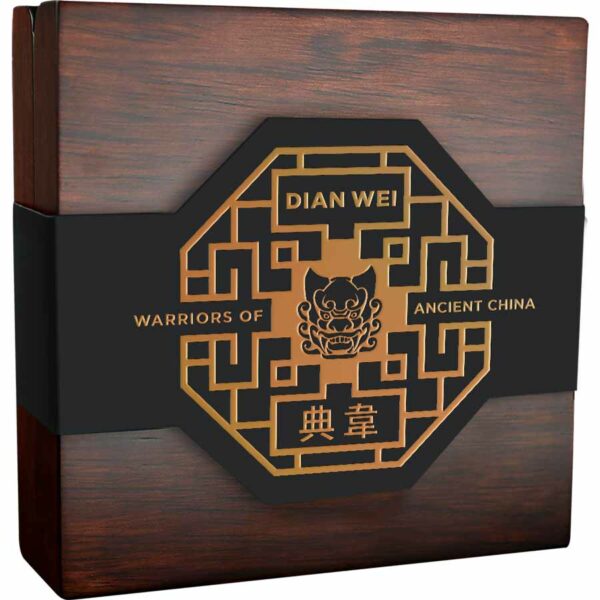 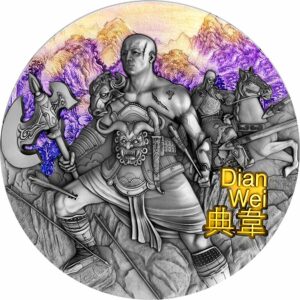 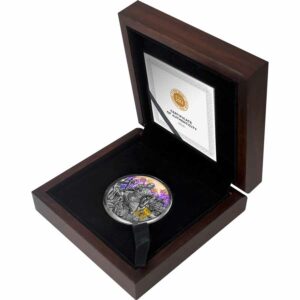 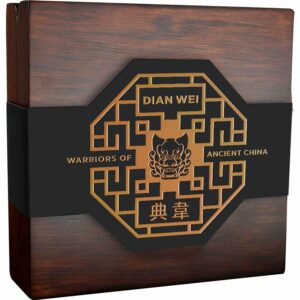 This stunning 3 ounce issue of Niue is dedicated to Dian Wei – a martial general and military officer serving under the warlord Cao Cao in the late Eastern Han dynasty of China. He was famous for his enormous strength and for being loyal, prudent and trustworthy.

On the reverse, Dian Wei is portrayed as a robustly built fighter. In his arms, he holds twin halberds, each weighing over 20 kilograms.  The obverse is also  exquisitely designed with weapons and a Chinese Dragon superimposed by the effigy of Queen Elizabeth II.

A superb continuation of the “Warriors of Ancient China” series featuring a general with superhuman strength.

This coin, struck in high relief and decorated with a shimmering color application plus selective gilding is a great piece for any Eastern art lover.