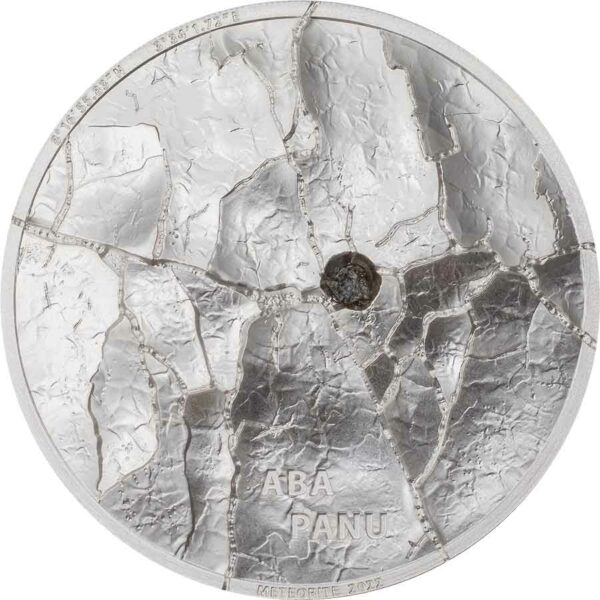 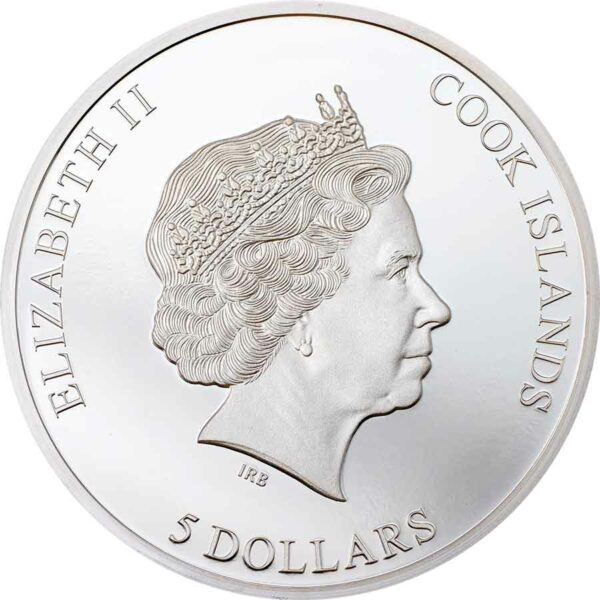 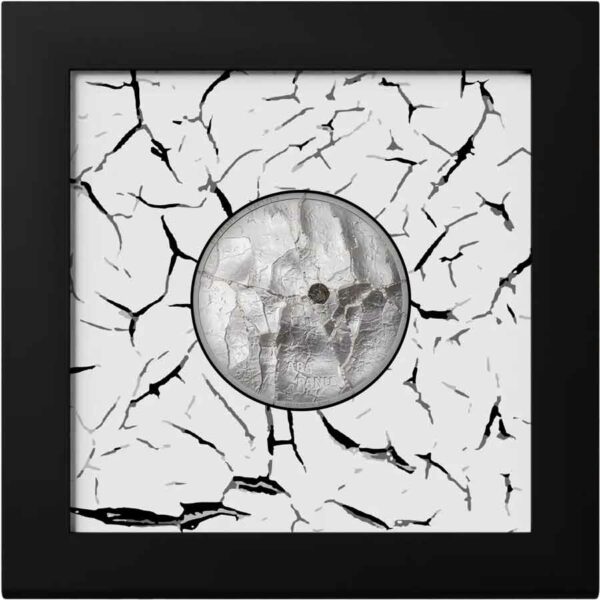 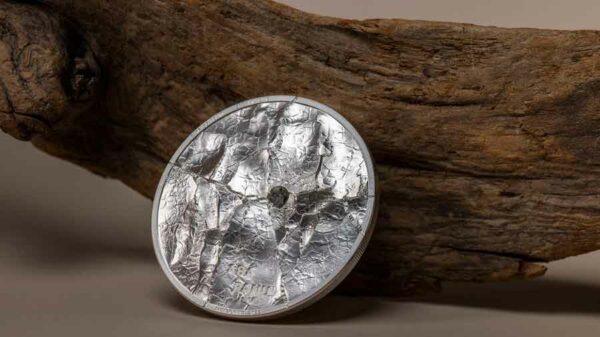 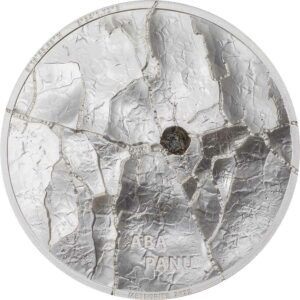 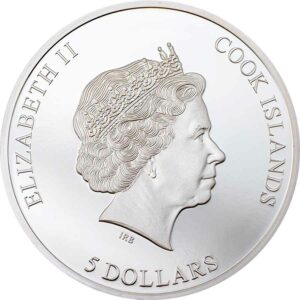 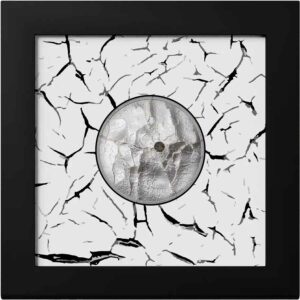 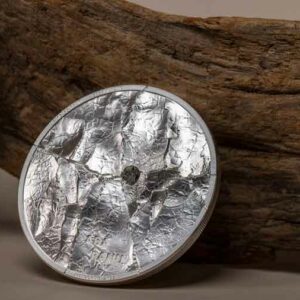 A large fireball detonated over the Nigerian state of Oyo on the afternoon of April 19, 2018 as a meteoroid entered the Earth’s atmosphere. The extra-terrestrial rocks dug deep cracks and craters in the dry soil of Africa. They were named after the village of Aba Panu, located near the centre of the strewn field.

This 1 oz silver coin is fashioned after the furrowed terrain of Aba Panu and contains a genuine insert of the meteorite recovered from the debris field.

Every day, Earth is bombarded with more than 100 tons of dust and sand-sized particles from space. About once a year, an automobile-sized asteroid hits, creating a spectacular fireball event as the friction of Earth’s atmosphere causes them to disintegrate.