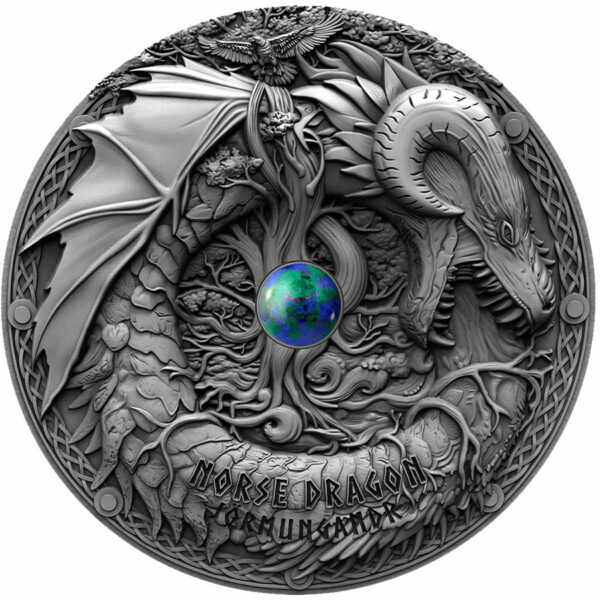 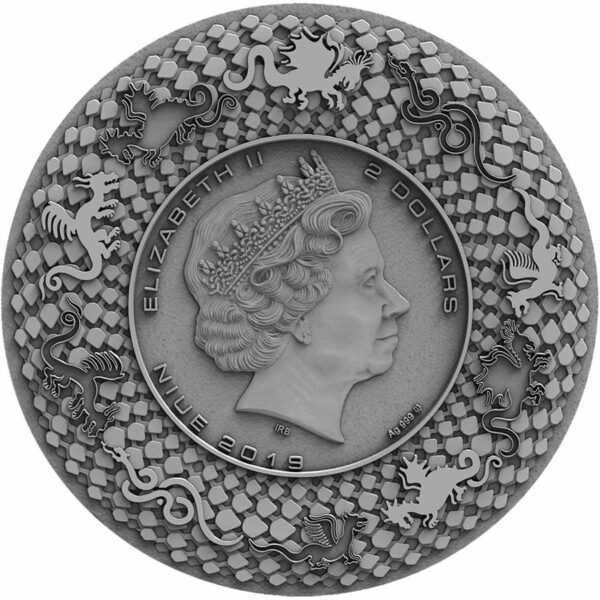 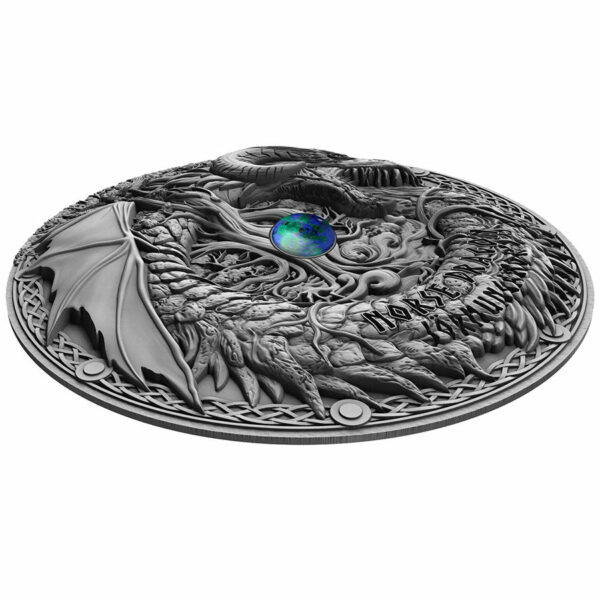 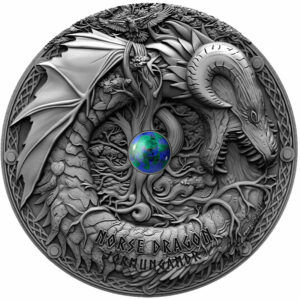 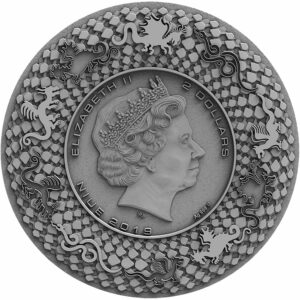 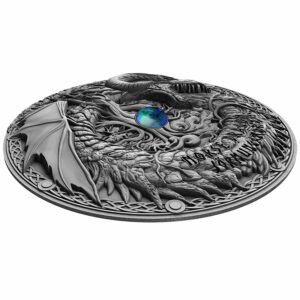 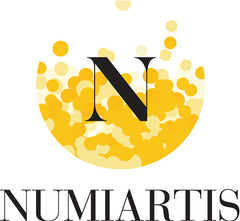 We are thrilled to offer the second issue in the Niue Dragon series, and it’s every bit as beautiful and intricate as the first release. This is the fabled Jormungandr and it’s intricately captured in stunning detail on the high relief 2 ounce .999 pure silver coin.

Power, strength, violence and a strong link to the terrain the people that created them live in, dragons from Scandinavia, the British Isles and Northern Europe usually depict a look that exudes menace and malevolence.

This incredible design features the dragon Jormungandr intertwined with the famed world tree Yggdrasil and eating its own tail. There is literally no part of the reverse face that isn’t packed with ultra high relief detail.

The insert, made of Azurite, is coloured like a view of the Earth from space and is an integral part of the mythology.

Dragons have permeated many cultures mythology, possibly through the early discovery of fossils – after all, how else could they explain fossilized teeth and bones? Norse mythology is no different, with four main creatures referenced in their literature.

Niohoggr, (Malice Striker) is a dragon (or serpent) that gnaws away at the root of Yggdrasil, the fabled world tree. Described in Prose Edda and Poetic Edda as gnawing at the roots from below, it was one of many creatures that inhabited Yggdrasil.

Jormungandr, (Huge Monster), also known as the Midgard (World) Serpent, is a sea serpent and said to be the offspring of Loki and the giantess Angrboða. Thrown into the great ocean that encircles Midgard by Odin. It grew so large that it encircled the earth and could grasp its own tale. When it releases its tail, Ragnarök will begin.

Fafnir is a son of the dwarf king Hreidmar, and after being affected by the curse of Andvari’s ring and gold, Fafnir became a dragon and was slain by Sigurd. It’s suggested that Tolkien based the dragon Smaug on the legend of Fafnir.

Unnamed dragon in the 13th century book by Saxo Grammaticus, Gesta Danorum (‘The Deeds of the Danes’), recounts the tale of the legendary king Frode I, who is said to have killed a venomous dragon that lived in a cave guarding a huge horde of riches.