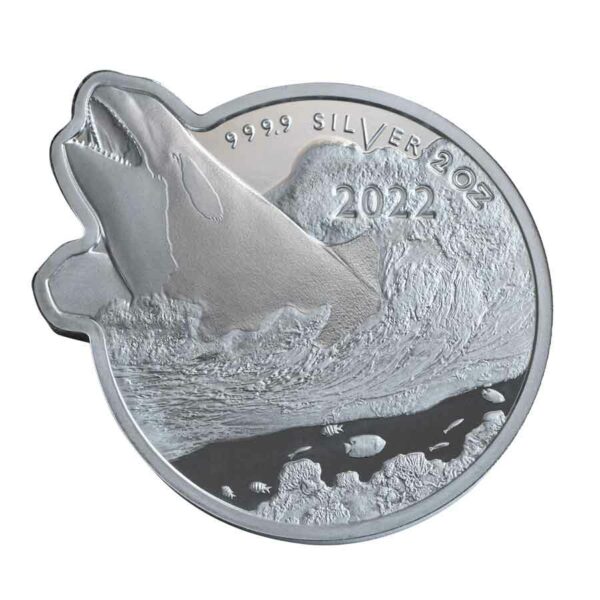 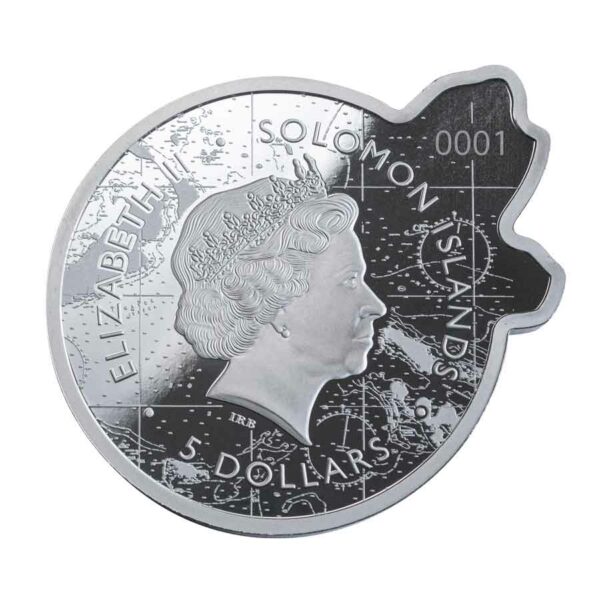 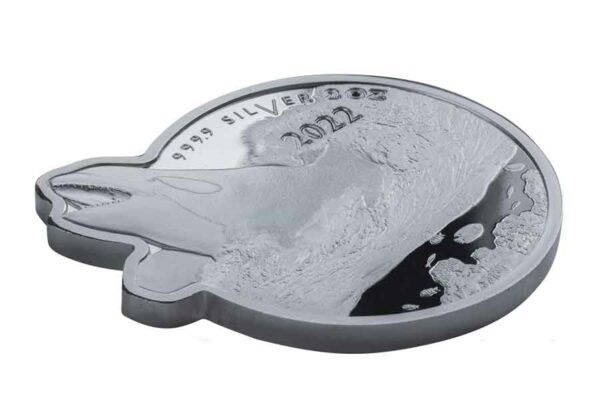 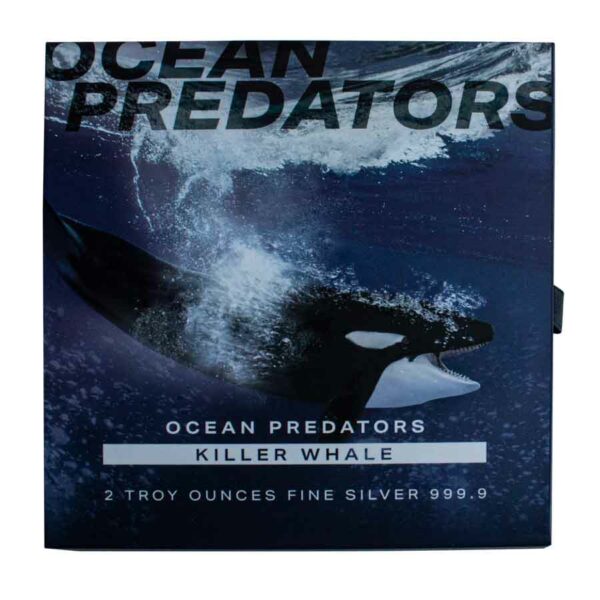 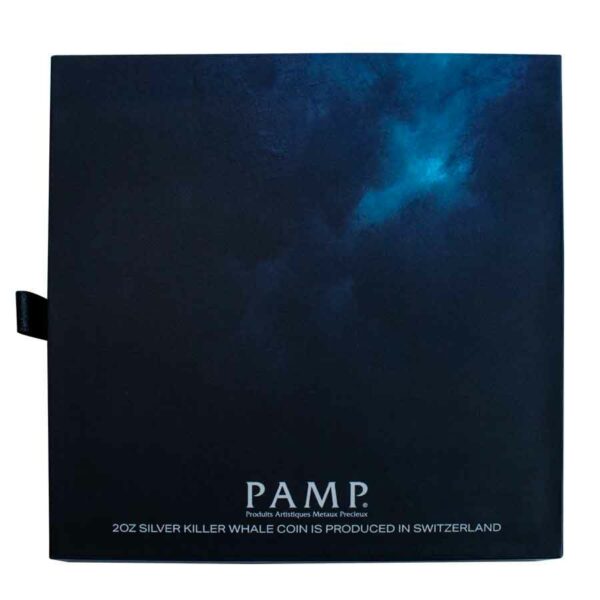 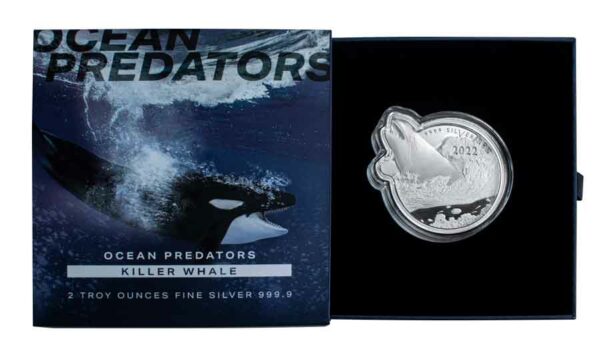 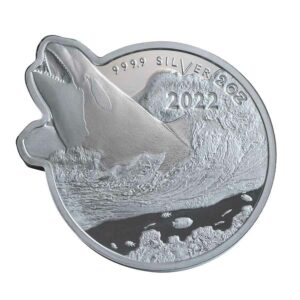 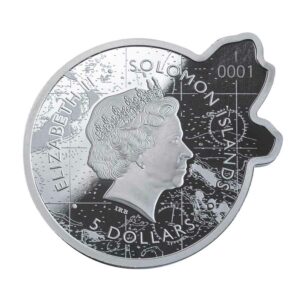 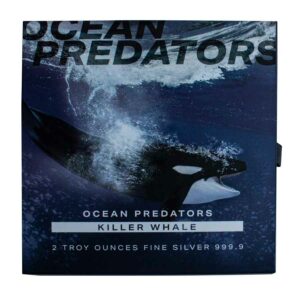 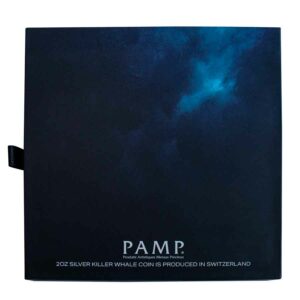 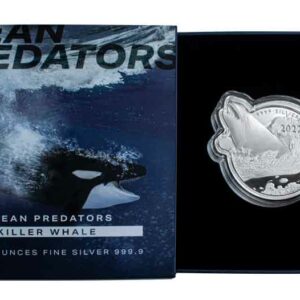 The Killer Whale is the third and final coin in the Ocean Predators series featuring the awe-inspiring animals who dominate the underwater food chain.

Struck from 2 ounces of proof-like quality 99.99% pure silver and it is a legal tender issue of Solomon. The first coin showcases a Killer Whale propelling out of the water to catch its prey.

The series includes the Polar Bear and Great White Shark, and each coin in this series is uniquely shaped to catch the powerful force of each animal’s distinctive attack moves.

The Killer Whale or Orca (Orcinus orca) is a toothed whale belonging to the oceanic dolphin family, of which it is the largest member. It is recognizable by its black-and-white patterned body. A cosmopolitan and social species, Orcas can be found in all of the world’s oceans in a variety of marine environments.  Orca’s can live up to 80 years old and weigh up to six tons, about the size of a school bus.