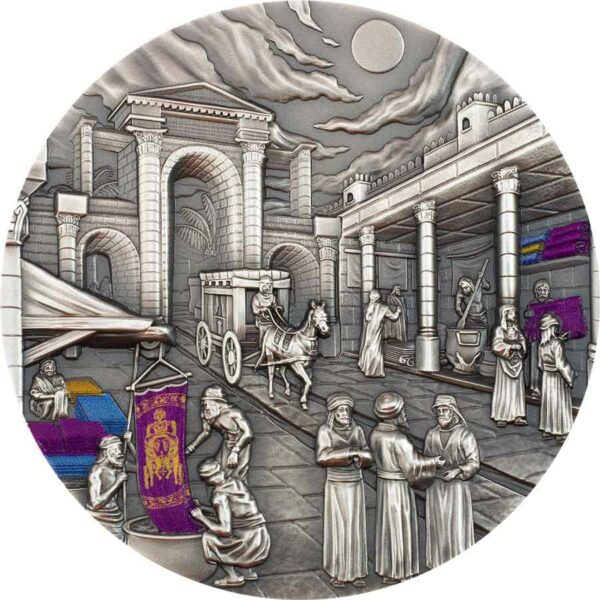 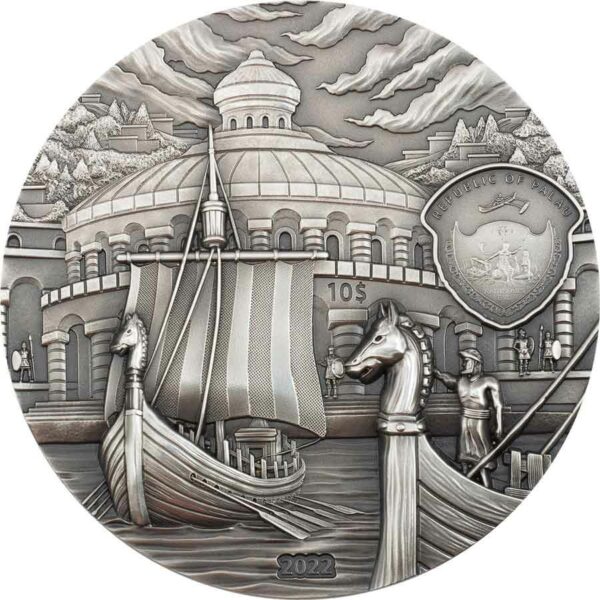 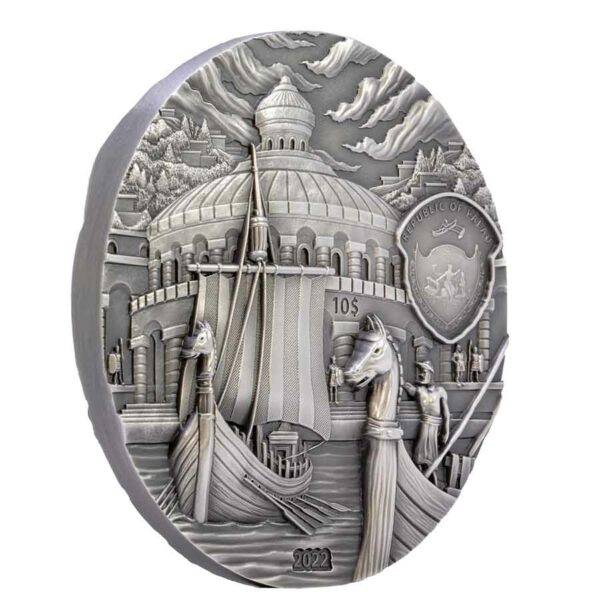 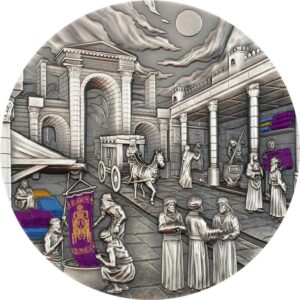 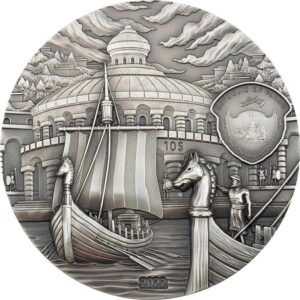 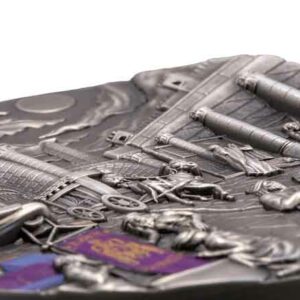 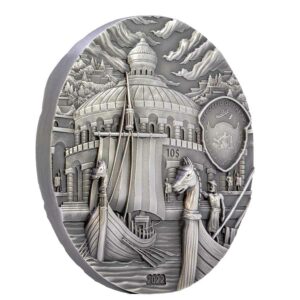 The ‘Phoenicia & Carthage’ is the second release in the Lost Civilization series.  Even more detailed than the previous issue the period comes back to life using enhanced, double sided Smartminting©️ technology.  The coin has discreet color, antique finish and is struck from 2 oz of 99.9% pure silver in the highest quality.  It has a limited mintage of only 555 pcs worldwide and comes in a deluxe box and a Certificate of Authenticity.

The obverse of the coin depicts the main street of Tyre, Phoenicia. With its iconic arch which is still standing today. Traders are portrayed buying and selling expensive cloths dyed in classic Tyrian purple.

The reverse side of the coin depicts two Phoenician ships with the Carthage harbor in the background. Also the Coat of Arms of Palau and the inscriptions: “REPUBLIC OF PALAU” (the issuing country), “2022” (the year of issue) and “10$” (the face value).

Phoenicia was a mighty civilization largely centered in current day Lebanon and established in roughly 2,500 BC. Some of the more notable cities were Tyre, Byblos, and Sidon. The Phoenicians were also renowned for their trade and trade routes around the Mediterranean, creating many colonial settlements like Carthage.

During the Phoenician reign, trade routes were further expanded by their skills in maritime shipbuilding and navigation. Their boats wore sails dyed in Tyrian purple (also known as Phoenician purple or imperial purple) and was a very difficult pigment to acquire as it is produced by extracting a mucous secretion from sea snails.

Even today, Tyrian purple is associated with royalty and is one of the rarest dyes to come by.