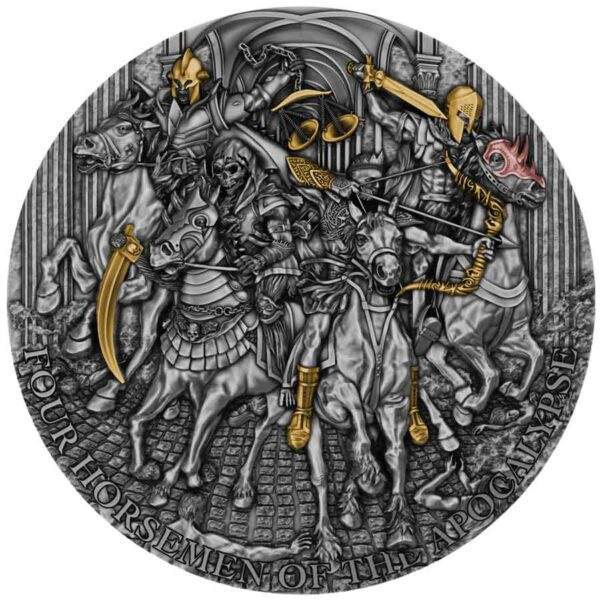 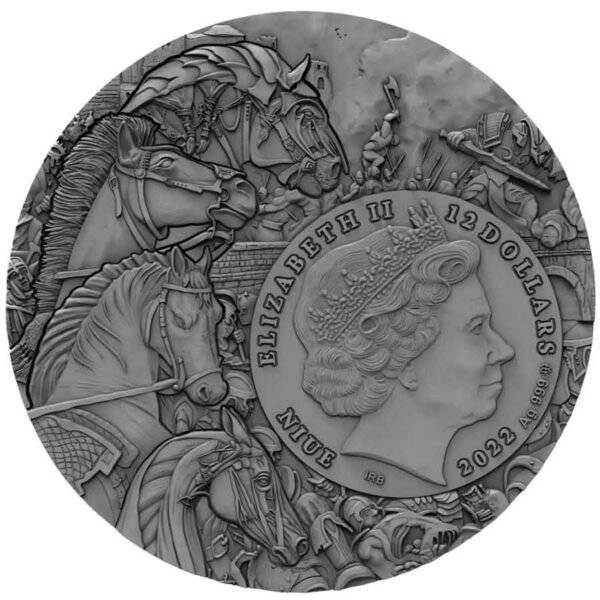 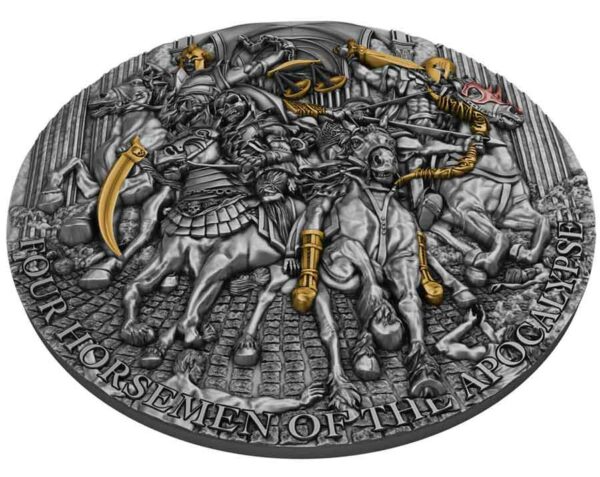 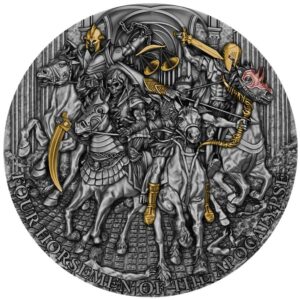 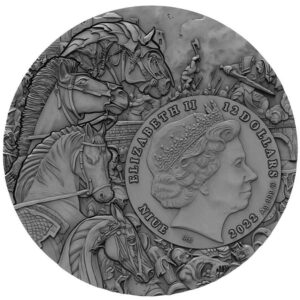 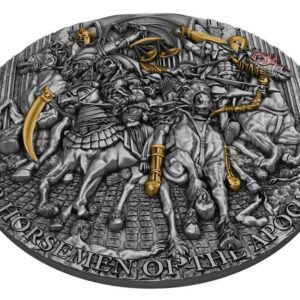 With stunning high relief artwork on both faces, the Four Horseman is further accented with discreet rose and yellow gilding on the reverse.