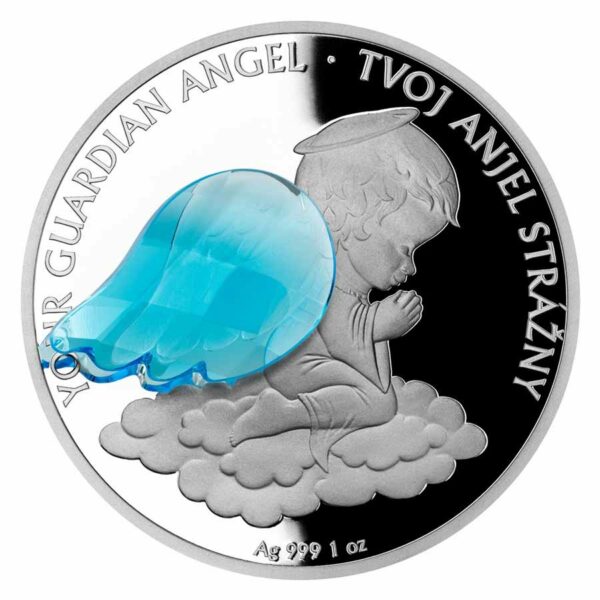 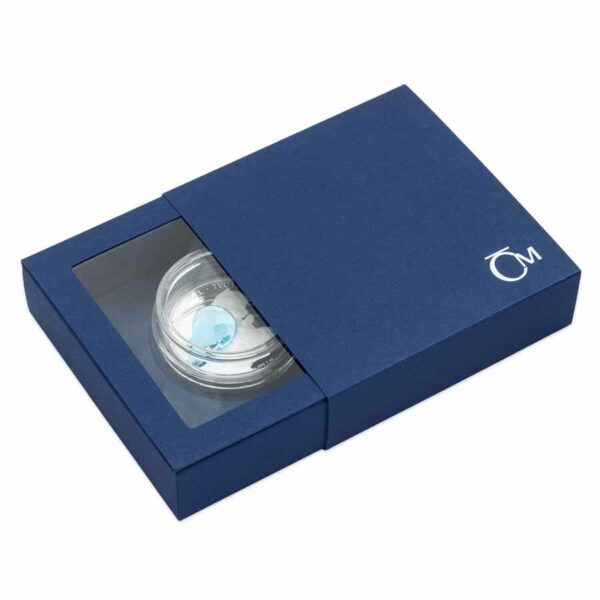 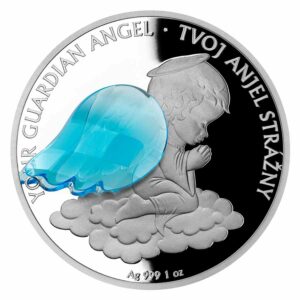 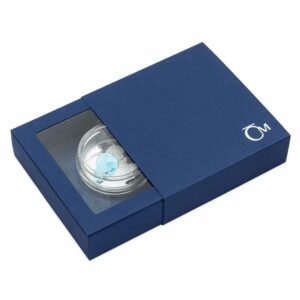 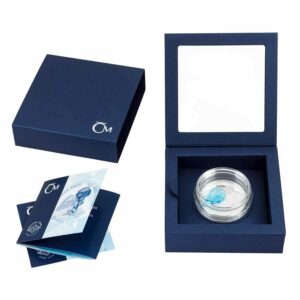 Czech Mint brings blessings for everyone and prepared a charming silver proof coin with a genuine Czech crystal from the Crystal Coin gift line.

A guardian angel is a type of angel that is assigned to protect and guide a particular person, group or nation. Belief in tutelary beings can be traced throughout all antiquity. The idea of angels that guard over people played a major role in Ancient Judaism.

In Christianity, the hierarchy of angels was extensively developed in the 5th century by Pseudo-Dionysius the Areopagite. The theology of angels and tutelary spirits has undergone many changes since the 5th century. Belief in both the East and the West[clarification needed] is that guardian angels serve to protect whichever person God assigns them to, and present prayer to God on that person’s behalf.

The reverse side of the coin, which was processed by the medal maker Petra Brodská, DiS., presents a young child Angel in prayer on her cloud.  The wings are made from Czech cut crystal stone.  The composition of the reverse side is supplemented with a Czech-English inscription of TVOJ ANJEL STRAZNY – YOUR GUARDIAN ANGEL.

Since the coins of the Czech Mint are licensed by the foreign issuer, the island of Niue, they bear the attributes of the obverse – the name and portrait of Queen Elizabeth II, the year of issue 2021 and the nominal value of 2 DOLLARS (WST).