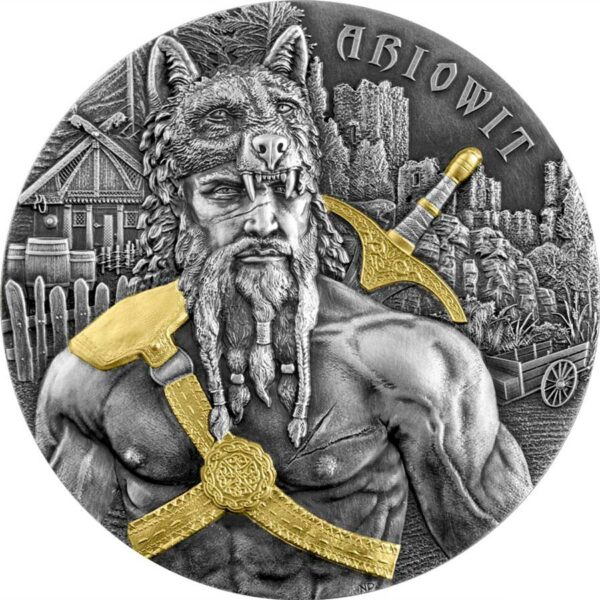 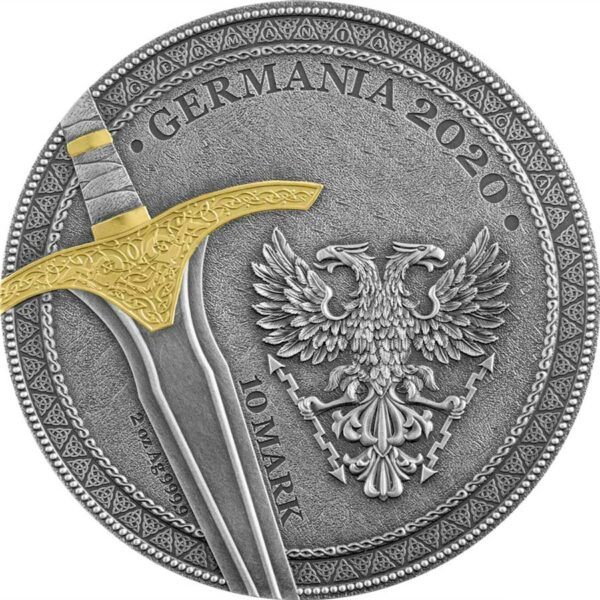 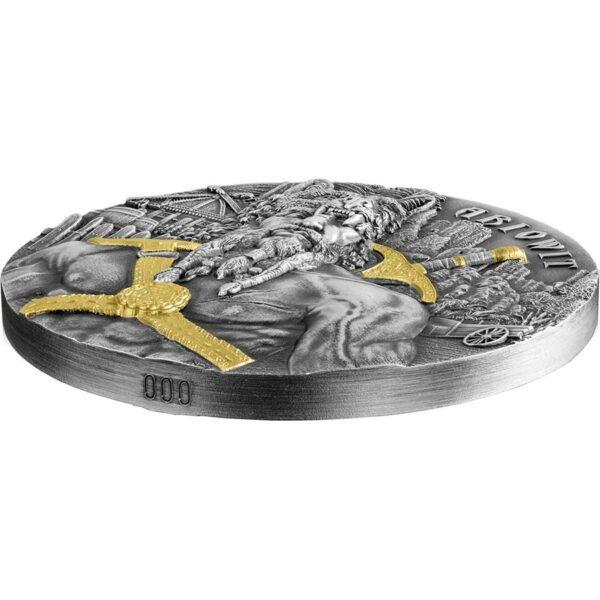 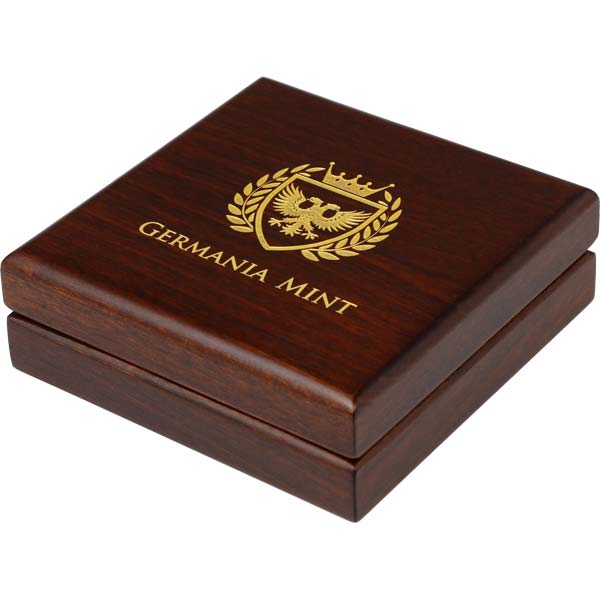 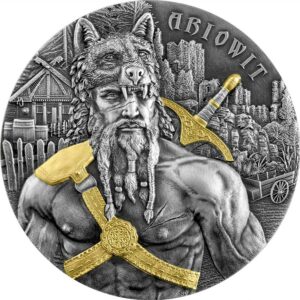 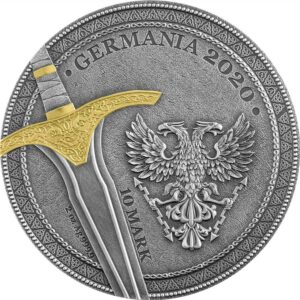 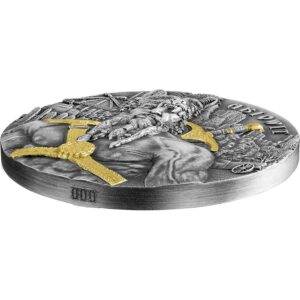 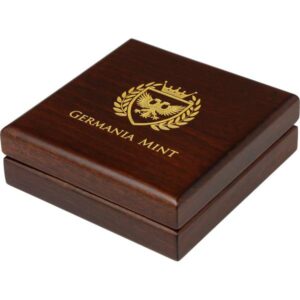 We are pleased to present to you the second coin from “The Warriors” series: Ariowit – the legendary Germanian warrior and leader. He came from a brave tribe whose conquests stretched from the former Gaul to the far reaches of the Indian Peninsula. With unprecedented bravery and determination, he forced Julius Caesar to make peace and give away his sister.

With Ariowit’s strength and powerfully built body, he aroused fear long before the battle began. During the clashes, he gave vent to his innate wild nature, but also to an incredible intelligence. Attacking under cover of night, with his black painted equipment and body, together with his companions he spread terror among enemies through strength, combat skills and a truly hellish appearance.

In the coin design, the village behind Ariowit refers to the background from Berserk – the first “Warrior” coin, shown from a different perspective and creating a coherent whole for the series.

As with Berserk, elements related to the main warrior were hidden on the coin. In Ariowit’s case, the skilled eye of the collector will notice Celtic drawings of wolves hidden on the handles of the sword.