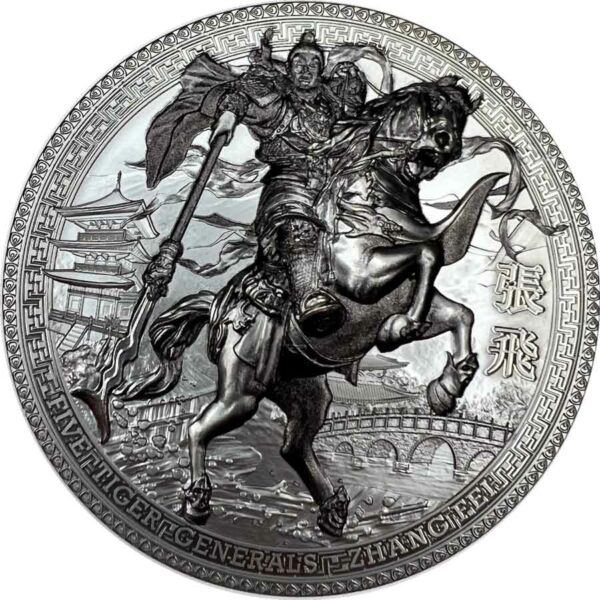 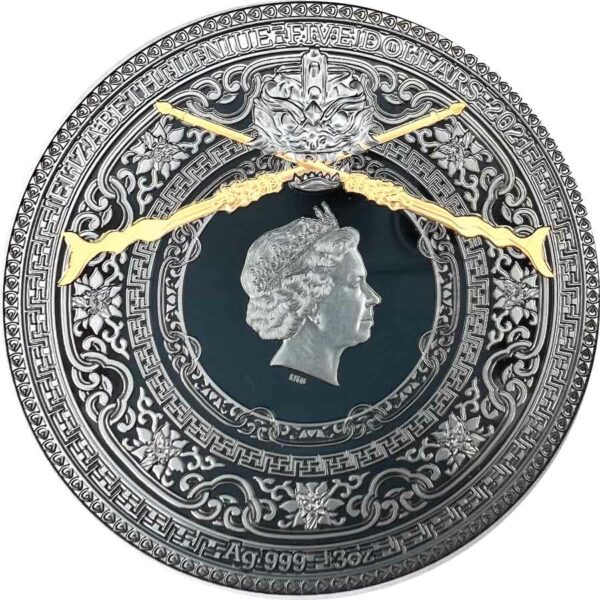 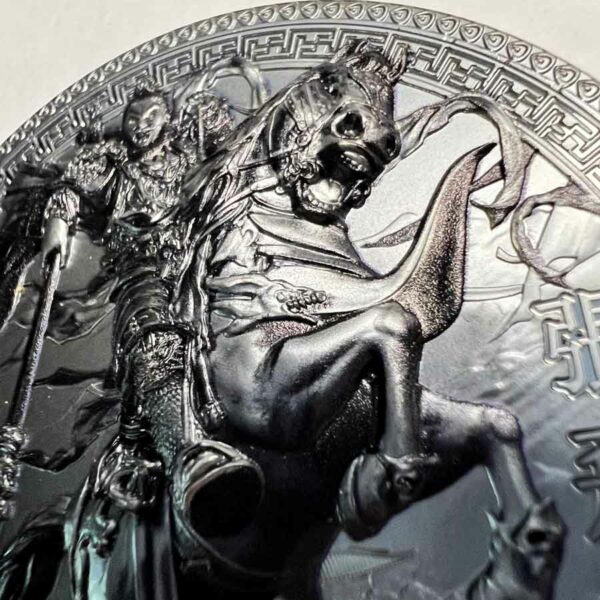 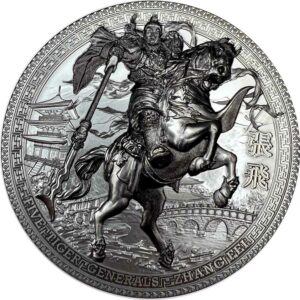 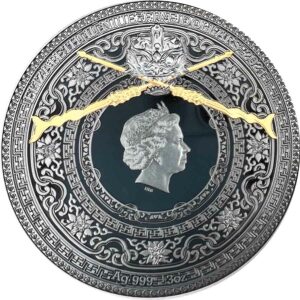 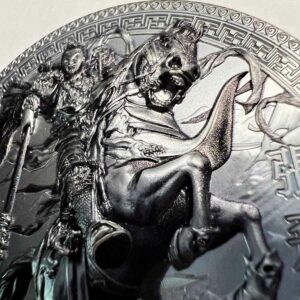 Zhang Fei is the 2nd issue in the ‘Five Tiger Generals’ series, a theme from China’s distant past that is still widely heralded today.  This numismatic masterpiece packs a serious punch with an incredible design, high relief detailing and a lustrous Black Proof finish.