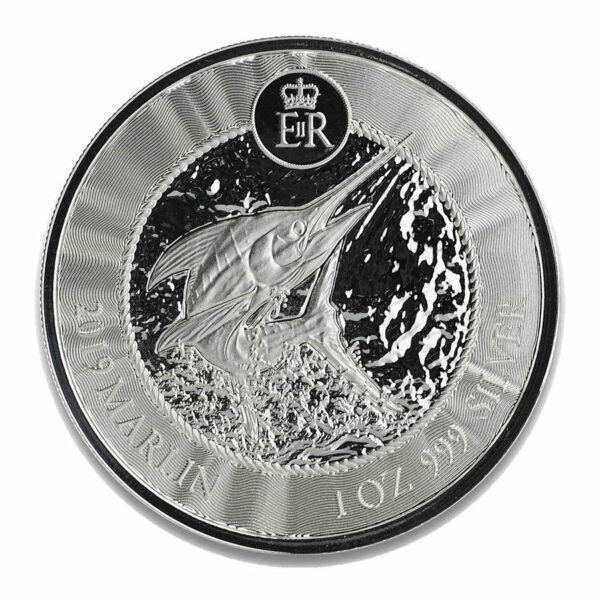 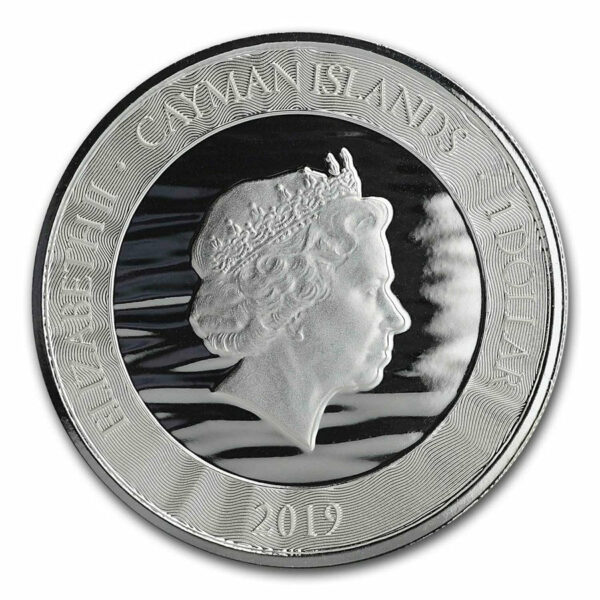 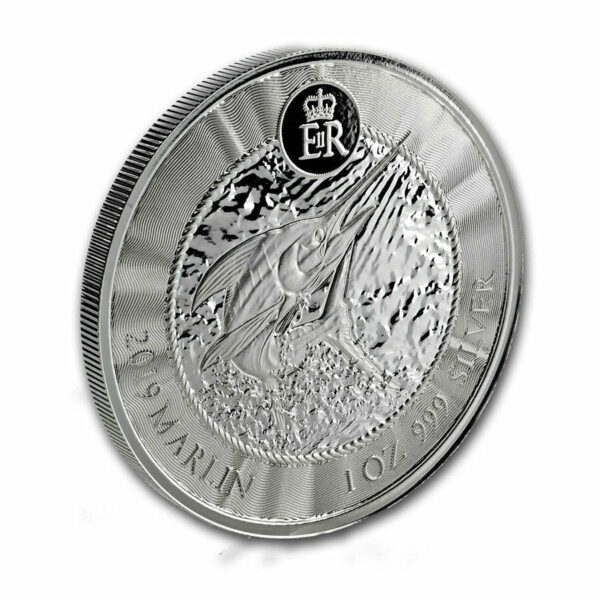 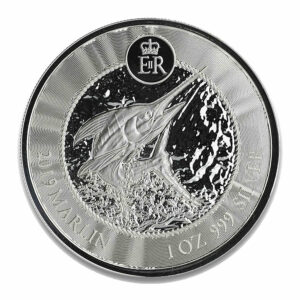 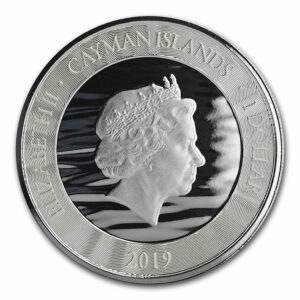 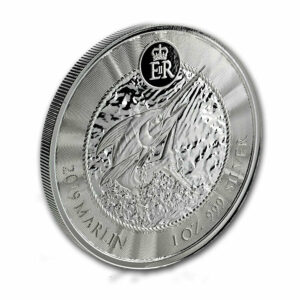 This is the 2019 annual issue of the Marlin from Scottsdale Mint, a limited mintage Silver bullion coin from the Cayman Islands.  The Cayman’s are a chain of islands known for aquatic wildlife and a high standard of living. This beautiful piece showcases a Marlin in full detail leaping off the ocean surface.

Reverse: A spectacular image of a Blue Marlin is shown arcing in the air as it jumps from the water, a light mist trailing the sport fish. Its long bill is vividly portrayed across the coin, recreating the effect of the Marlin using its bill as a weapon to stun or injure its prey.

Obverse: Displays the effigy of Queen Elizabeth II is shown over a wave-like surface, which brings the entire obverse and reverse of the coin together.