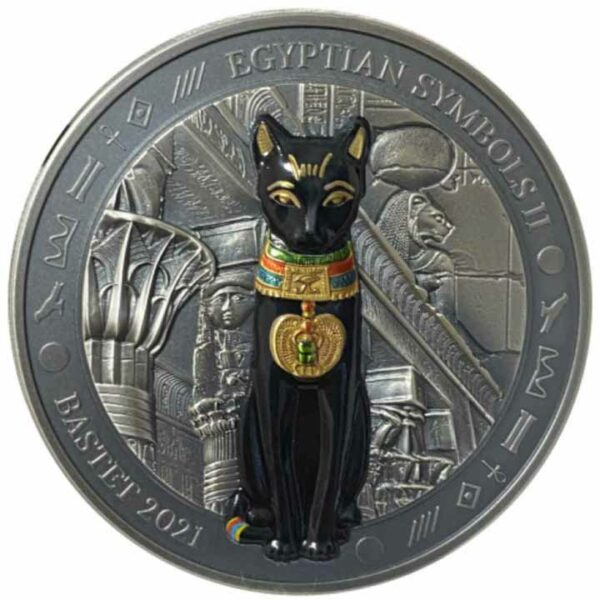 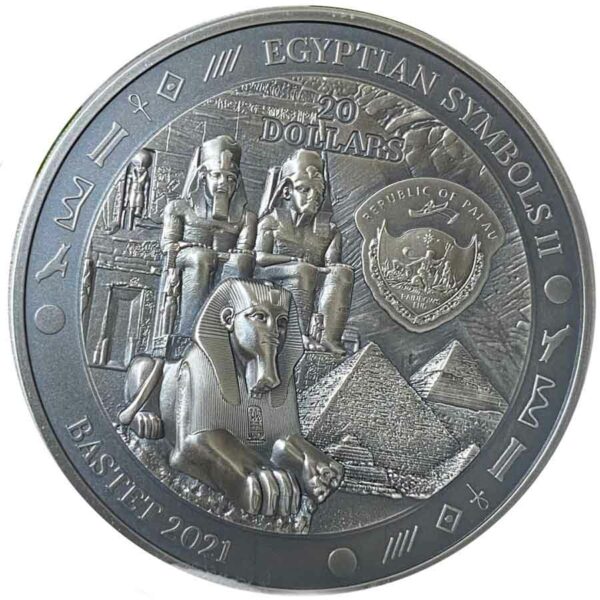 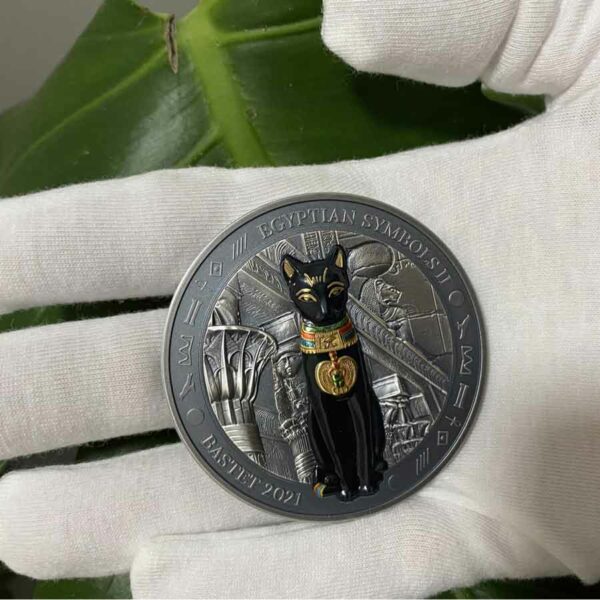 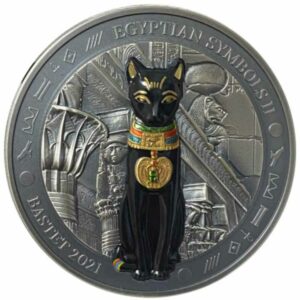 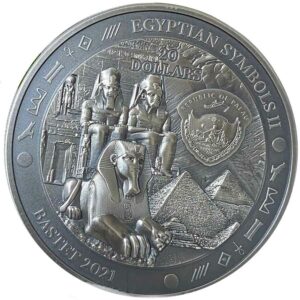 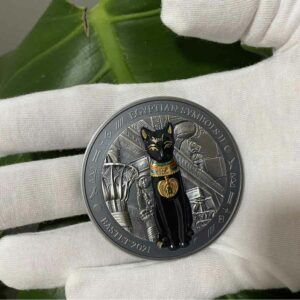 This stunning 3 ounce .999 pure silver coin is brought to you by Numiartis and is the first issue in a new series from Palau, titled Egyptian Symbols II.  It is dedicated to the Egyptian Goddess Bastet and captures in fantastic detail and finishes her classic feline likeness.

Bastet, also known as Bast, was an ancient goddess worshiped in the form of a lioness and later a cat. The daughter of Ra, the Egyptian Sun God.

Bastet was an ancient deity whose ferocious nature was ameliorated after the domestication of the cat around 1500 BC.