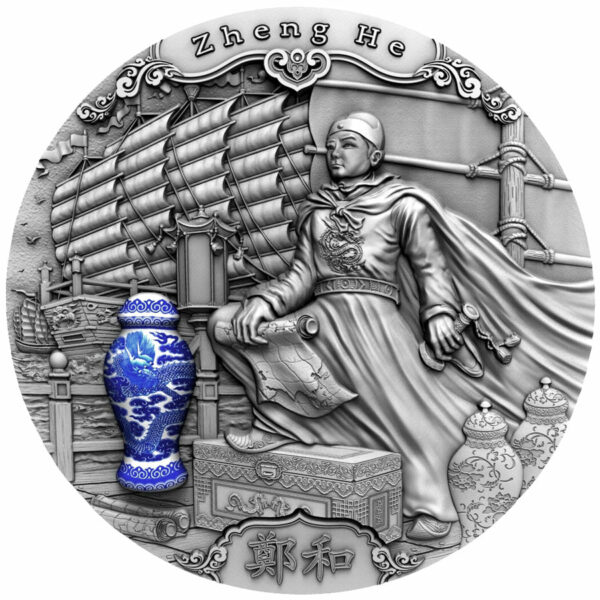 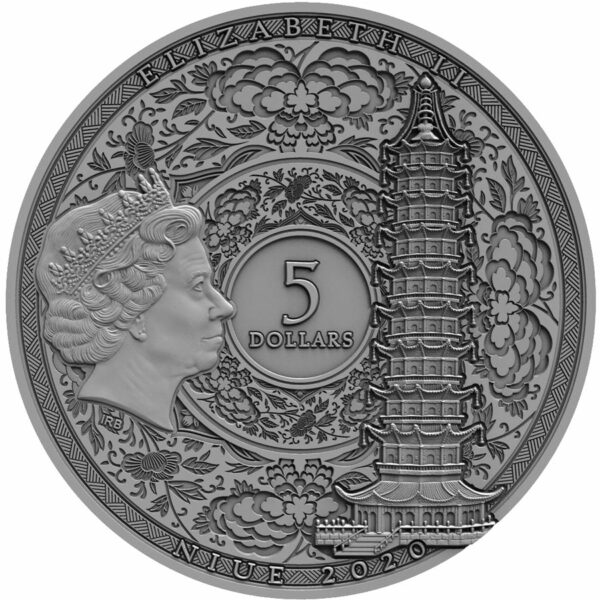 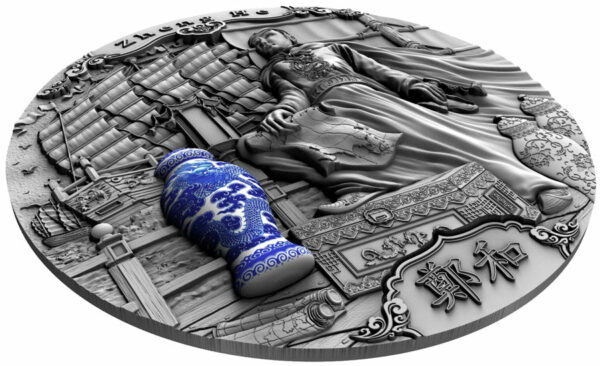 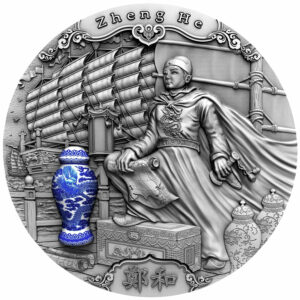 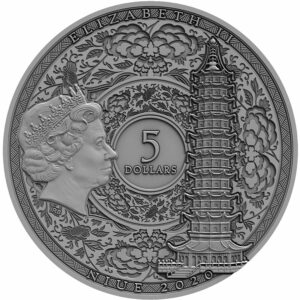 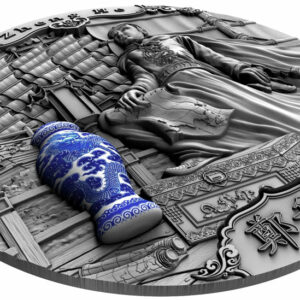 This unique coin was struck from 2 ounces of pure silver and is the first in a new series from Poland Mint, Famous Explorers. This high relief stunner is dedicated to the famous explorer and commander in chief, Zheng He. In order to bring the fine details to life, the coin was first oxidized prior to applying the custom antique finish. Another unique feature that adds to its collectability is the porcelain insert that was hand painted with the greatest of attention and skill.

The reverse presents the powerful admiral Zheng He, who is leading his armada to the “Western Oceans”. In the background there is a baochuan – probably the largest wooden ship ever built. The obverse refers to the Chinese origin of the discoverer by showing the famous Mulong tower, a classic of Chinese architecture.

Zheng He was an explorer, a diplomatic agent and a commander in chef of the great Chinese fleet. As a trusted deputy of the Chinese Emperor Yongle of the Ming Dynasty, he was given an extraordinary mission to accomplish. In 1405 Zheng He set out on his first sea expedition – between 1405 and 1433 the Chinese armada sailed over the Indian Ocean and made seven trips. Zheng He managed to establish diplomatic relations on a unique scale. His expeditions contributed to the development of trade and navigational knowledge. They were considered a demonstration of Chinese power.