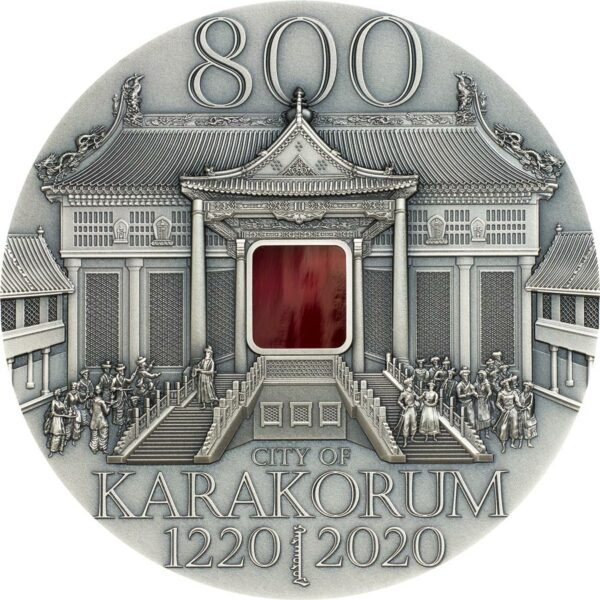 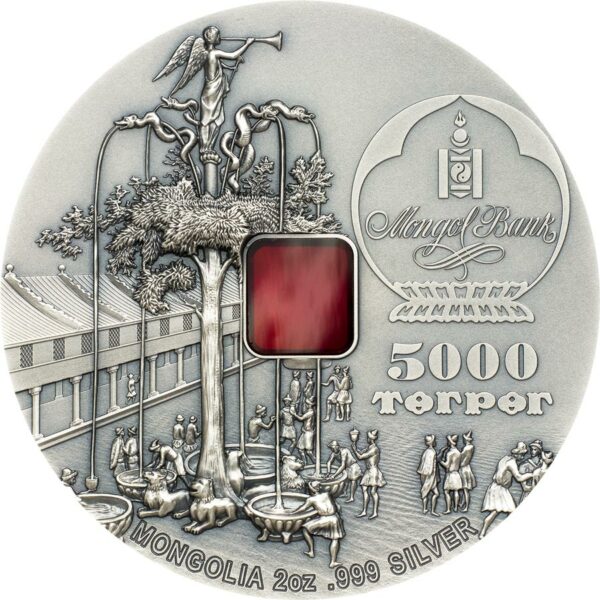 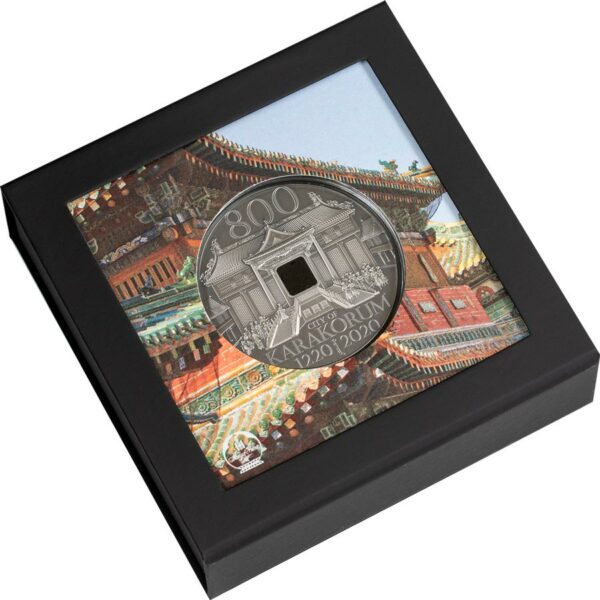 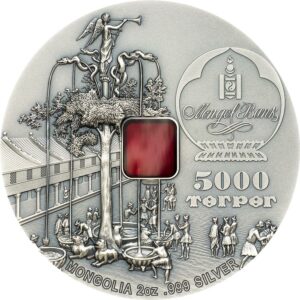 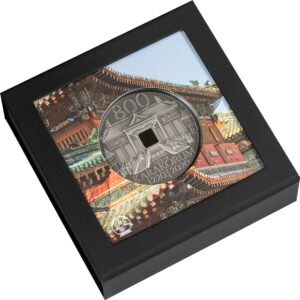 This stunning coin is dedicated to the famous city of Karakorum which was the capital of the Mongol Empire between 1235 and 1260. The site of Karakorum is thought to have been first settled about 750. In 1220 Genghis Khan, the great Mongol conqueror, established his headquarters there and used it as a base for his invasion of China. The year 1220 is generally accepted as the year the foundations of the city were built, hence the 800th anniversary.

In 1235 Genghis Khan’s son and successor, Ögödei, surrounded Karakorum with walls and built a rectangular palace supported by 64 wooden columns standing on granite bases. Many brick buildings, 12 shamanistic shrines, and two mosques were once part of the city, which also was an early center for sculpture, especially noteworthy for its great stone tortoises.

In 1889 the precise location of Karakorum was discovered by two Russian Orientalists working in the area, and in 1948–49 the ruins were explored by members of the Academy of Sciences of the U.S.S.R.

Karakorum uses enhanced smartminting© technology to bring history onto a modern coin. The level of details on this 2 oz piece is amazing and captures the architecture of this magnificent city. The bold colored tiffany glass in the center of the coin is a real eye catcher and it is a wonderful contrast to the coin’s antique finish. This piece only has a mintage of 800.

An appropriate way to celebrate the 800th anniversary of an extraordinary place that was so important to the history of the entire Asian continent.