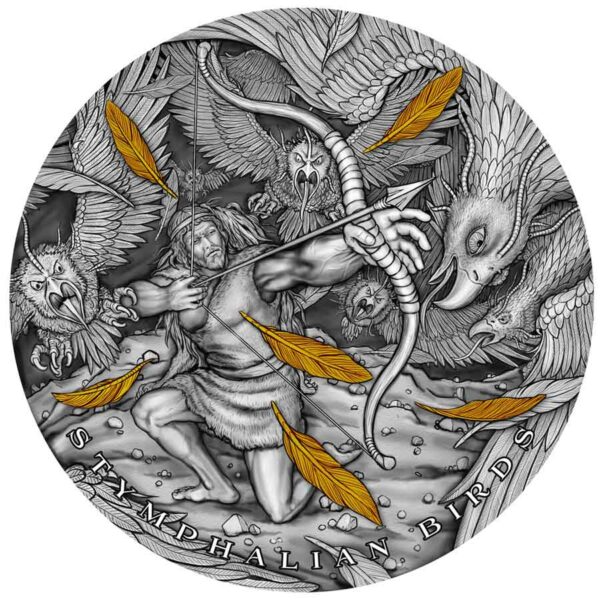 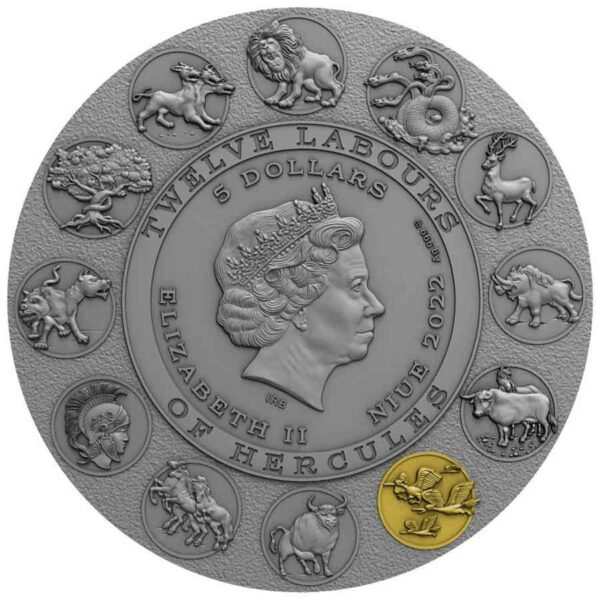 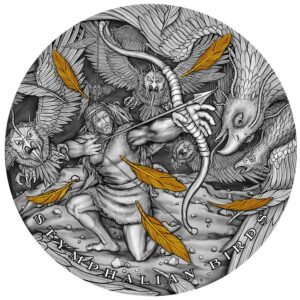 This is the sixth coin in the exclusive series titled “Twelve Labours of Hercules” and it is dedicated to the fabled Stymphalian Birds.  It is once again portrayed in stunning ultra high relief detail on a rimless, antique-finished .999 silver coin.

For the sixth task for Hercules, we head to a marsh in Arcadia, where the Stymphalian Birds; bronze-beaked, metal-feathered and man-eating, had taken up residence.

Said to be either the pets of the goddess Artemis, or the god of war, Ares, they quickly took over the area, destroying crops and people alike. Eurystheus tasked Hercules with clearing them from Arcadia, but the marshy ground would not support his weight.

The goddess Athena gave him rattle (krotala), with she had asked Hephaestus to make.  Hercules climbed to a high-point over the lake the birds lived around, and shook the rattle. The birds took to the air, and he shot many of them with arrows tipped with Medusa’s blood.  Shortly after, the remaining birds fledthe area.