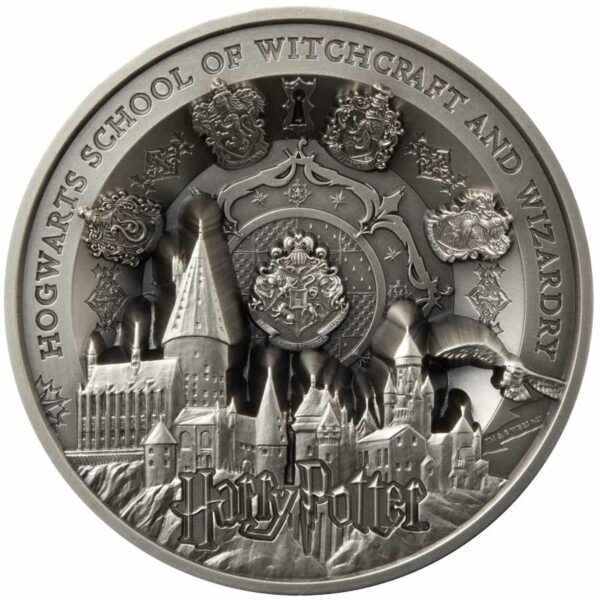 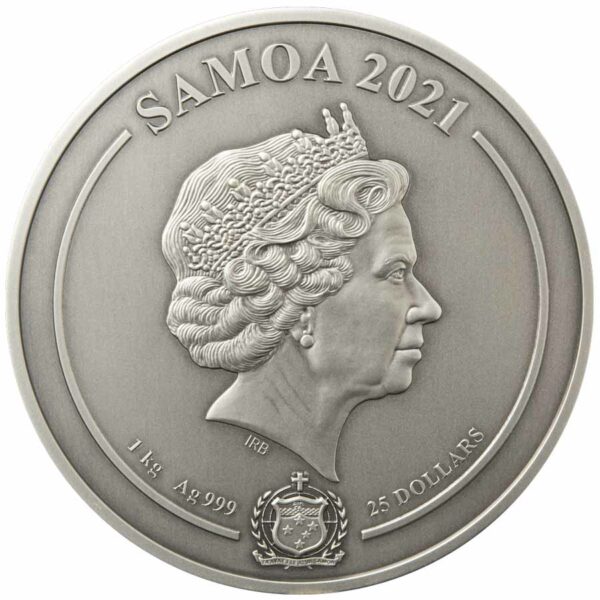 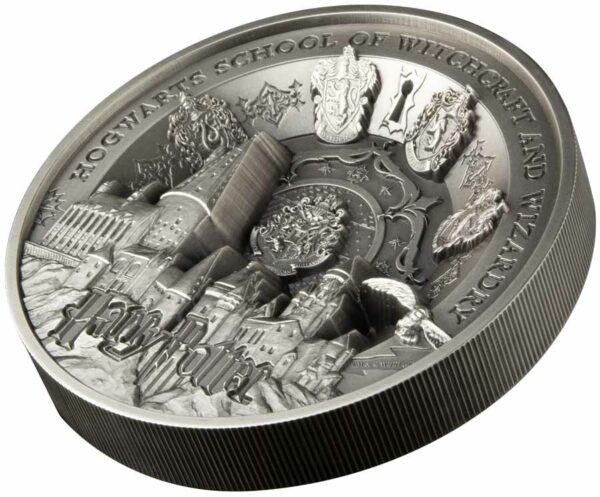 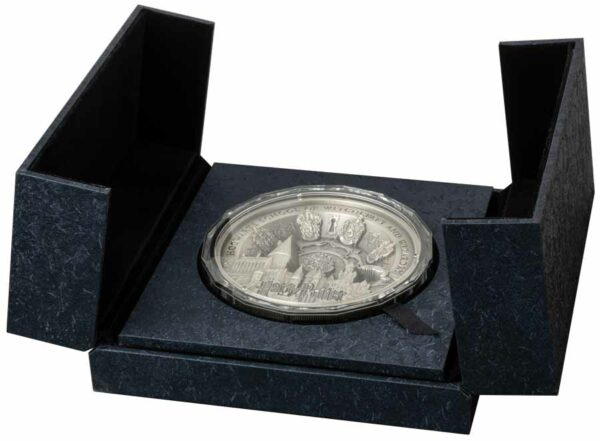 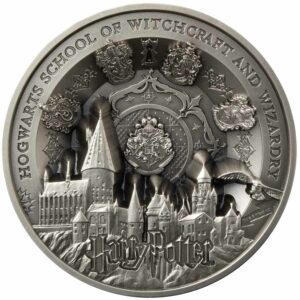 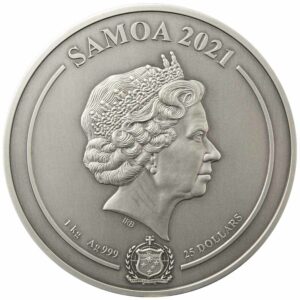 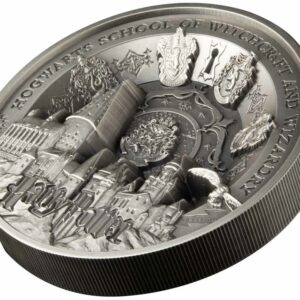 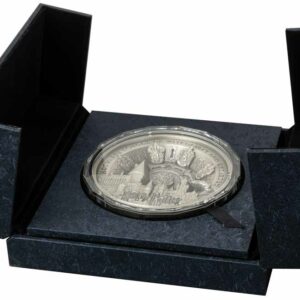 This 1 Kilogram, .999 pure silver issue of Samoa is part of the officially licensed Harry Potter Coin Program.   This incredibly detailed and crafted silver coin is dedicated to the instantly recognizable Hogwarts Castle.

Hogwarts Castle was a large, seven-story high structure deeply enveloped by magic.  A genuine labrynith, the Castle boastsh a hundred and forty two staircases throughout its many towers and turrets and very deep dungeons. The castle was built in the late Early Middle Ages (c. 993) by a wizard architect and the four most celebrated wizards of the age: Godric Gryffindor, Helga Hufflepuff, Rowena Ravenclaw and Salazar Slytherin. The castle was the main building of Hogwarts School of Witchcraft and Wizardry, regarded as the finest wizarding school in the world.