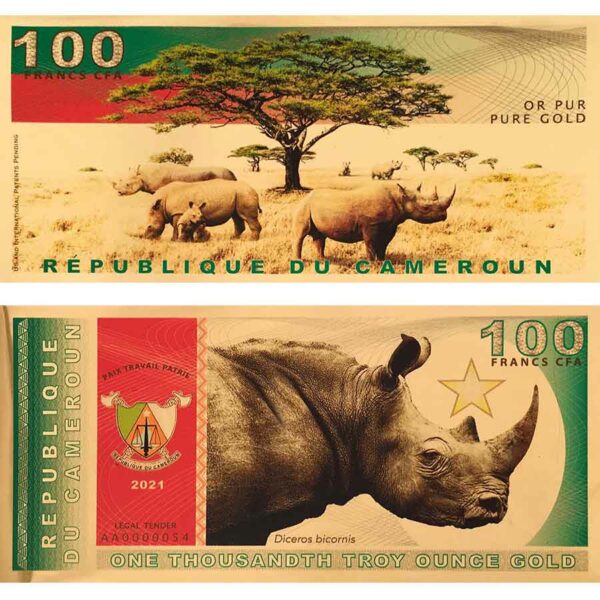 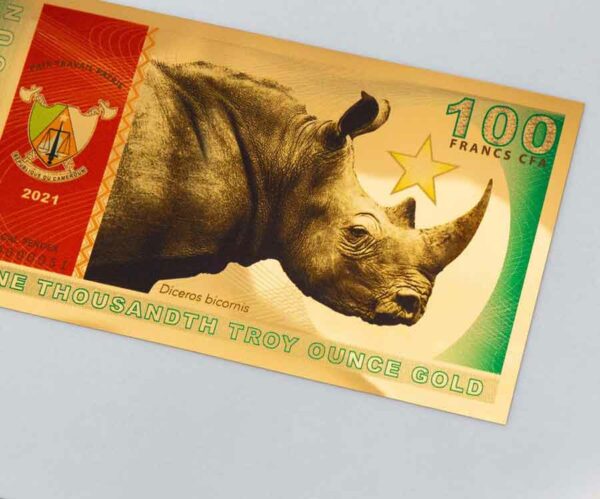 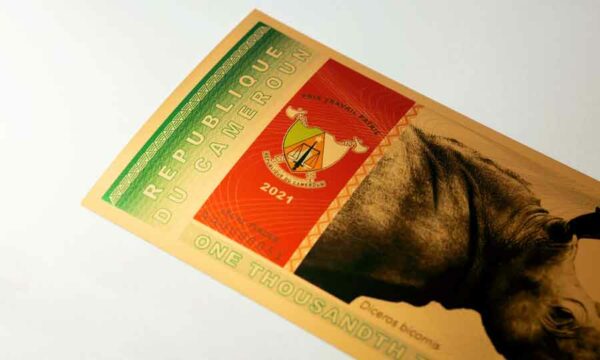 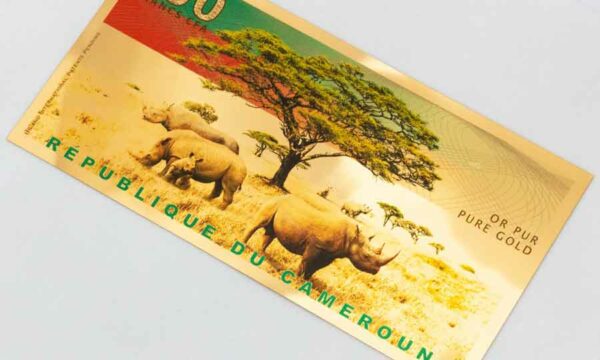 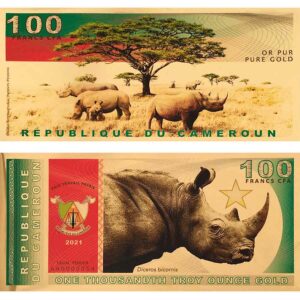 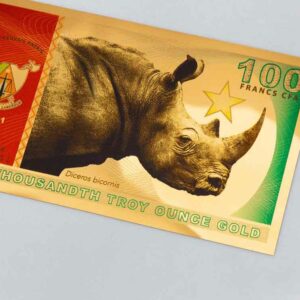 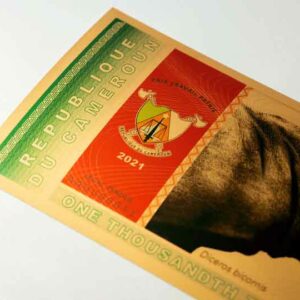 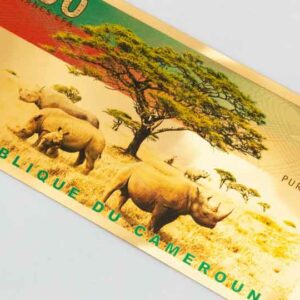 Republic of Cameroon has selected Valaurum to manufacture its latest legal tender issue. The 100 Francs CFA Black Rhinoceros Aurum® gold bill commemorates the critically endangered black rhinoceros (Diceros bicornis) in 24K gold. This Aurum® is one of the first banknotes in the world issued by a major government using Valaurum’s proprietary and patented Aurum® gold technology.

Today, black rhinoceros are critically endangered due to poaching and black-market trafficking of rhino horn. The black rhinoceros population dropped sharply between 1960 and 1995, and at one point, as few as 2,500 survived in the wild. Conservation groups have been working tirelessly to bring this species back from the brink of extinction, and their population is slowly starting to recover.

This 24k pure gold Aurum® both celebrates and supports this rare animal.  Valaurum will donate 10% of proceeds to help fund rhinoceros conservation in Africa, allowing you to invest in both your own future and the future of this incredible animal.

The obverse of this issue features a single black rhinoceros (Diceros bicornis) shown in profile with a gold star and the Coat of Arms of the Republic du Cameroun. On the reverse, we see a family of black rhinoceros under an acacia tree. The red and green color palette is a reference to the Cameroonian flag.

Each bill is printed with a unique serial number.