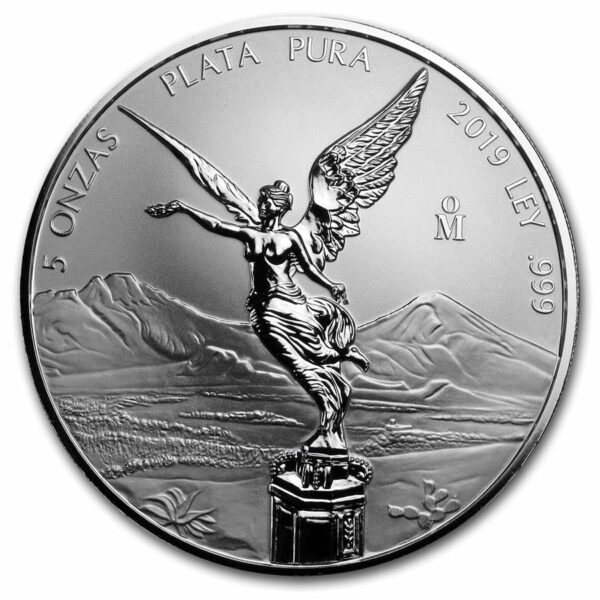 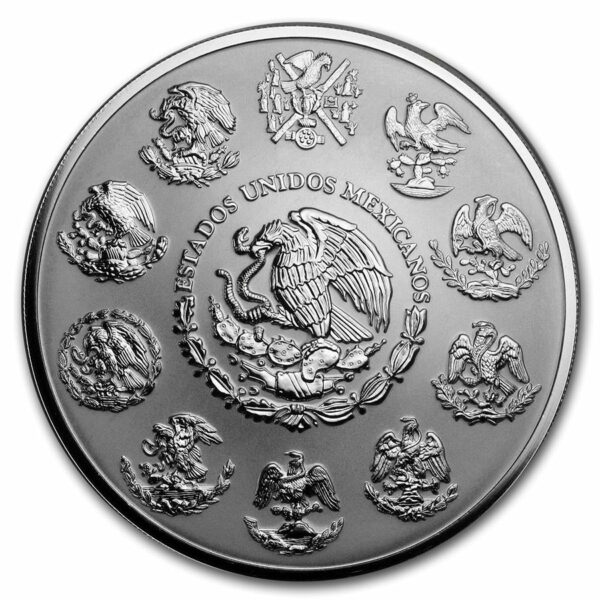 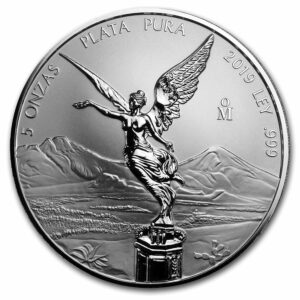 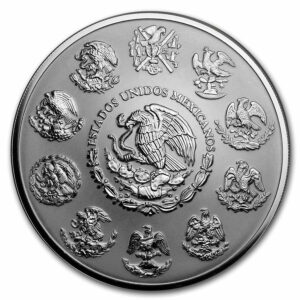 This gorgeous 2019 5 oz Libertad carries on the Silver Libertad’s rich and proud tradition with fabrication in a Reverse Proof strike, the third year of issue with this finish. There is a limited mintage of just 2,100 pieces worldwide, making these great for long term investment.

The Winged Victory, also known as the Angel of Independence, or the Angel for short plays a large part in Mexico’s history. Originally finished in 1910, the statue of the Angel in Mexico City was built to commemorate Mexico’s independence from Spain. The Angel is a version of the Roman goddess of victory, Victoria. The crown of laurel is for placing on the heads of victorious independence revolutionaries, and the broken three-link chain in the other hand represents three centuries of Spanish rule before Mexicans broke from Spain. The Winged Victory is a vital symbol of Mexico, and only fitting she be featured on the well-known Libertad coin series.