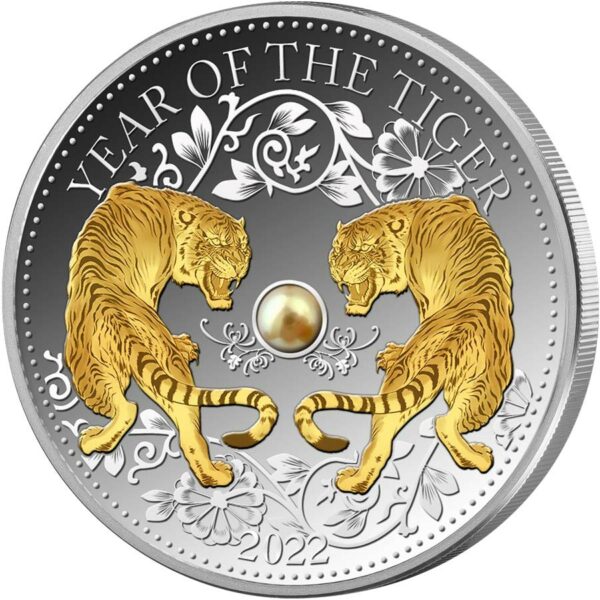 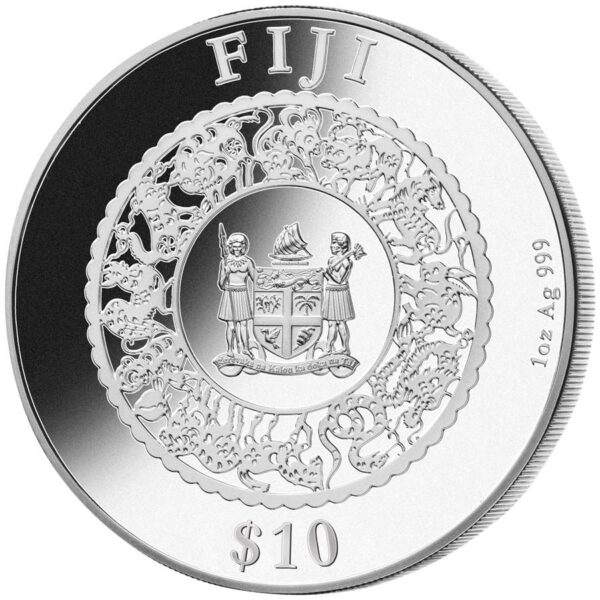 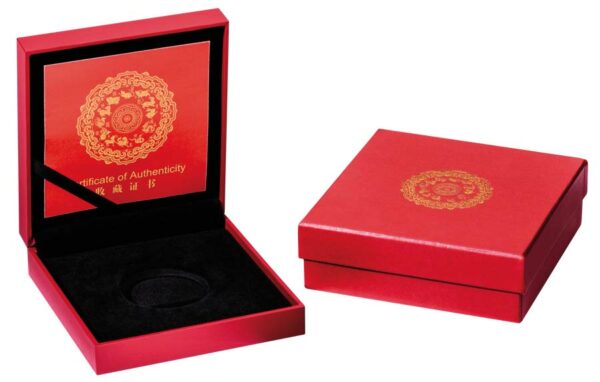 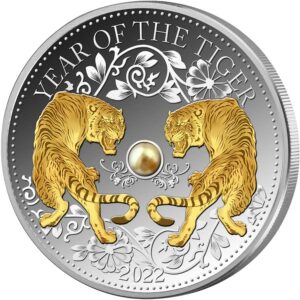 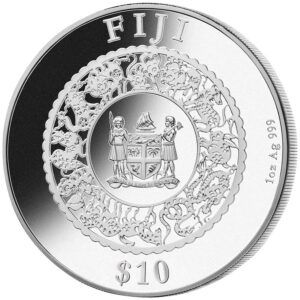 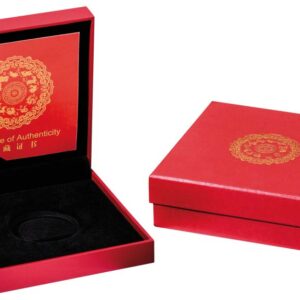 This is the latest Lunar Calendar issue of Fiji and it’s dedicated to the Year of the Tiger.  The reverse features two Tigers, plated in 24K gold circling a genuine Apricot Freshwater Pearl in the center.

The Lunar Tiger is 1 full ounce of .999 pure silver and is struck in brilliant proof quality.

The Tiger is the third of all zodiac animals. According to one myth, the Jade Emperor said the order would be decided by the timing in which they arrived to his party. The Ox set off the night before and was first. Tiger arrived early the next morning and was second. Rat secretly climbed onto Ox and jumped down when he saw the Jade Emperor. Ox and Tiger were pushed back to second and third. Despite his protests, Tiger could only settle with being the third zodiac animal.