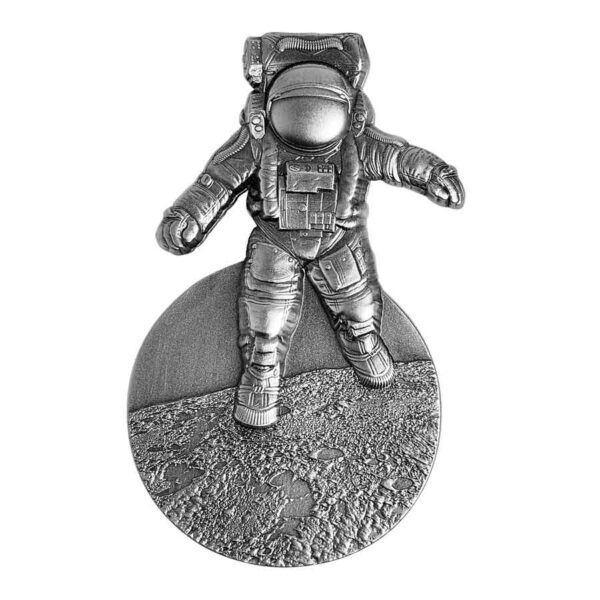 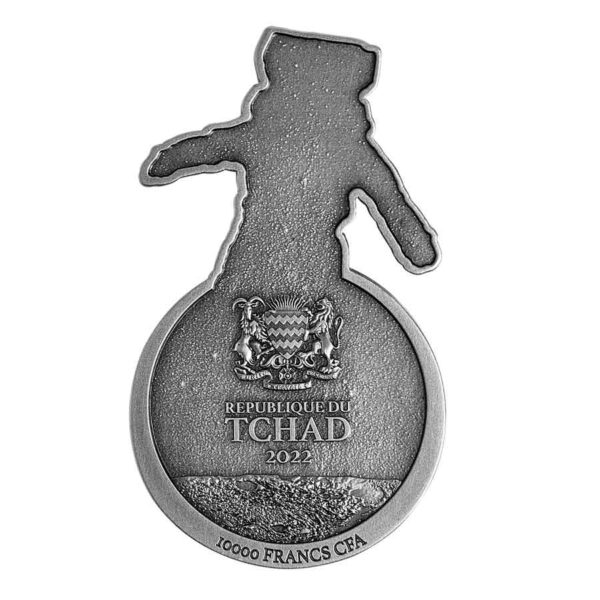 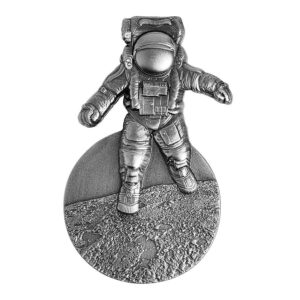 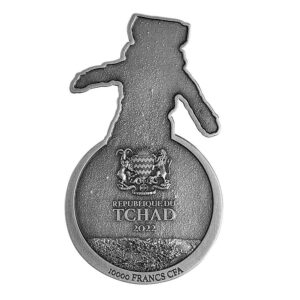 Legal tender of Chad, Astronaut on the Moon is crafted from 2 oz of 999 pure silver and is minted with precision to deliver its fine details in a super-high relief.  This is a limited edition of 500 pieces only and each coin delivers with a Certificate verifying its edition number and authenticity.

In the 60s, national pride was focused almost entirely on Kennedy’s vow to put a man on the moon. There had been many failed attempts to make this a reality and the lives of some NASA astronauts had been lost along the way. Russian successes ahead of US efforts had made the process of landing on the moon more about national pride than about scientific achievement.

The moon landing in July of 1969 was watched by people all over the world. Americans cheered and celebrated this feat that had never been done before with a combination of national pride and wonder about the future. Would people live on the moon someday? Neil Armstrong’s iconic walk on the surface of the moon was a turning point in the use of science to conquer space and many advances to technology and scientific discovery today stem from his first few steps on the powdery surface of the moon.

Don’t miss the color edition:  Astronaut on the Moon