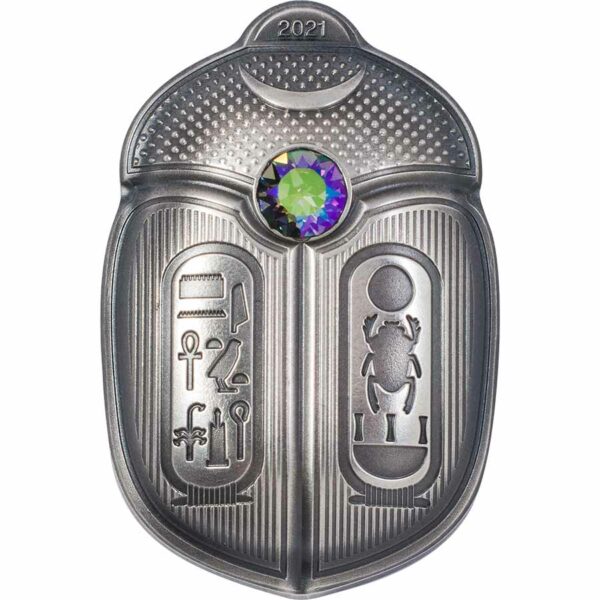 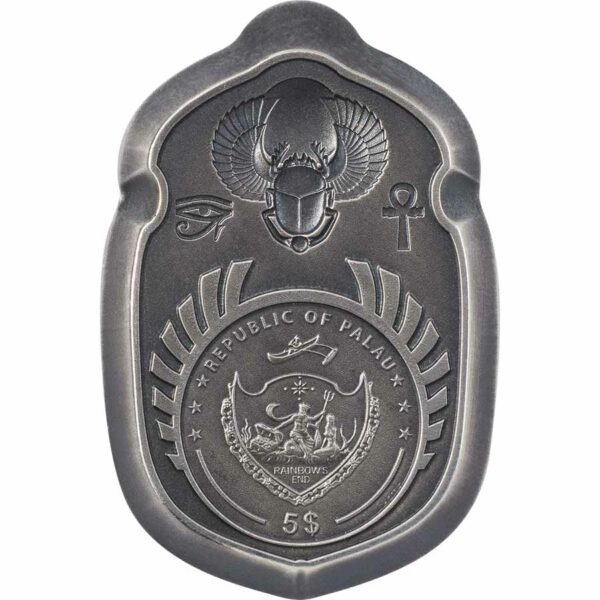 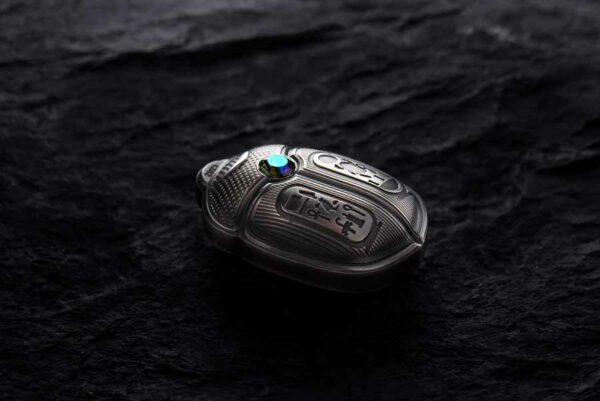 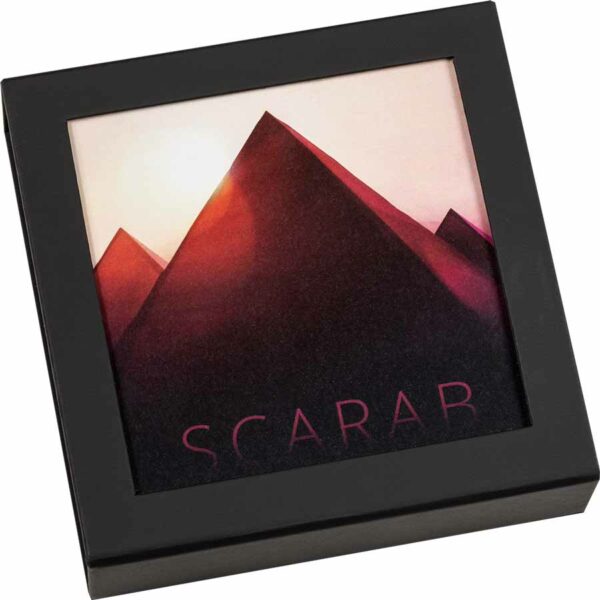 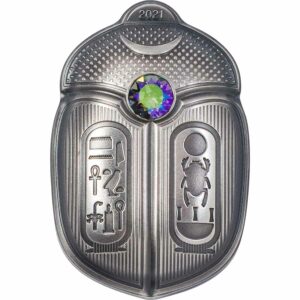 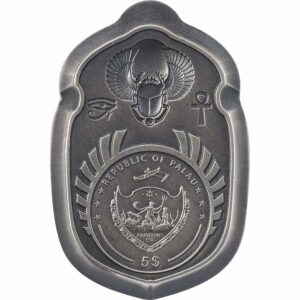 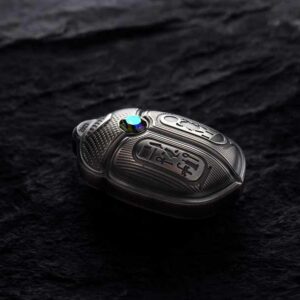 With this stunning shaped coin, the symbol of a scarab beetle is paired with one of the most famous Pharaohs to ever live, Tutankhamun. His tomb opening celebrates its 100th anniversary in 2022. In ancient Egyptian religion, the god Ra whose eye is also depicted on the obverse together with the Ankh or Key of Life, is seen to roll the sun across the sky each day, transforming bodies and souls.

Thanks to the enhanced smartminting® technology this is a numismatic piece of art in a 1 oz silver ultra-high relief with an integrated and specially developed iridescent crystal from Swarovski.

It is further decorated with two names of Tutankhamun in the hieroglyphene style. His own individual name and his title as a Pharaoh which was also found on his throne when it was discovered 100 years ago.