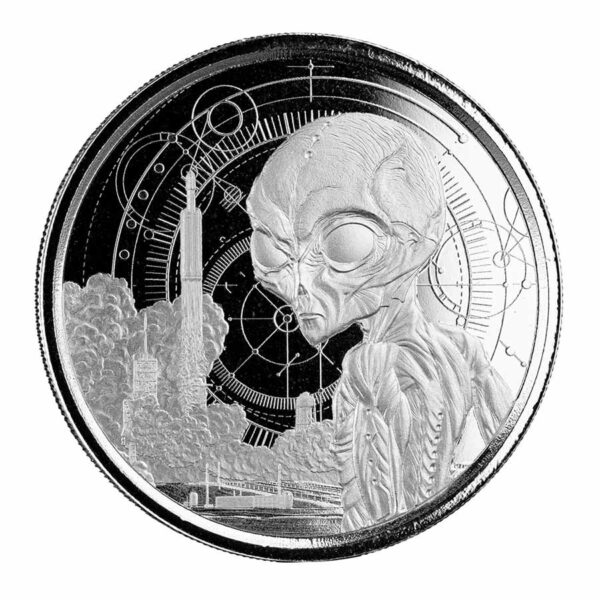 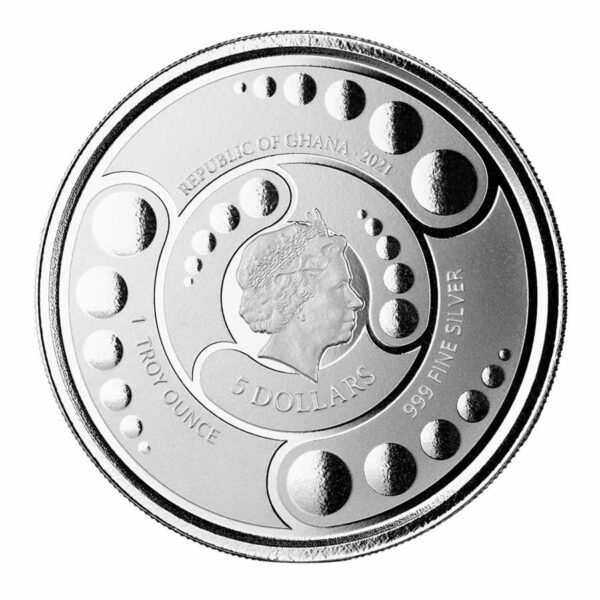 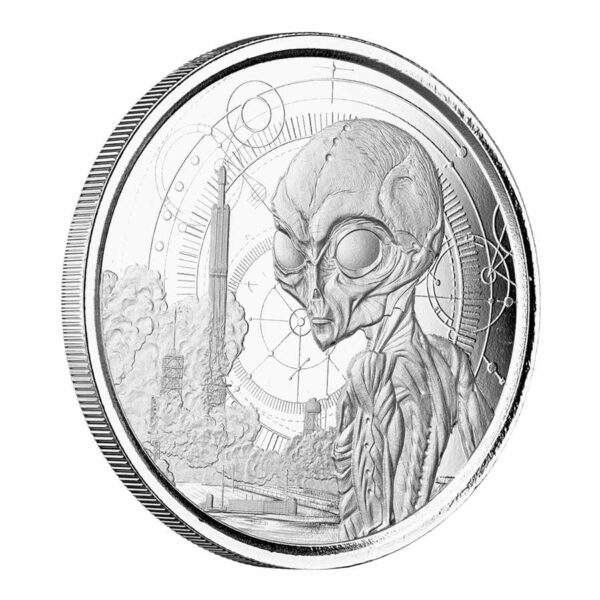 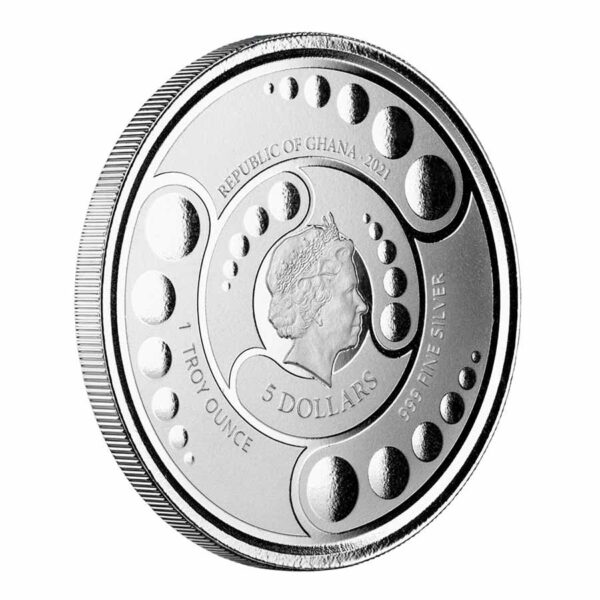 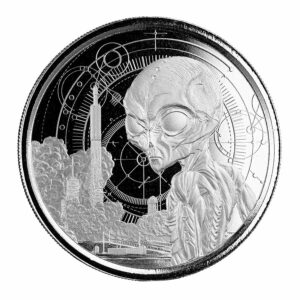 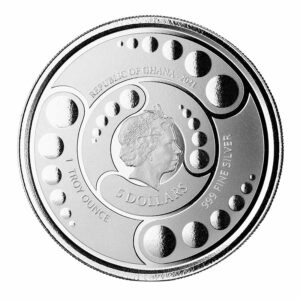 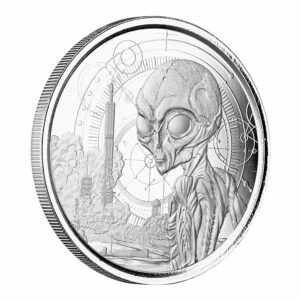 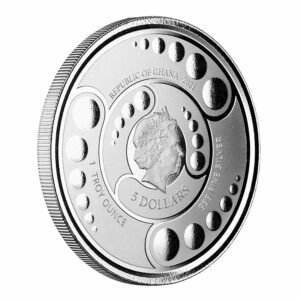 People have always been interested in the idea of extraterrestrial life.  From books to movies, stories and rumors about otherworldly beings are everywhere now. NASA just recently released footage of UFOs and people are hearing strange noises all over the world.

This 5-Coin program from Scottsdale Mint and the Republic of Ghana Alien Coin is the ultimate in alien collectibles that starts with this Brilliant Uncirculated version.

Struck from 1 troy ounce of .999 pure silver, the reverse depicts an alien in front of a rocket launching from earth and a futuristic design in the background. Mintage is held to just 25,000 pieces worldwide.

The series, that also features Antique, UV Colored Proof and UV Black Rhodium versions, shine a light on a mysterious alien and its mission to spread new technology across earth – thus helping humans evolve further as a species.

Part of the Ghana 5-Coin Alien program
Contains 1 ounce of .999 fine silver
Low mintage of just 25,000 pieces
Manufactured by Scottsdale Mint and legal tender in the Republic of Ghana