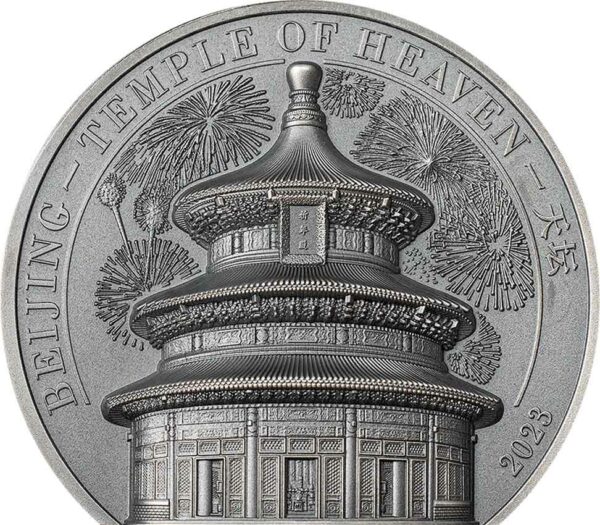 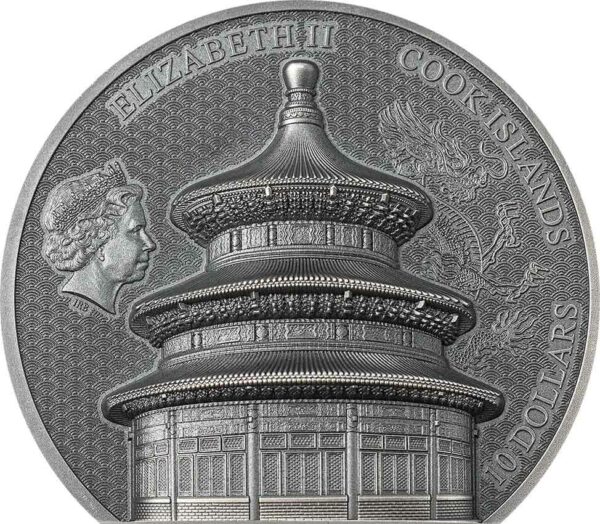 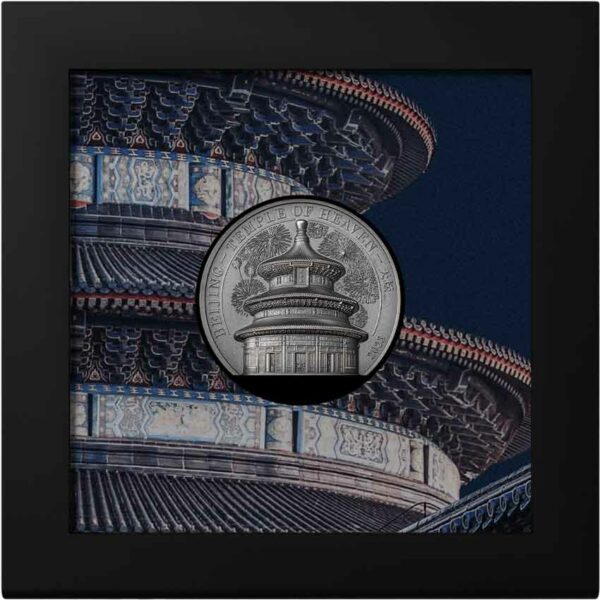 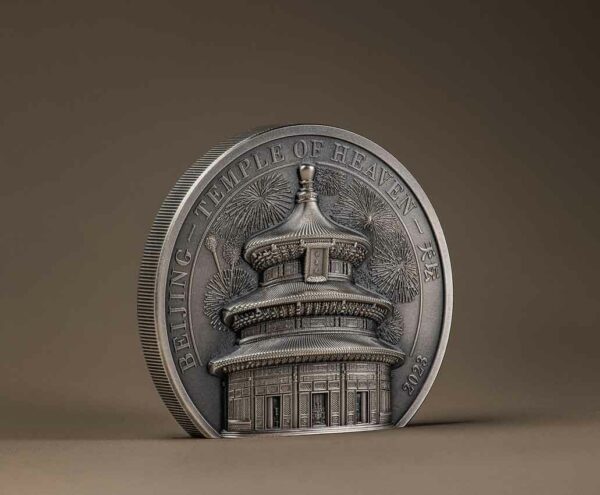 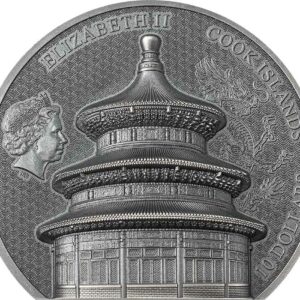 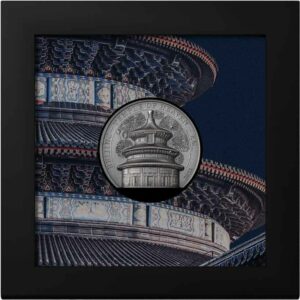 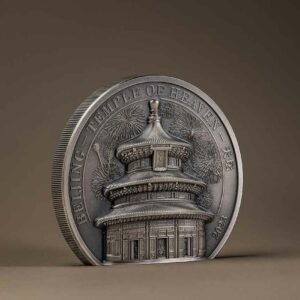 This 2 ounce ultra high relief silver coin is dedicated to the Temple of Heaven which is considered to be the supreme achievement of traditional Chinese architecture. The most impressive and famous structure of the temple complex is the Hall of Prayers for Good Harvests. Built on three levels of marble stone, it is made entirely of wood without any nails.

The astonishing assembly hall served the emperors of the Ming and Qing dynasties for offerings to heaven in pursuit of rich harvests. Built in 1402 in Beijing, the construction of this architectural marvel reached completion in 1420, along with the Forbidden City. Unfortunately, the original complex burned down in a fire caused by lightning in 1889. A few years later it
was rebuilt identical to the original.