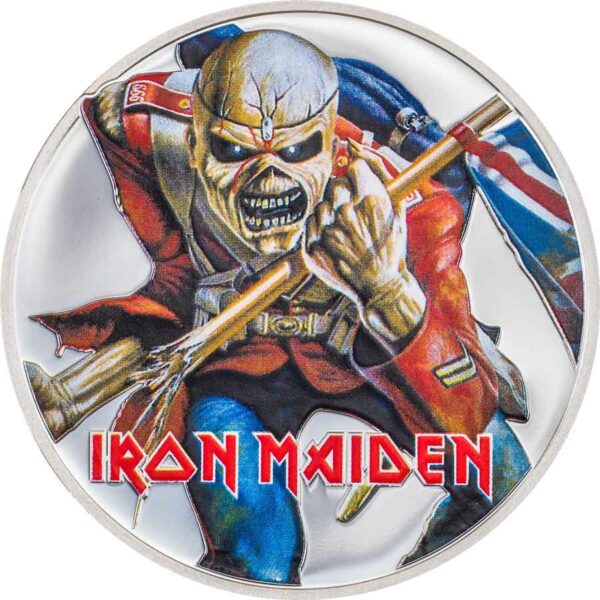 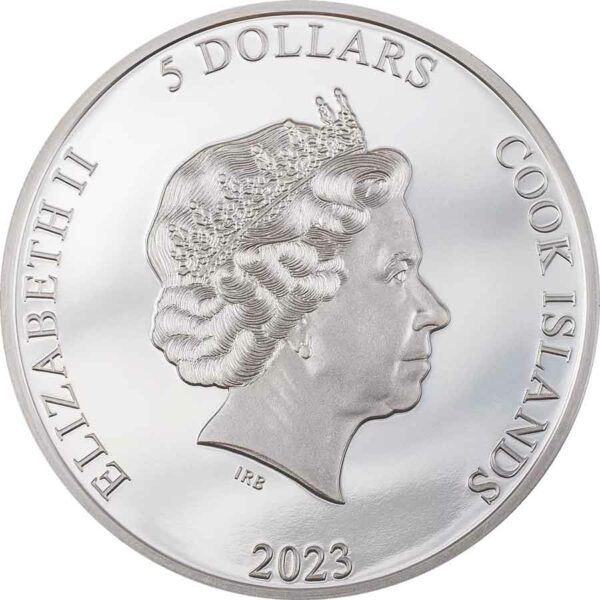 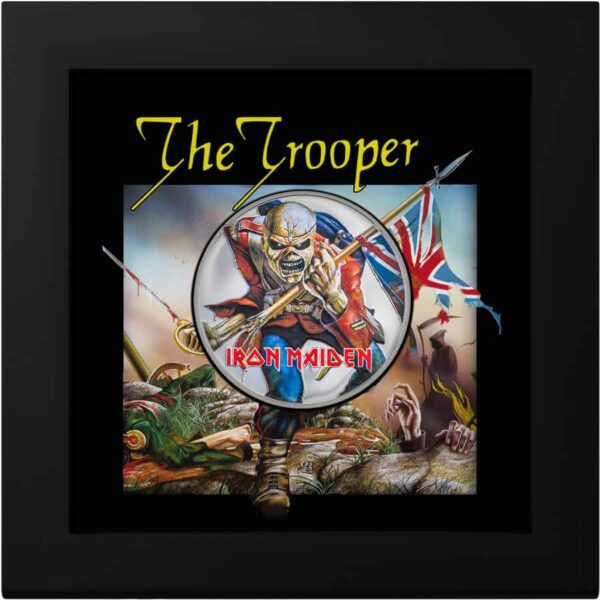 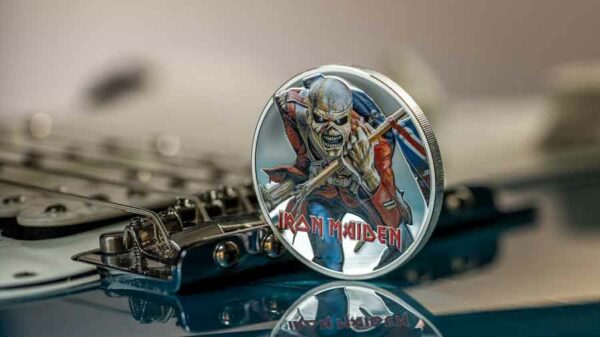 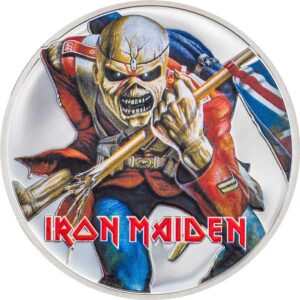 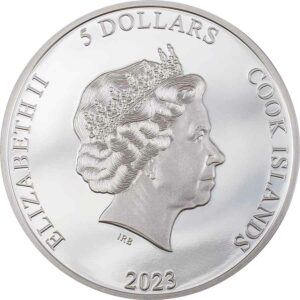 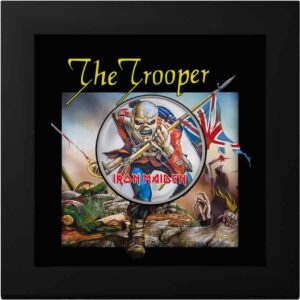 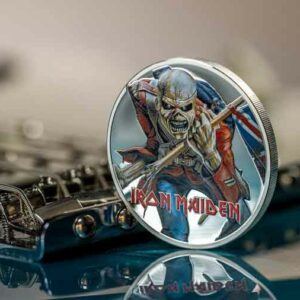 Let’s talk about metal, real “Heavy Metal”. This beautiful silver coin is dedicated to Iron Maiden who are considered one of the most influential and successful heavy metal bands in history with over 100 million albums sold worldwide.

Eddie is a perennial fixture of Iron Maiden’s artwork, appearing in all their album covers as well as most of their singles and in their merchandise.  On top of this, Eddie is featured in all the band’s concerts.

Vocalist Bruce Dickinson often waved a Union Flag during live performances and, more recently, has begun wearing an authentic red coat uniform which would have been worn during the battle the song “Eddie the trooper” is based on.  The music video containes clips of a cavalry battle from the 1936 film The
Charge of the Light Brigade, starring Errol Flynn and Olivia de Havilland.  The BBC refused to screen it unedited, deeming the footage too violent.

The single is included in the album Piece of Mind, released in 1983.

There will be a mintage of only 1,983 pieces to commemorate the release year of the album.