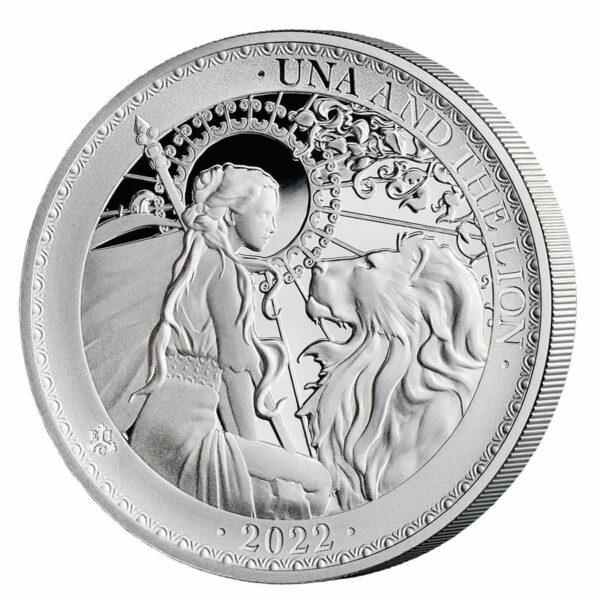 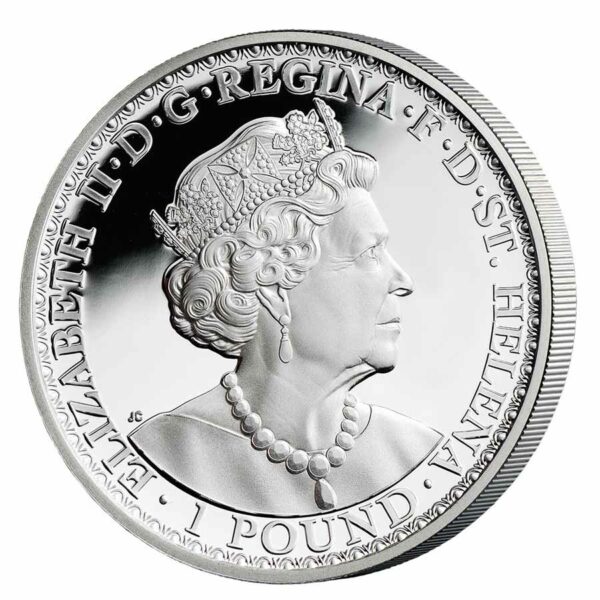 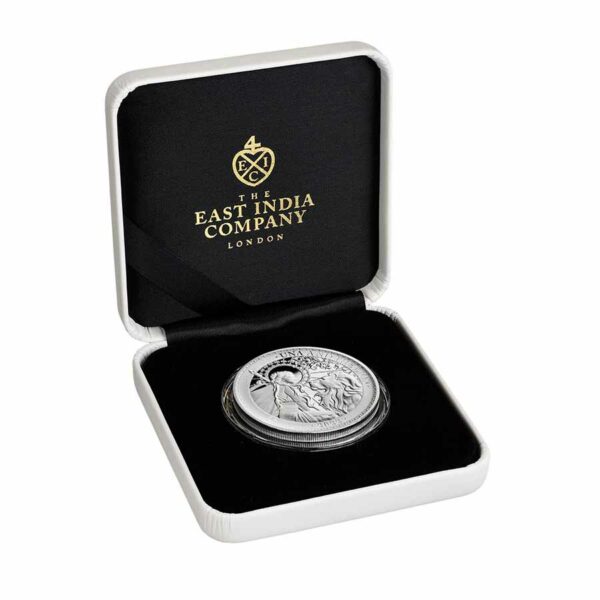 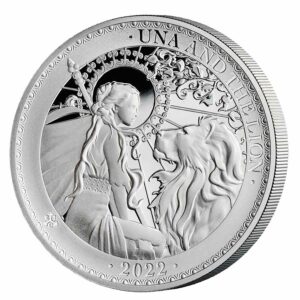 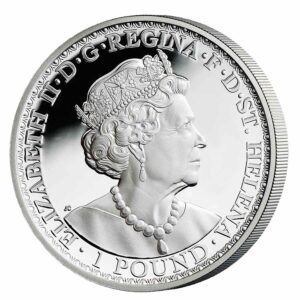 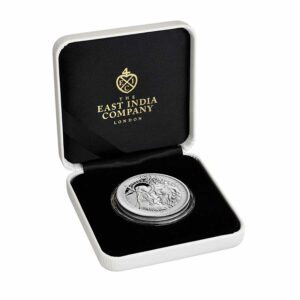 The legend of Una & the Lion dates back to the 16th Century and Edmund Spencer’s epic medieval poem, The Faerie Queene. Una is a beautiful princess on a quest to rescue her parents from a dragon who has imprisoned them in a tower. She encounters a fierce lion whose rage is subdued as he is captivated by Una’s beauty and innocence. He becomes her faithful companion, forever by her side, protecting her from harm.

Their story has been retold for 2022 by designer Glyn Davies. His elegant, determined Una and powerful but poised lion sit facing each other, staring deeply into each others eyes as they ponder the next step on their quest, seeming to communicate their thoughts, hopes and fears through their held gaze.

A legal tender issue of St. Helena, this strictly limited-edition silver proof coin is presented in a bespoke case, every detail of Glyn Davies’ design carefully reproduced using a combination of traditional hand craftsmanship and the best of modern minting techniques.