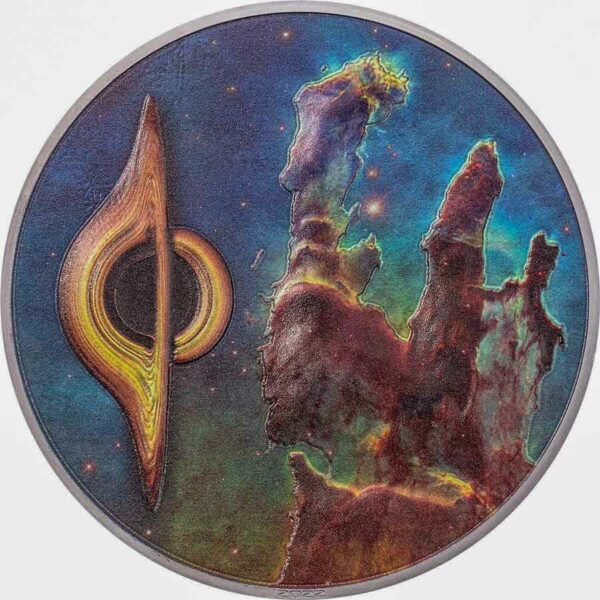 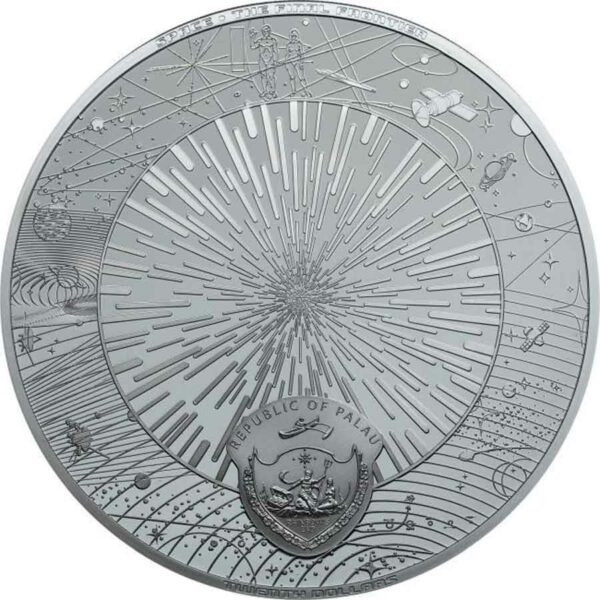 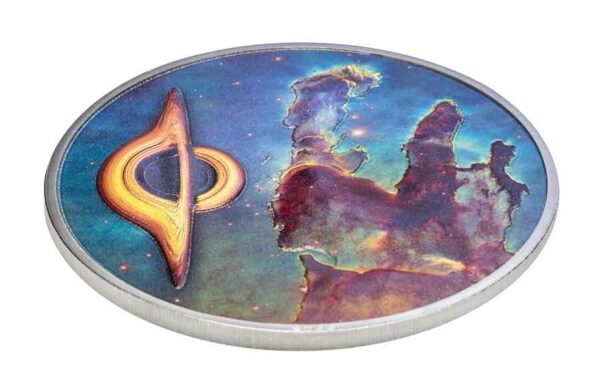 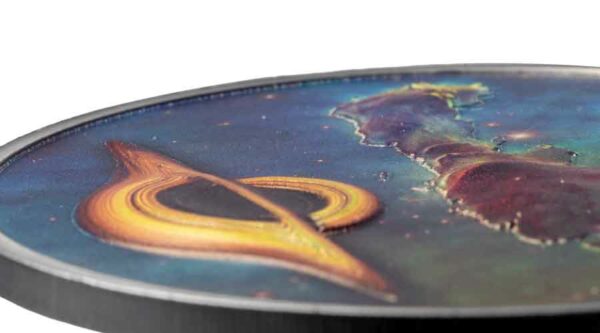 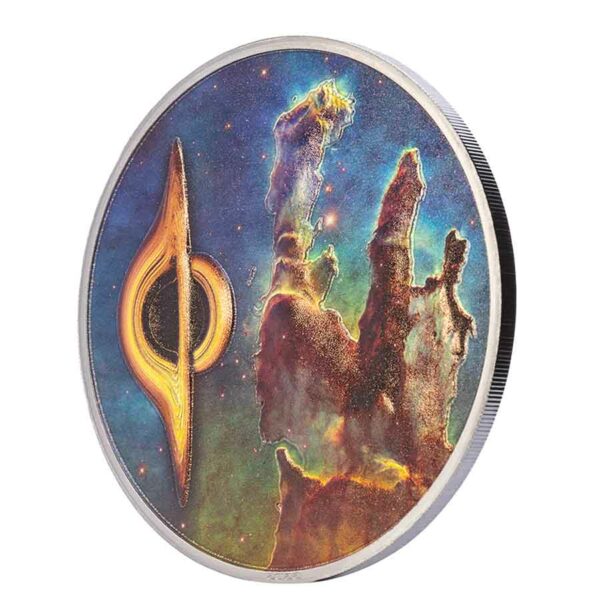 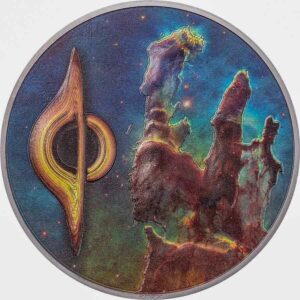 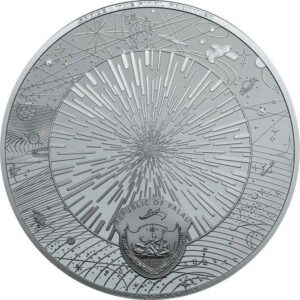 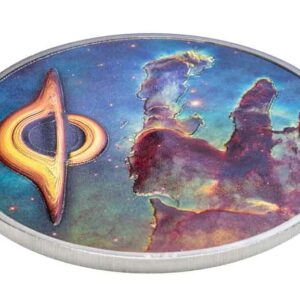 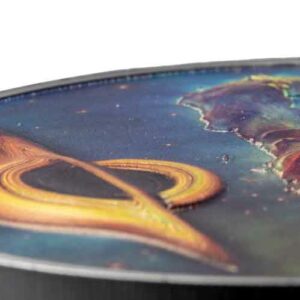 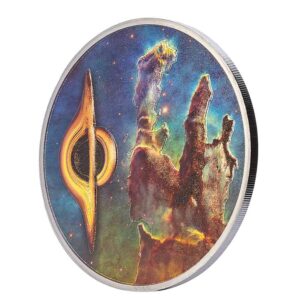 The ‘Pillars of Creation & Black Hole’ is the 3rd release in the Palau’s Space:  The Final Frontier series.  It features a beautiful cloud and gas formation called Pillars of Creation accompanied by a black hole, both struck in high relief using enhanced Smartminting©️ technology.  The coin has a black Proof finish with color and is minted from a large 65mm diameter 3 oz pure silver blank in the highest quality.

It has a very limited mintage of only 333 pieces worldwide and delivers in a beautiful box with a Certificate of Authenticity.

The coin’s reverse depicts the complete Pillars of Creation in the Eagle Nebula and a neighboring Black Hole with the high relief giving it a 3D effect. It’s colored in a way that it looks like you’re looking at the nebula from a distant space ship. At the lower bottom edge it has the year of issue “2022” inscribed.

The obverse side of the coin includes the Coat of Arms of the Republic of Palau with the inscriptions: “REPUBLIC OF PALAU” (the issuing country) and “20$” (the face value) at the bottom. At the top edge the series inscription ‘SPACE * THE FINAL FRONTIER’. It is decorated with a central part representing the speed of light and surrounded by all kinds of space related ornaments.

The Universe is far and wide, containing many wondrous phenomena. One of these phenomena are black holes, often at the center of galaxies. They’re objects of huge mass and unimaginable gravity, pulling anything in that goes beyond the event horizon for it to never return. It wasn’t until recently that our understanding of these objects was mostly science fiction, but with new discoveries humanity has been getting a step closer towards unlocking their secrets.

The Pillars of Creation is a set of pillars shaped interstellar gas and dust formations in the Eagle Nebula. The name originates from the fact that the gas and dust, together, form new stars, referring towards the creation part. You could say that the pillars depict the starting stage of the stars as we know them today while the black hole represents some stars ultimate fate.