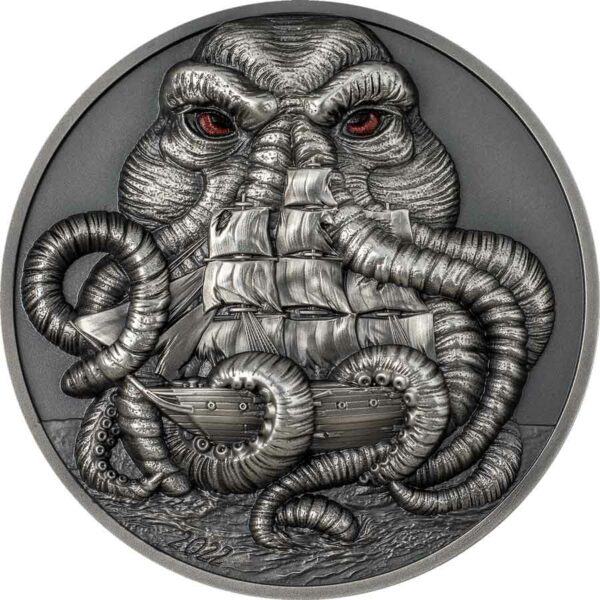 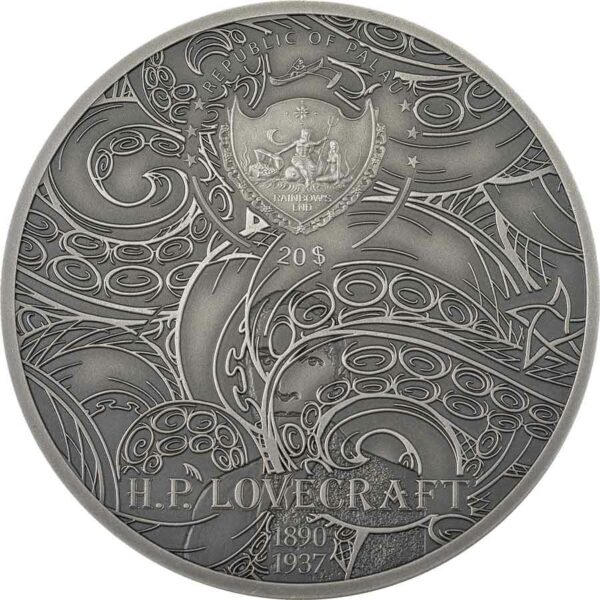 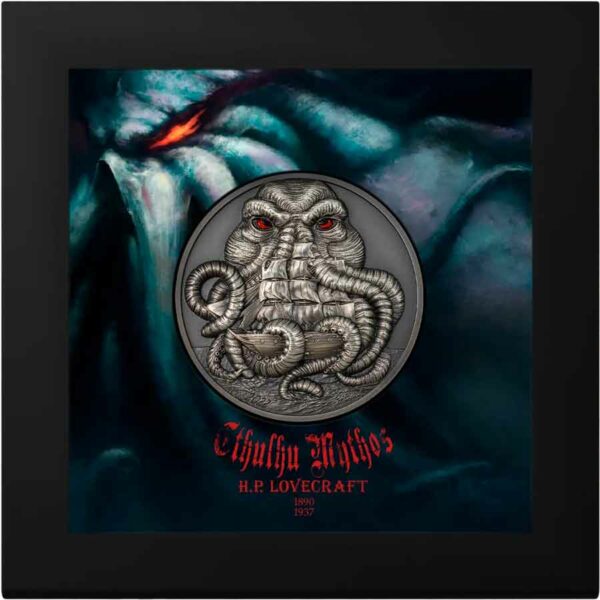 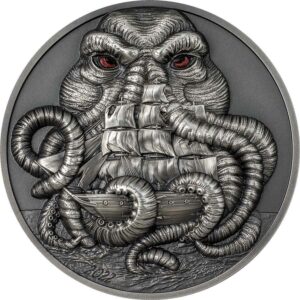 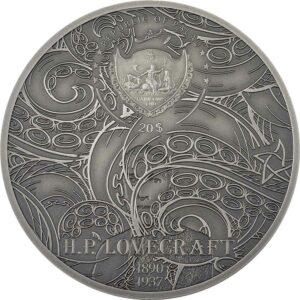 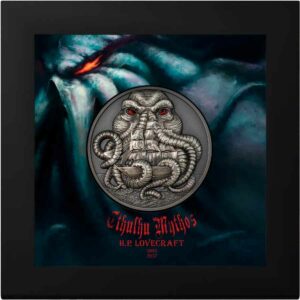 H.P. Lovecraft, in full Howard Phillips Lovecraft (1890 – 1937) was an American author of fantastic and macabre short novels and stories. He is acknowledged as one of the 20th-century masters of the Gothic tale of terror.

The Cthulhu mythos derives from the central creature in H. P. Lovecraft’s short story “The Call of Cthulhu” first published in the pulp magazine Weird Tales in 1928.

The story comprises a broad universe referring to ancient and powerful deities known as the “Great Old Ones” descending from deep space. Cthulhu is the most widely known of the Old Ones, waiting to rise from a submerged city at the bottom of the ocean to wreak havoc on mankind.

Since its conception the Cthulhu Mythos has been extended to tabletop games, graphic novels, books series and now… Forever immortalized on an ultra high relief 3 oz silver coin with discreet color and a deep antique finish.