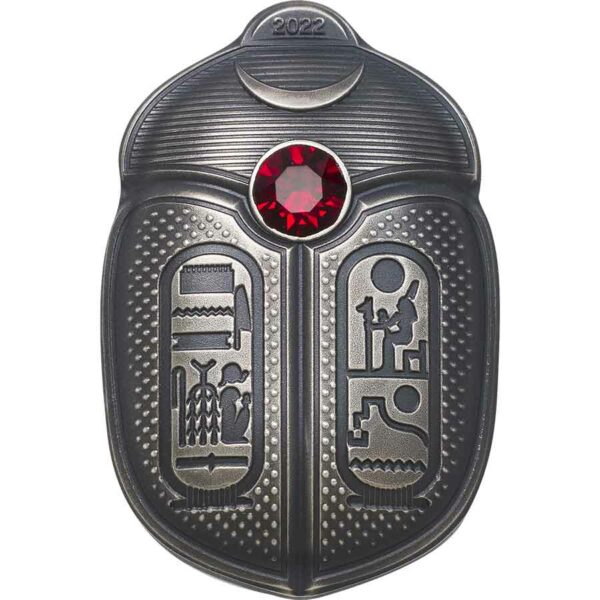 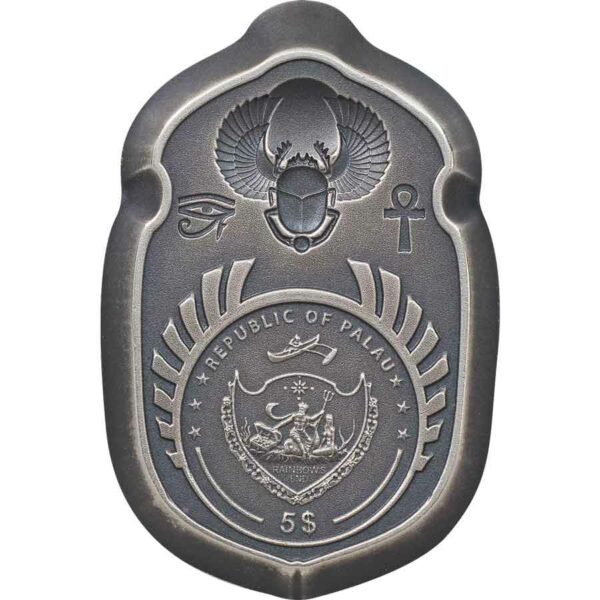 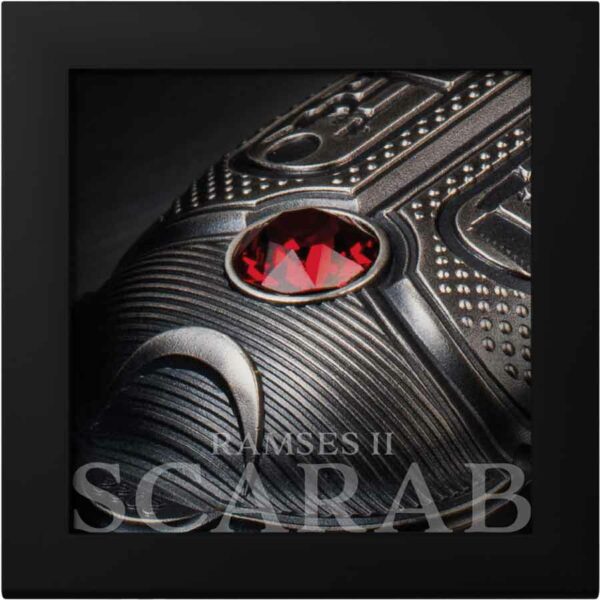 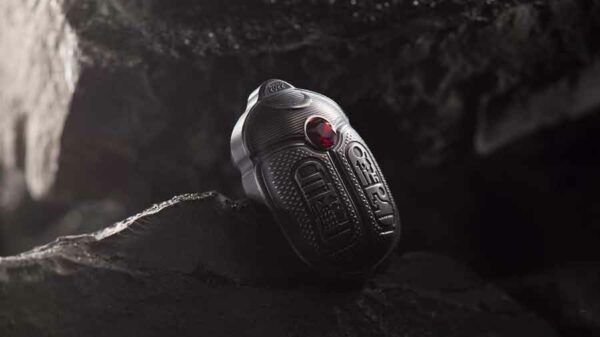 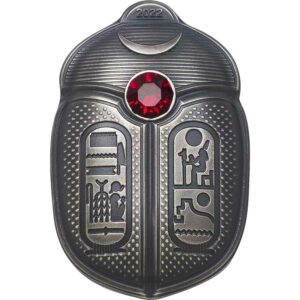 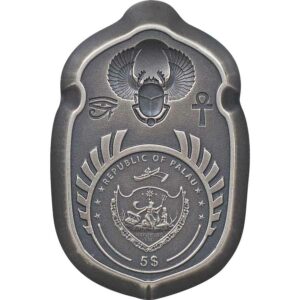 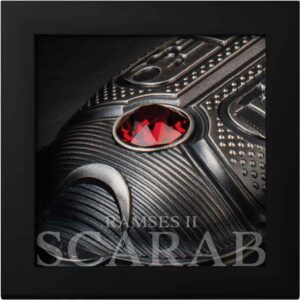 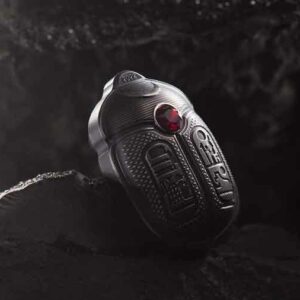 With this stunning shaped coin and the 2nd in the Scarab Series, the symbol of a scarab beetle is paired with another famous Pharaoh, Ramses II. The Egyptian sovereign was an admired leader by his people both during and after his lifetime. Ramses’ popularity may have been fuelled by a combination of the prosperity Egypt enjoyed under his rule in addition to his skill as a propagandist.

Adorned with a dazzling red crystal, this newest edition once again depicts the pharaoh’s birth name as well as his throne name in hieroglyph style.