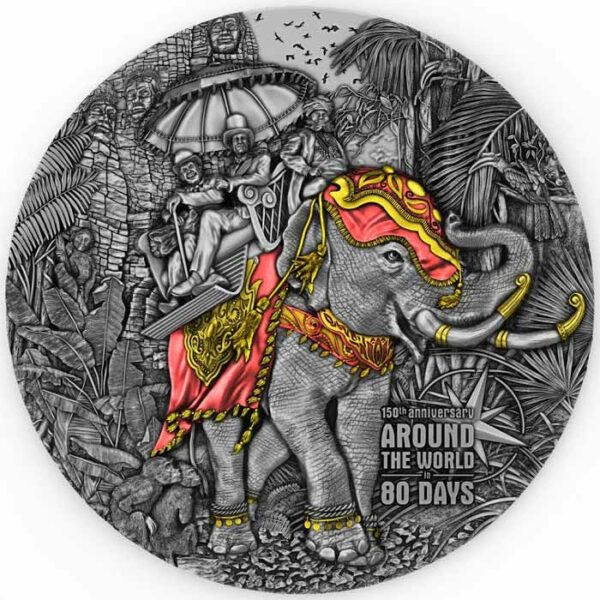 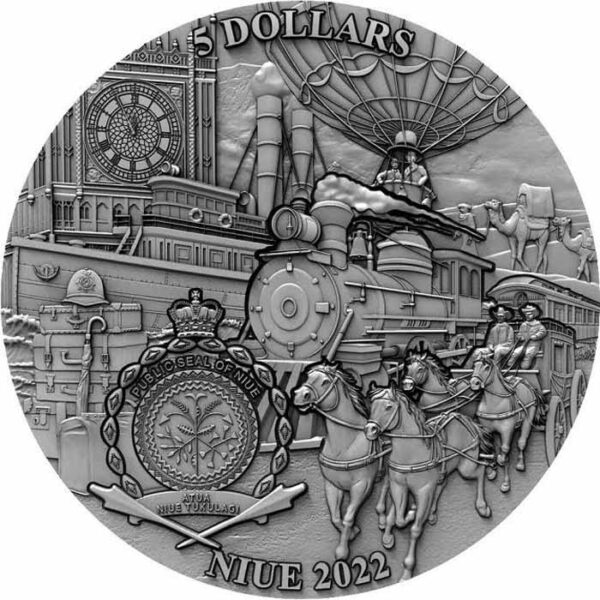 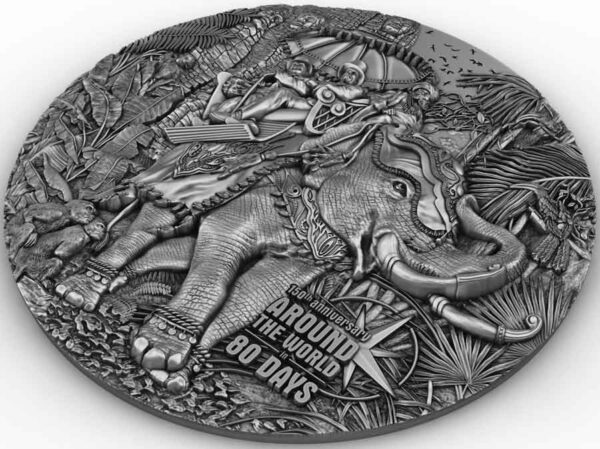 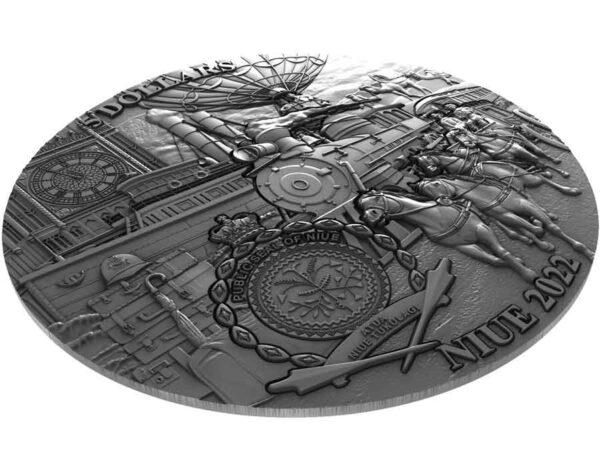 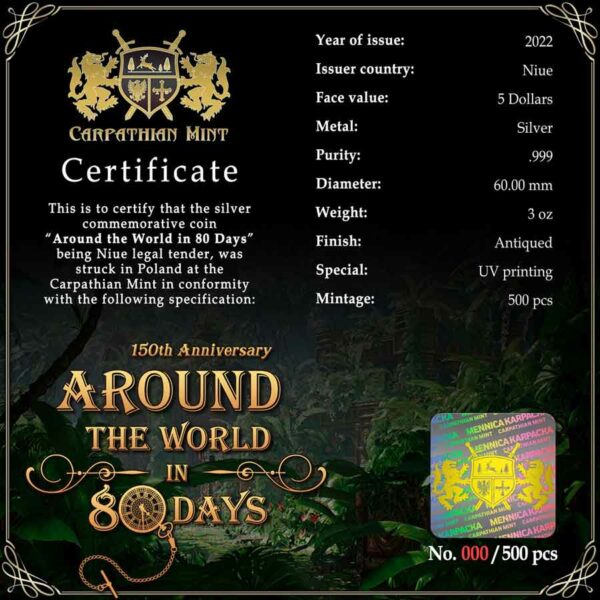 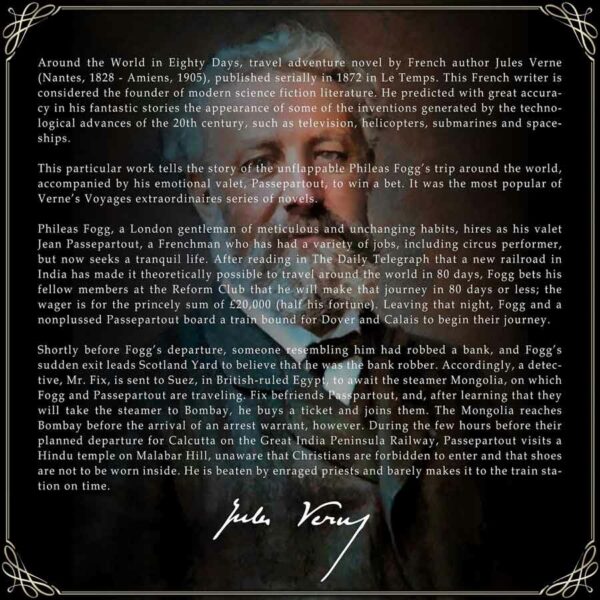 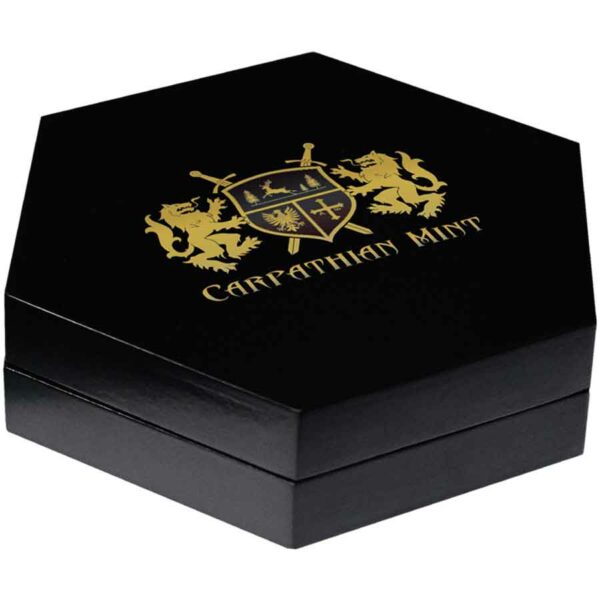 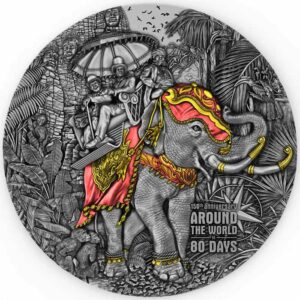 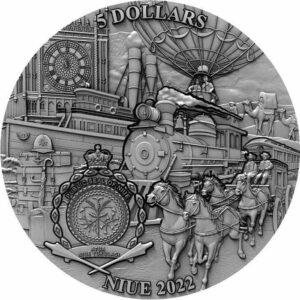 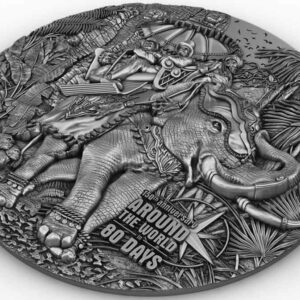 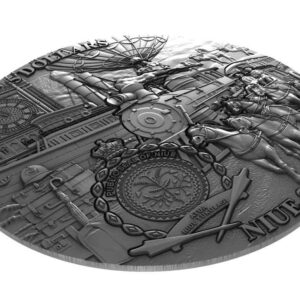 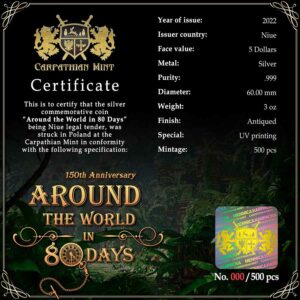 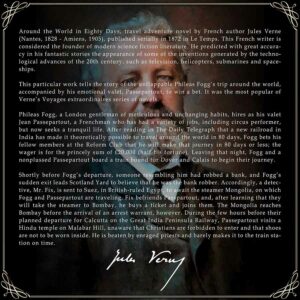 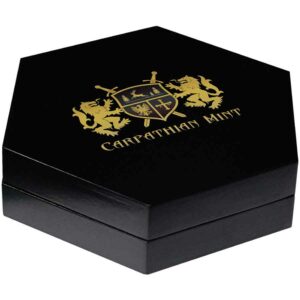 Don’t miss this stunning silver coin commemorating the 150th anniversary of the publication of French writer Jules Verne’s major literary work, Around the World in Eighty Days, published in France in 1872.

The reverse of the coin depicts a scene of Phileas Fogg and his butler Passepartout riding through the jungles of India on an elephant, with a mahout as their only companion.
On their way they encounter monkeys (macaques), large whelks (similar to tukans), ruined temples, Buddhas carved into the mountains and lots of jungle vegetation. The highly decorated elephant’s garments are coloured, using UV printing technology, in red and gold to highlight the center of the scene.
The obverse of the coin features all the means of transport used by our protagonists to achieve their feat of circumnavigating the Earth in just 80 days (although they did not realize until day 80 that it had actually taken them 79 days) and had won the challenge.