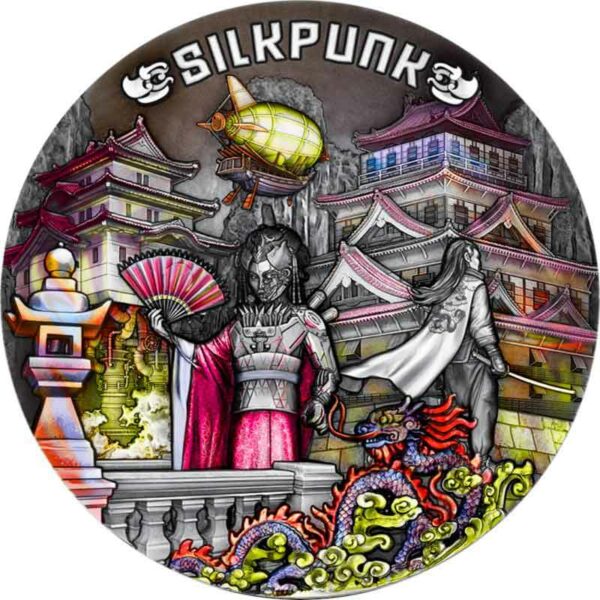 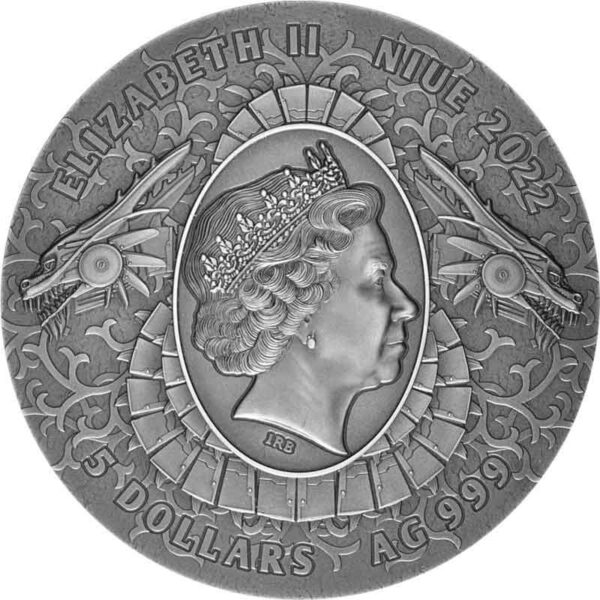 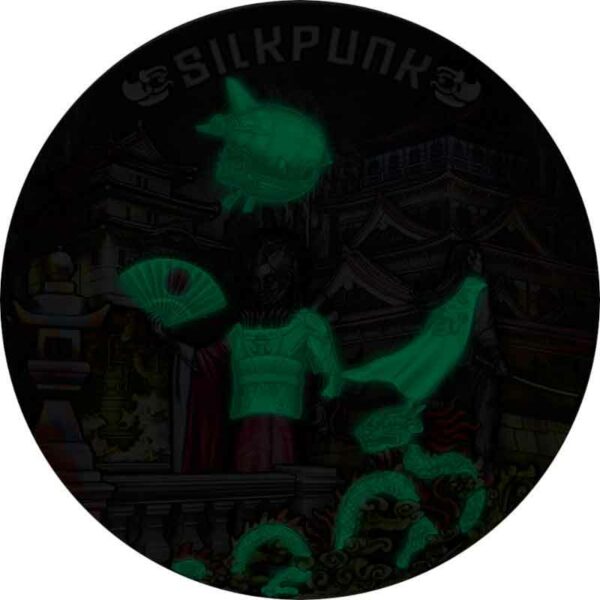 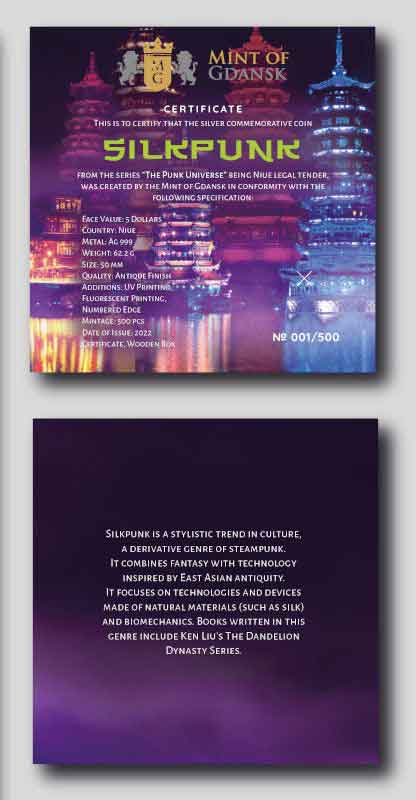 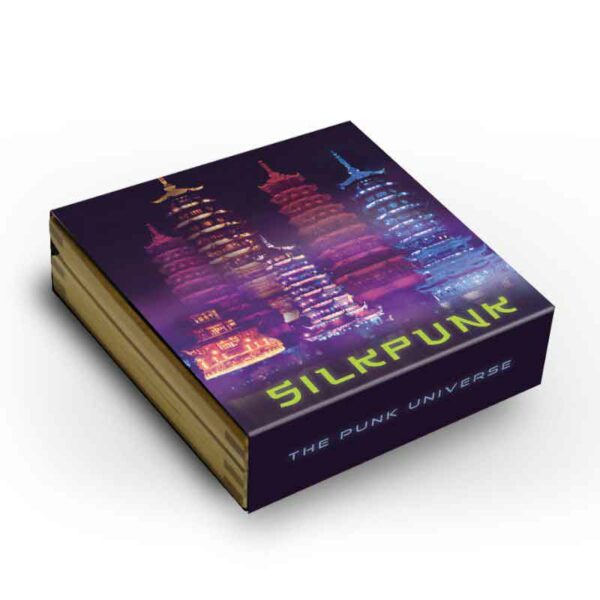 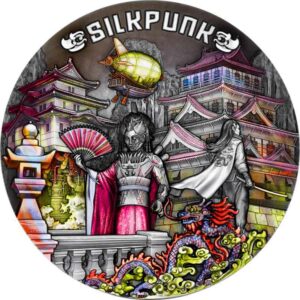 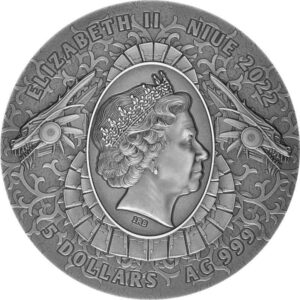 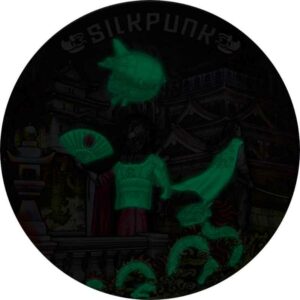 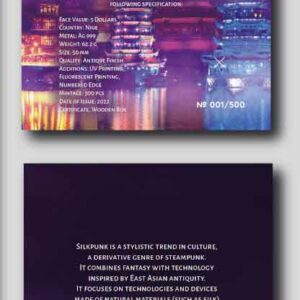 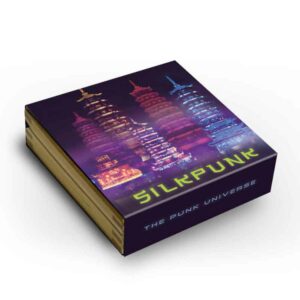 This is the fantastic second issue “Silkpunk” in the futuristic themed series from Niue titled the Punk Universe.  This is a 2 ounce high relief .999 silver coin with a stunning florescent color application and a great design.

The word cyberpunk reflects a sub-genre of science fiction and is characterized by describing a high-tech future in which humans coexist with cyborgs in a virtual reality.

The future in cyberpunk is pessimistic, dark, full of moral destruction, where the advanced technology usually causes more harm than good. Such dystopian image of society is well-described as ‘high tech & low life’.

This genre is also often described by the three concepts – City, Mass, Machine.  Action of books, movies or games usually takes place in huge, overcrowded metropolis, where technology has demoralized people by destroying relations between them.