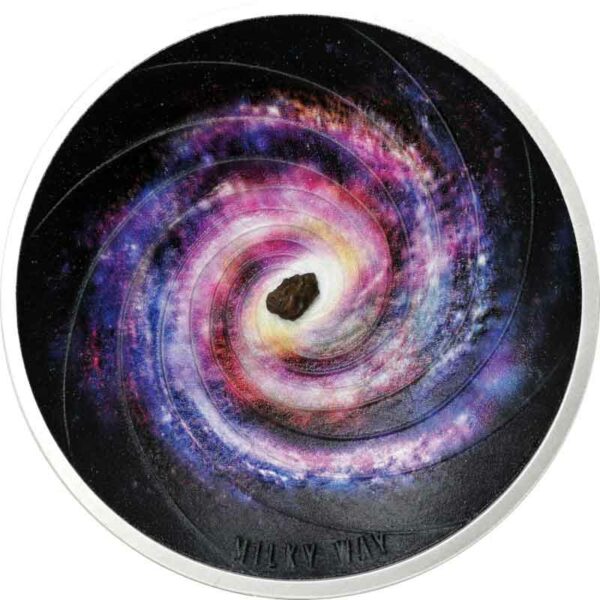 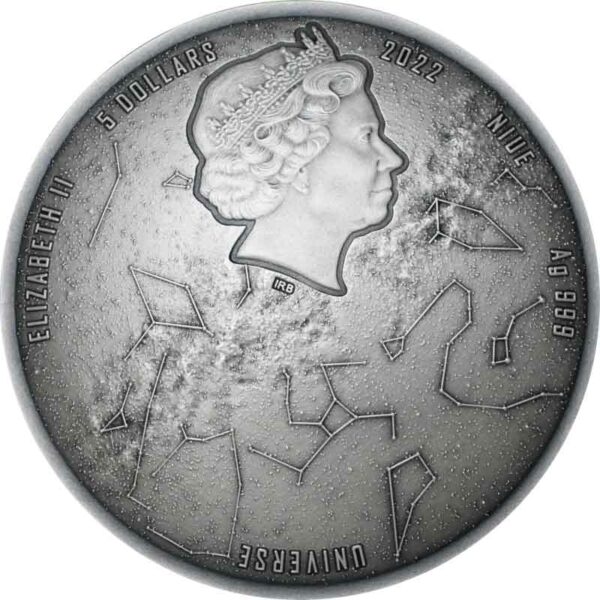 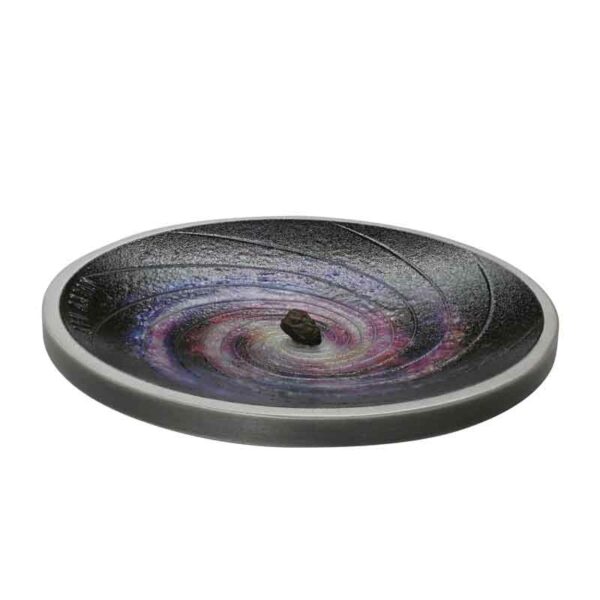 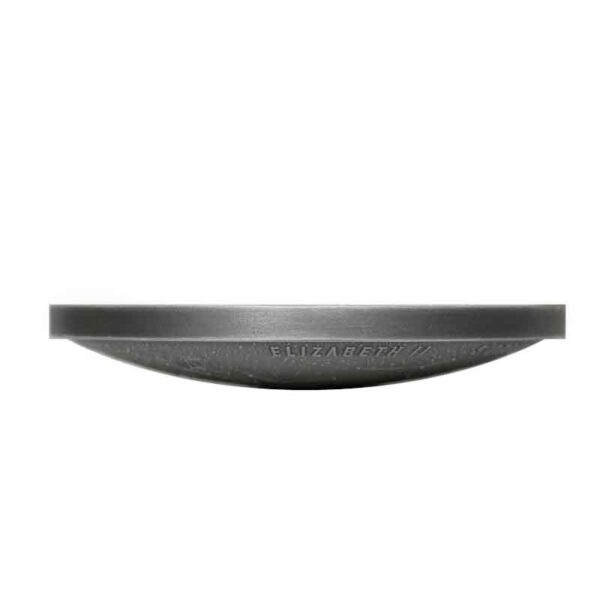 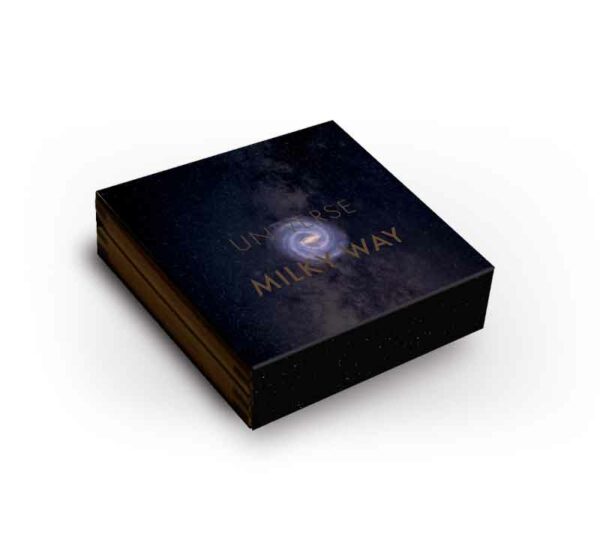 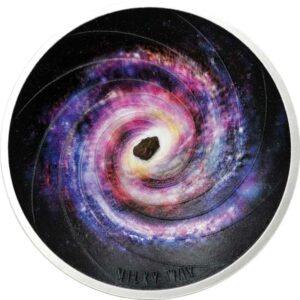 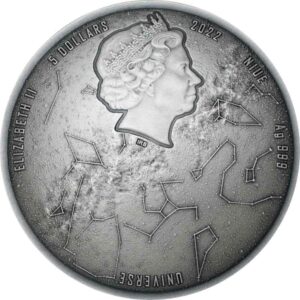 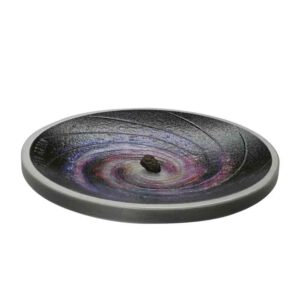 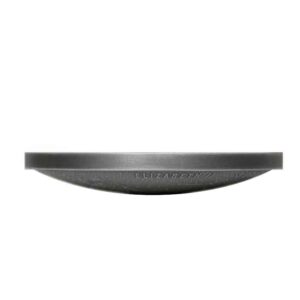 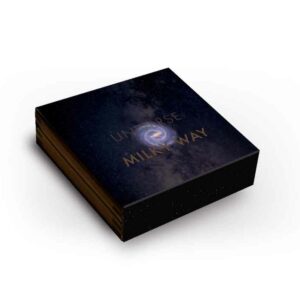 The Milky Way is the galaxy that includes our Solar System, with the name describing the galaxy’s appearance from Earth: a hazy band of light seen in the night sky formed from stars that cannot be individually distinguished by the naked eye. The term Milky Way is a translation of the Latin via lactea, from the Greek γαλακτικός κύκλος (galaktikos kýklos), meaning “milky circle”. From Earth, the Milky Way appears as a band because its disk-shaped structure is viewed from within. Galileo Galilei first resolved the band of light into individual stars with his telescope in 1610. Until the early 1920s, most astronomers thought that the Milky Way contained all the stars in the Universe. Following the 1920 Great Debate between the astronomers Harlow Shapley and Heber Curtis, observations by Edwin Hubble showed that the Milky Way is just one of many galaxies.

The coin comes housed within a wooden presentation case which includes the Certificate of Authenticity. Mintage to be held to just 500 pieces worldwide.