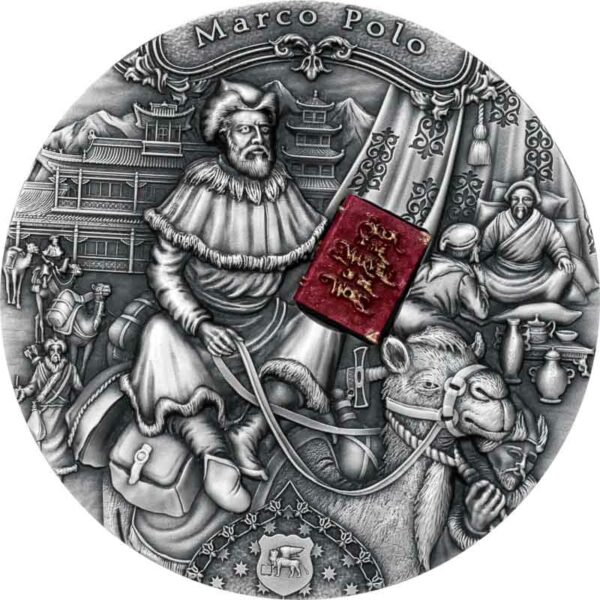 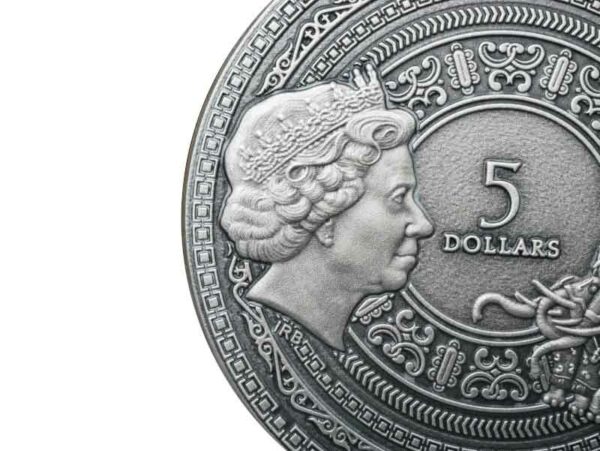 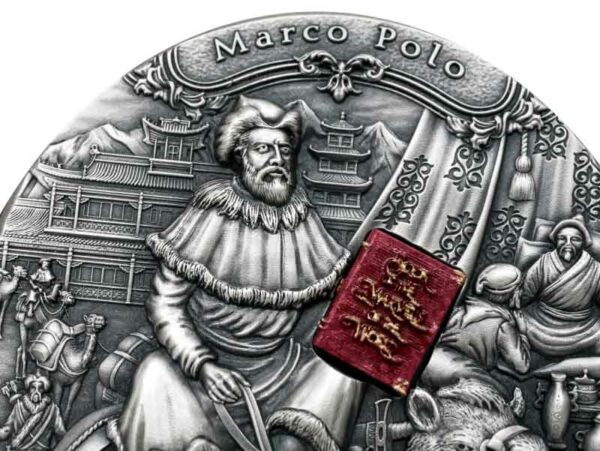 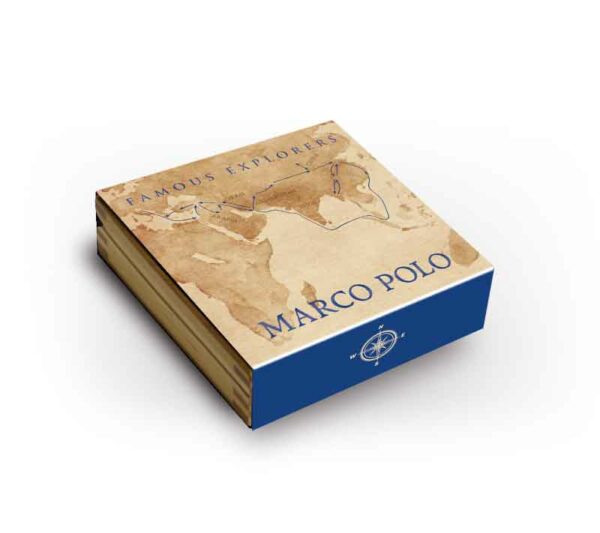 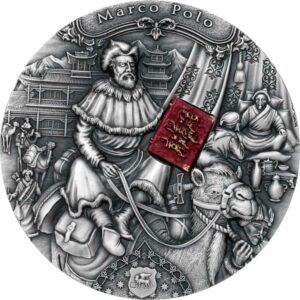 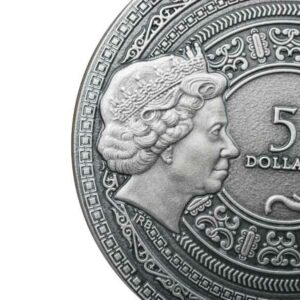 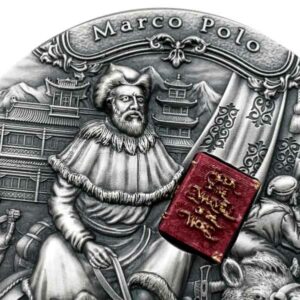 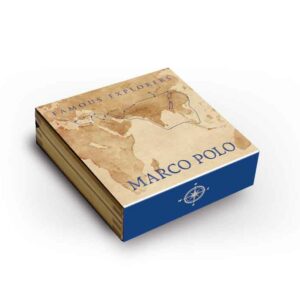 The reverse of this stunning silver coin features Marco Polo with the Winter Palace of the Bogd Khan located in Ulaanbaatar is placed in the background. Next to Marco Polo, a caravan can be seen as well as the Khan in a tent, who is talking to Marco Polo’s uncle or father. The coin is decorated with a 3D insert in the form of a book, which has been hand-painted with the greatest attention to detail.

Marco Polo was a Venetian merchant, explorer and writer who travelled through Asia along the Silk Road between 1271 and 1295. His travels are recorded in The Travels of Marco Polo (also known as Book of the Marvels of the World and Il Million, c. 1300), a book that described to Europeans the then mysterious culture and inner workings of the Eastern world, including the wealth and great size of the Mongol Empire and China in the Yuan Dynasty, giving their first comprehensive look into China, Persia, India, Japan and other Asian cities and countries.