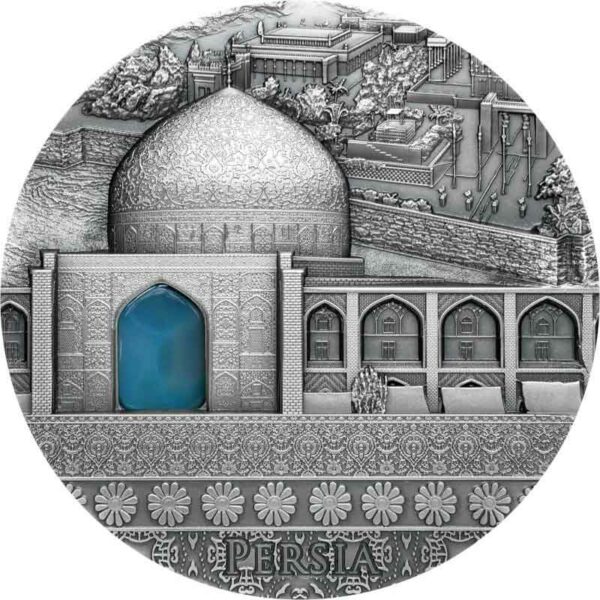 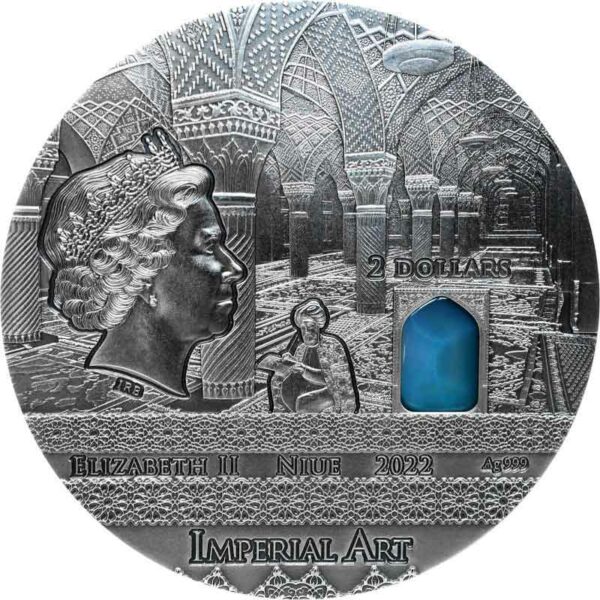 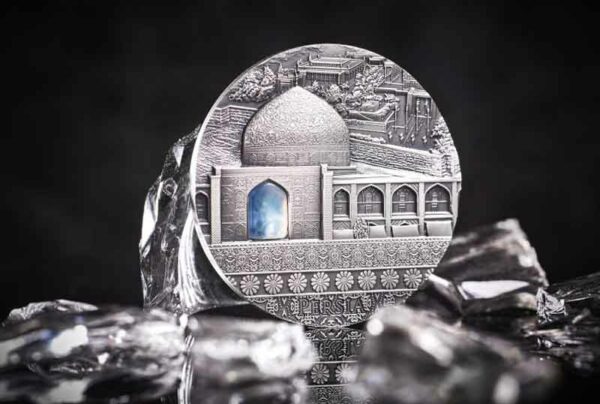 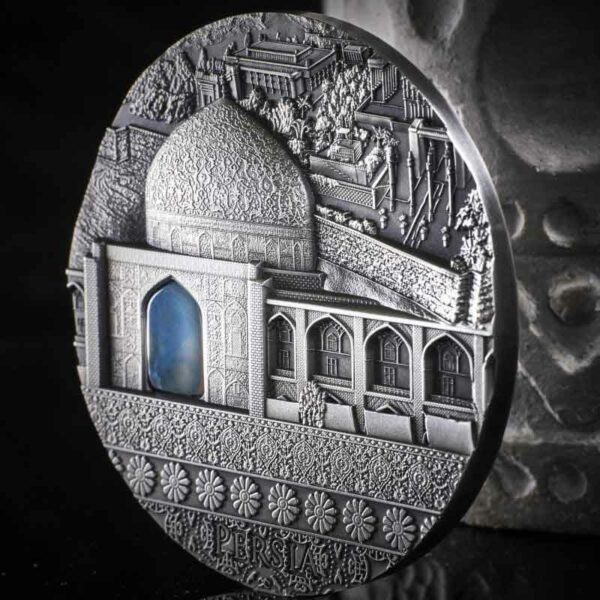 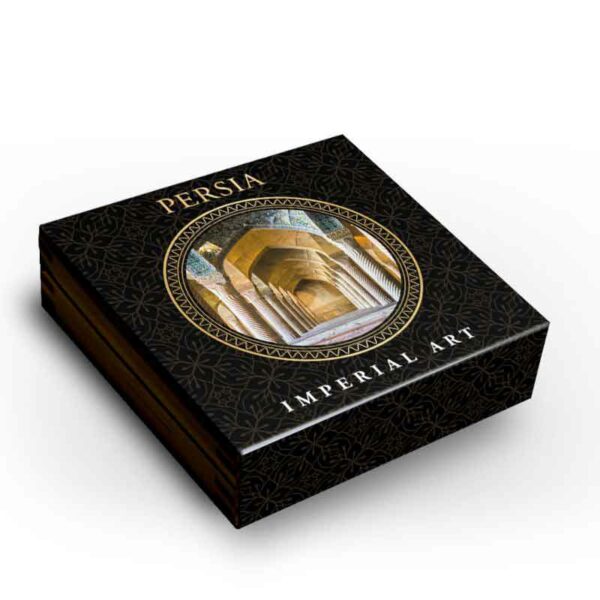 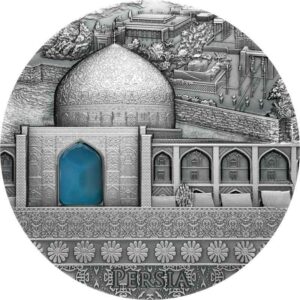 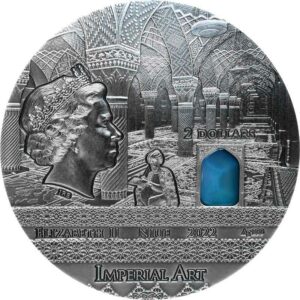 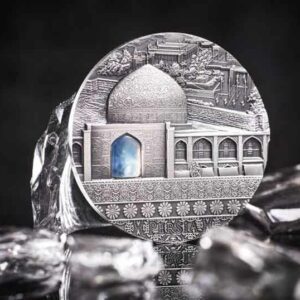 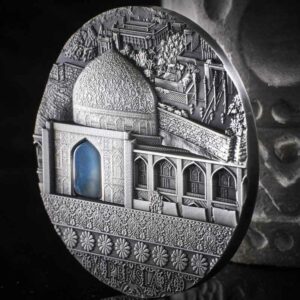 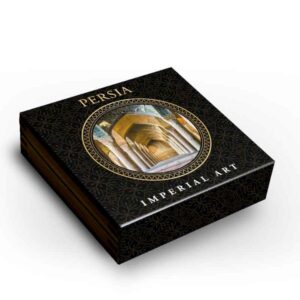 We are pleased to offer the next issue in the popular high relief Imperial Art series, the 2022 Persia.

The reverse of the coin again impresses with its exquisite detailing. On the left side of the coin is an image of the Sheikh Lotfollah Mosque, which is a work of Iranian Safavid construction. It is located in the famous Imam Square in Isfahan.

The construction used delicate tiles that change color from cream to pink during the day. The mosque is a UNESCO World Heritage List. The entrance to the mosque is decorated with an agate insert.

Each coin is unique, as the stones can vary from one another, a natural phenomenon. Persepolis is placed in the background of the mosque. At the bottom is the name of the coin, and above it are Persian ornaments.

The obverse, shows the interior of the Nasir al-Mulk Mosque, southern Iran. It was built during the reign of the Qajar dynasty. In the main prayer hall, there are numerous stained glass windows in the windows, making the hall sparkle with different colored light, giving a kaleidoscope effect.

An image of Avicenna, the Persian scholar, physician and philosopher, is placed next to the agate. Avicenna was the author of 450 books, the most famous of which is The Canon of Medicine. He was often called the “father of modern medicine.”

The coin comes in an elegant wooden box, along with a certificate of authenticity.