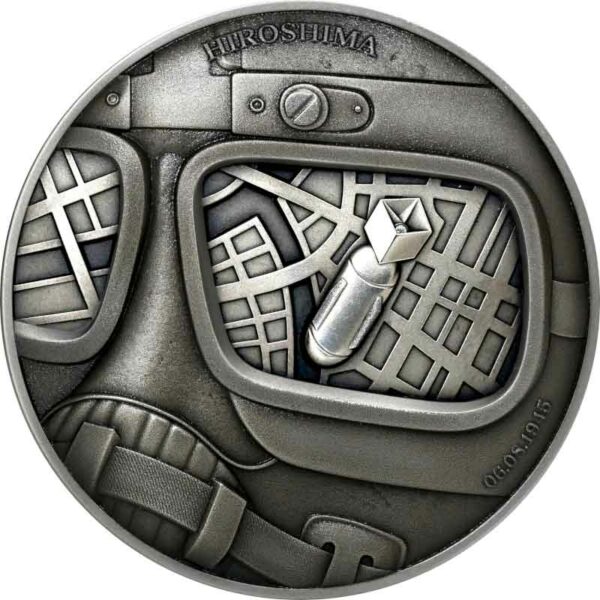 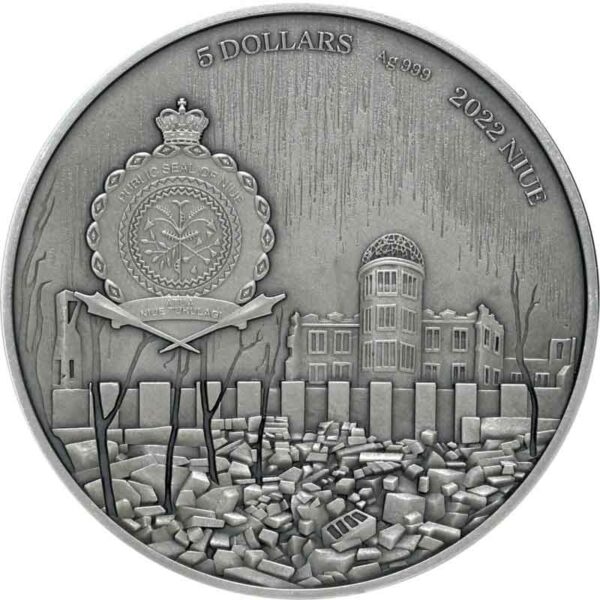 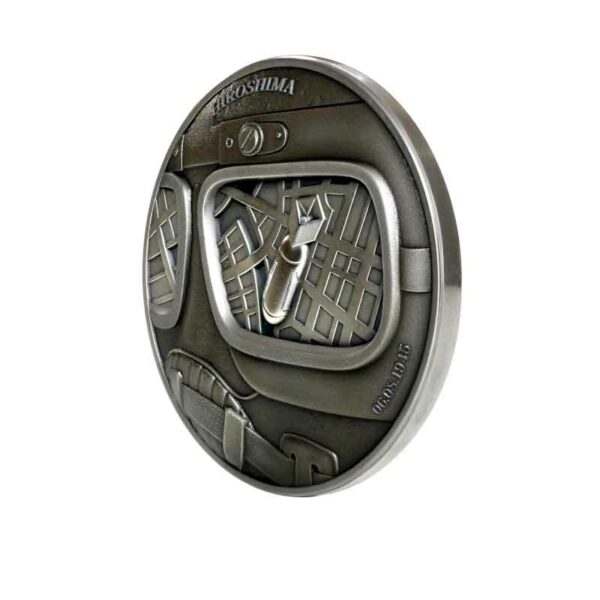 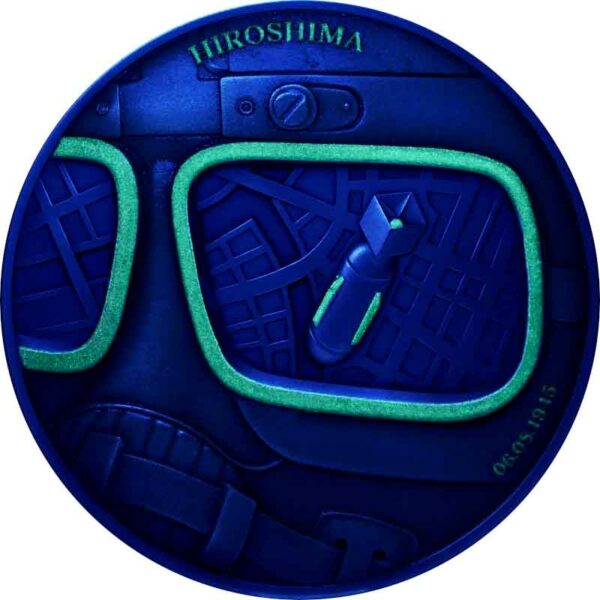 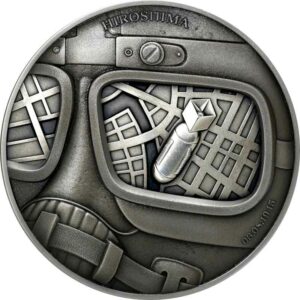 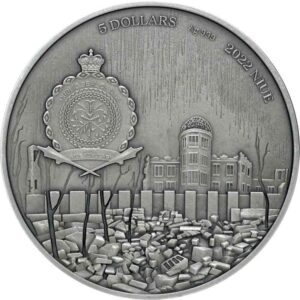 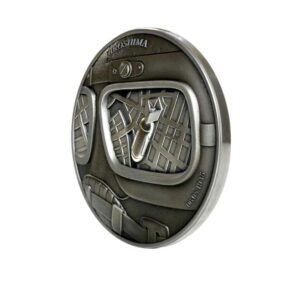 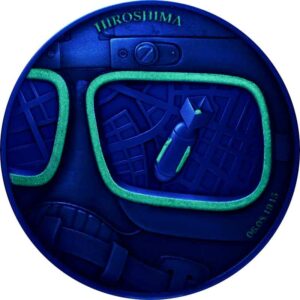 6 August 1945. The Americans launched an atomic attack on Hiroshima and three days later on Nagasaki. The aim of the raid was to force the Japanese to sign a deed of unconditional surrender. As a result of the attack, both cities were almost completely destroyed and at least 140,000 people were killed. However, the number of casualties is far higher due to the radiation sickness that affected the survivors. The dropping of the atomic bombs by the Americans led to Japanese Emperor Hirohito’s decision to surrender unconditionally and thus end World War II.

The reverse of this commemorative silver coin depicts a pilot’s mask reflecting the scene of a bomb drop on a Japanese city. The high relief makes all the details visible with selected parts of the coin that glow in the dark. This alludes to people’s ideas about the appearance of radioactive substances. At the bottom is the date of the attack.

The obverse of the coin, on the other hand, features the Niue coat of arms, legal denomination, purity and the year of issue. The landscape of a destroyed city is visible in the background.

Hiroshima delivers in a deluxe wood box along with the Certificate of Authenticity.