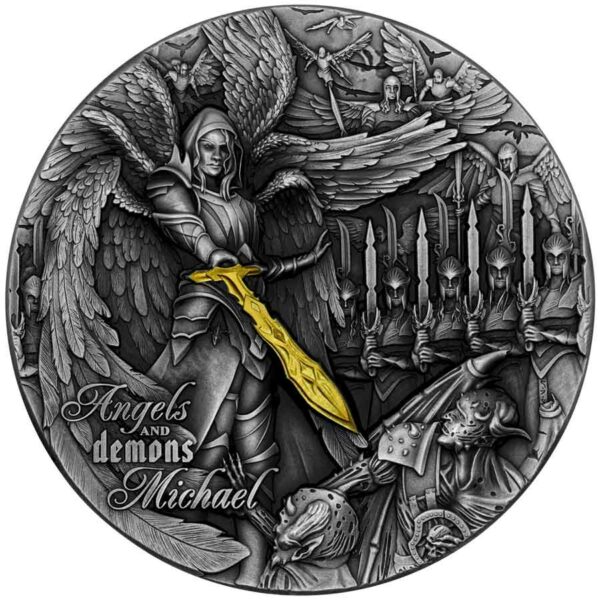 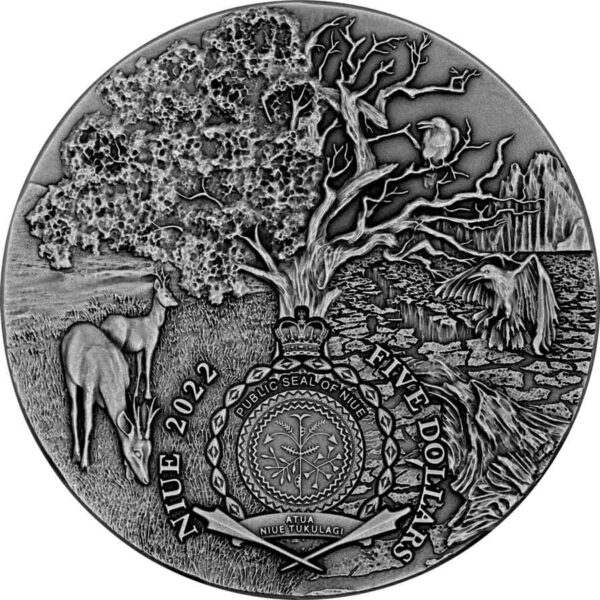 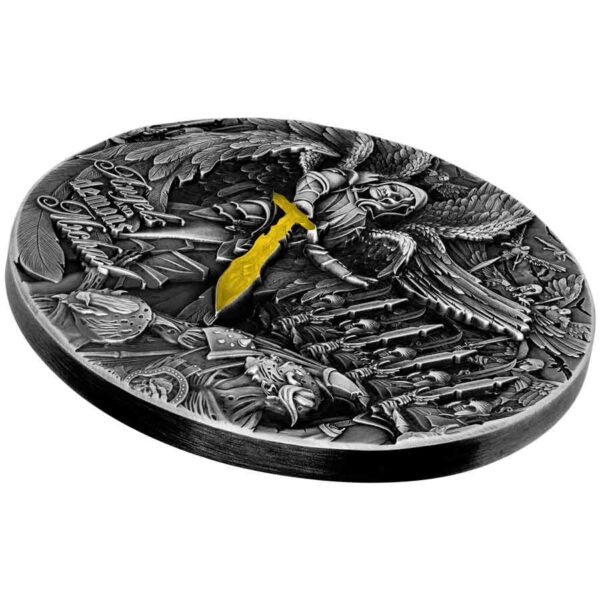 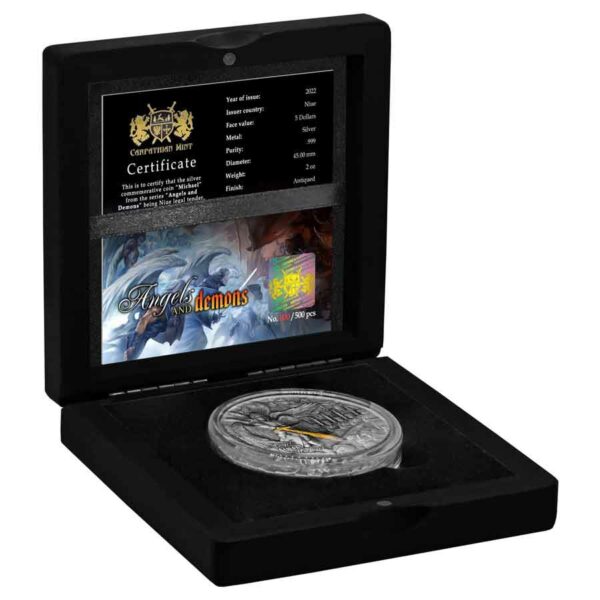 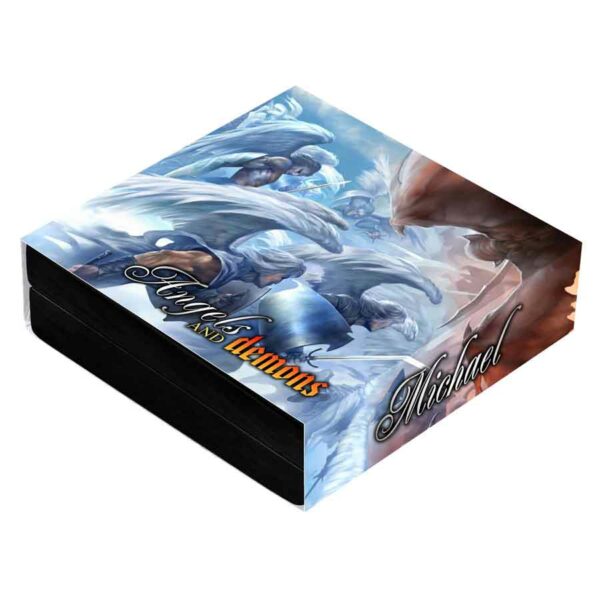 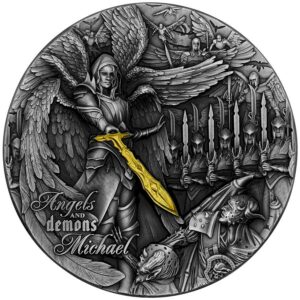 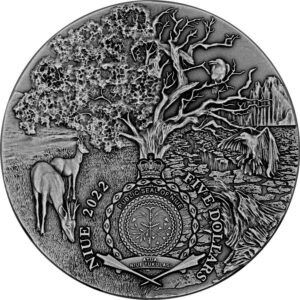 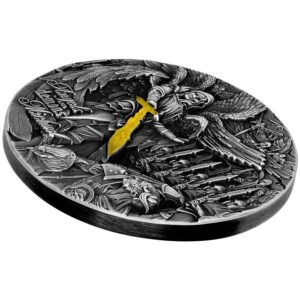 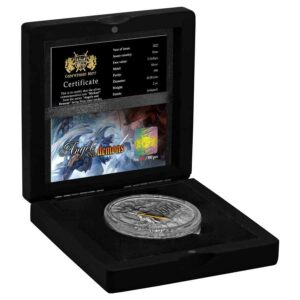 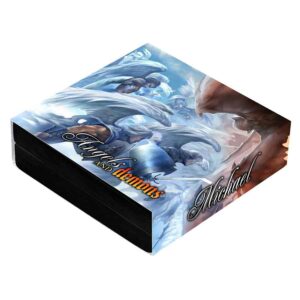 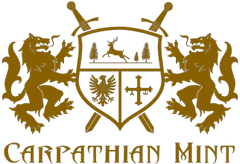 This is the second issue in the Angels and Demons Series from Niue and it is dedicated to Michael, who of the three Archangels, is the commander of God’s Army. The reverse of the coin depicts God’s Army being led by Michael with his 24 gilded sword being extended towards the enemy.

The obverse represents the dichtotomy between heaven and hell with light on the left and darkness on the right. The Tree of Eden is shown in the middle separating the two realms.

Coin delivers in a wood box along with the Certificate of Authenticity.
Extremely limited mintage of only 500 pieces worldwide.