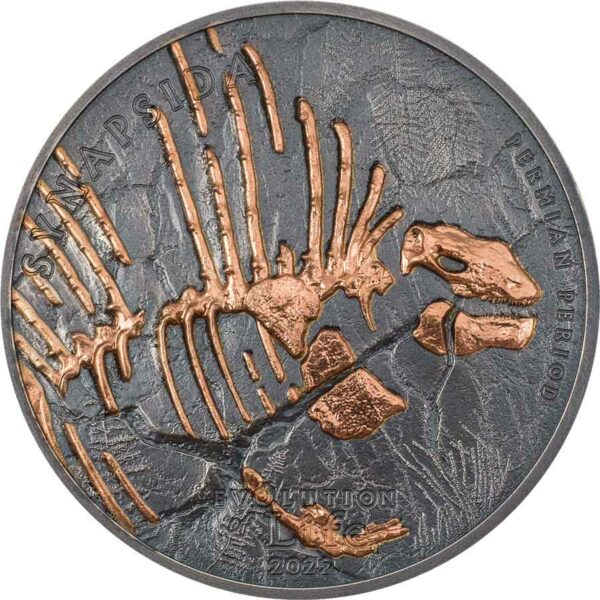 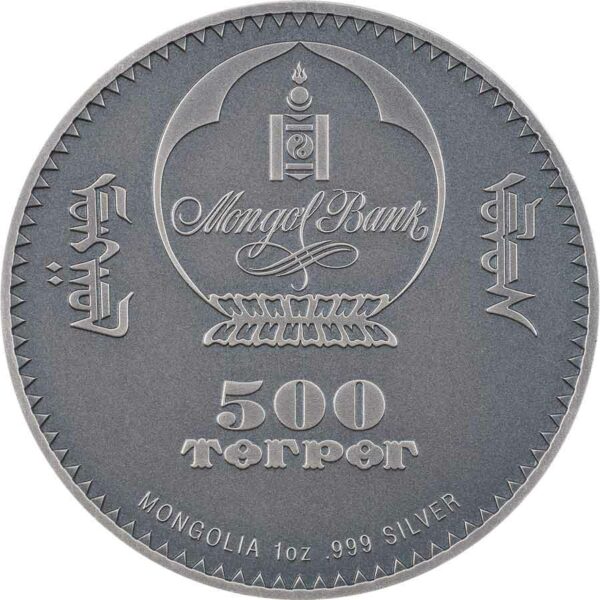 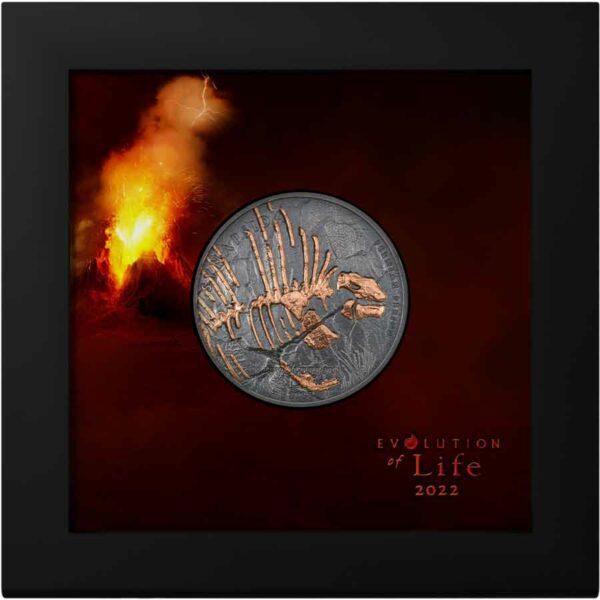 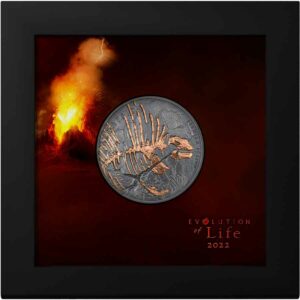 Mongolia is famous for its rich fossil record including dramatic species such as Velociraptor (known from the Jurassic Park movies)  Now in its 8th year, the Evolution of Life series pays tribute to past eras by portraying extinct prehistoric creatures in luxurious rose-gilded smartminting relief on an antique finish rock matrix background.  This beautifully designed and struck, 1 ounce .999 pure silver coin is a stunning collectible for fossil and rare collector coin enthusiasts alike.

The 2022 edition of the unrivalled Evolution of Life series stuns with a remarkable new representative of a distant past.  Edaphosaurus, meaning Pavement Lizard for its dense clusters of teeth, is a genus of extinct Synapsids.  It roamed the earth from Late Carboniferous to the Early Permian period (318 million to 271 million years ago).

This primitive herbivorous relative of mammals reached a body length of over 3.5 metres, with a short, low skull and blunt, conical teeth. The most distinctive feature, however, was the large sail on its back.  While its function is still in dispute, researchers speculate such sails could have provided camouflage, protection against predator attacks, regulation of body temperature, or sexual display / species recognition.

The high relief and shimmering rose-gold-plated skeletal elements against the antique finish rock background make this coin a perfect addition to your collection.