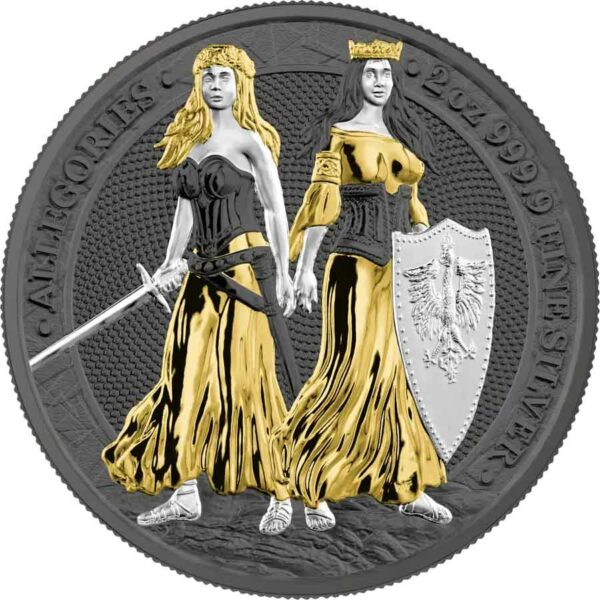 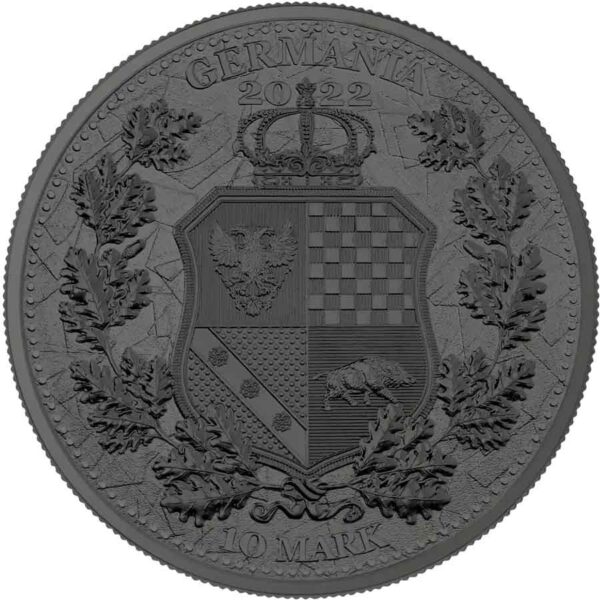 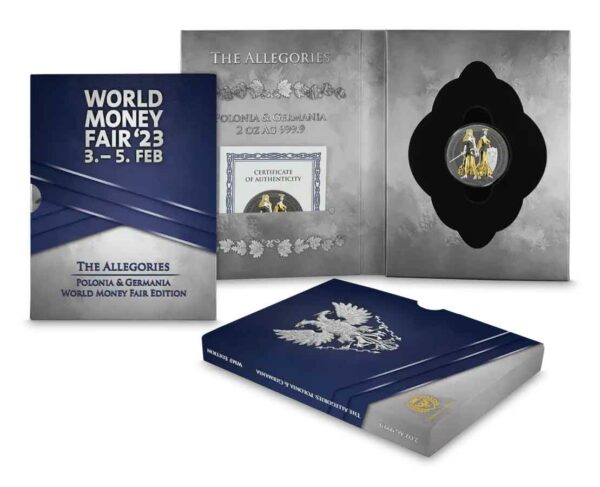 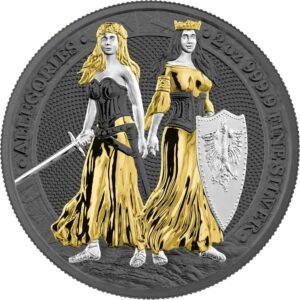 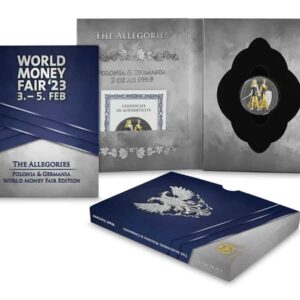 The reverse of this 2023 World Money Fair special edition coin presents the personifications of Polonia and Germania, depicted as young and beautiful women and now enhanced with 24K Yellow Gold and pure Ruthenium. In the past, the female figure embodying the Kingdom of Poland was considered to be imbued with divinity. In the artistic vision of Germania Mint, she is holding a large shield with an eagle (symbol of victory and strength). The eagle has been part of our emblem since the first Polish city was founded. Lady Polonia head’s adorned with a crown, a symbol of kings, while Germania is crowned with a branch of an oak, the tree that has accompanied her from the very beginning of the series. Both heroes stand proudly, close to each other, signaling equality and friendship between the two cultures.

Keeping the tradition of previous issues, the obverse features the coat of arms representing moral principles and noble values. Germania was a historical land and has never been an official country, that’s why we’ve decided to create our own interpretation of its coat of arms. Its symbols and design are a Creative tion of our imagination, however it has been created in accordance with applicable heraldry rules.