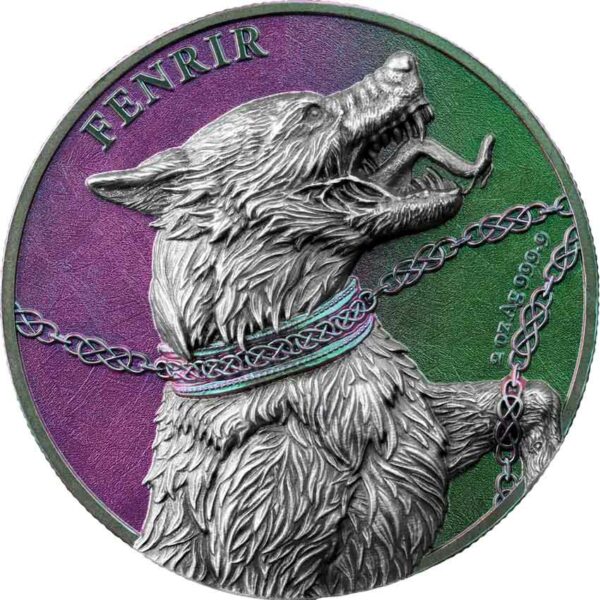 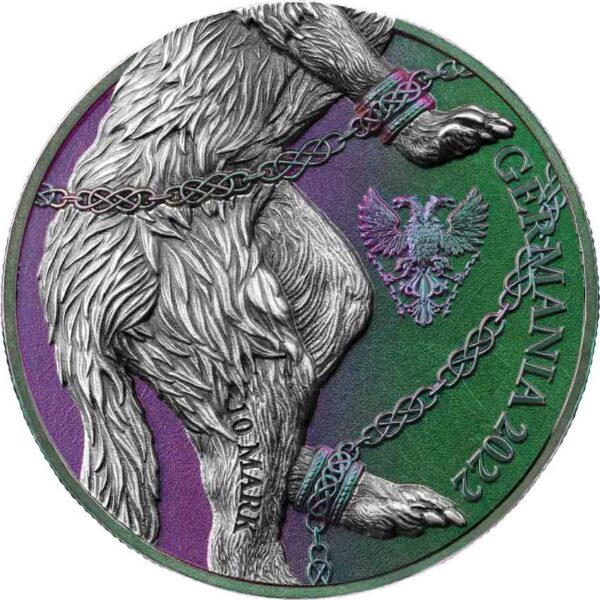 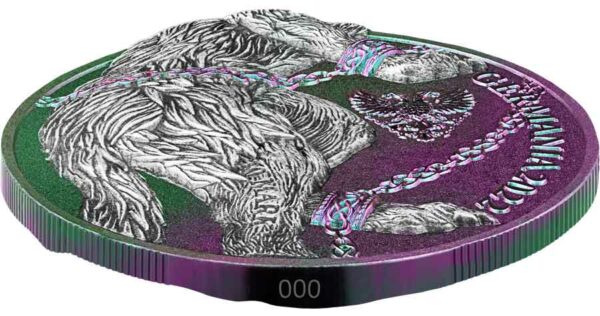 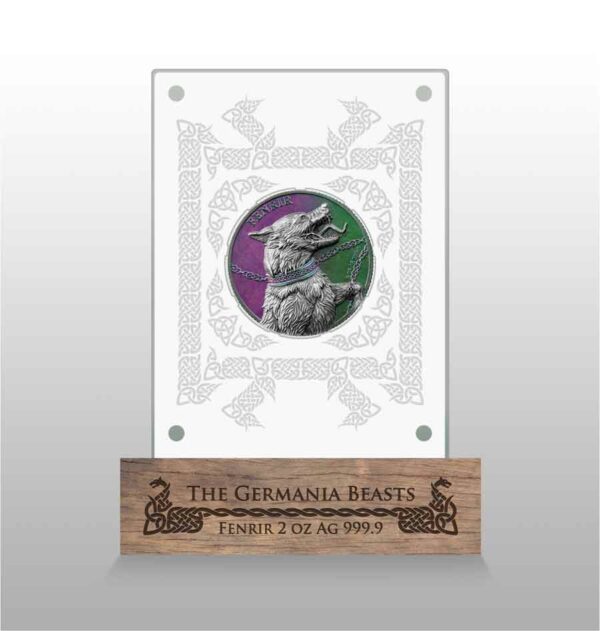 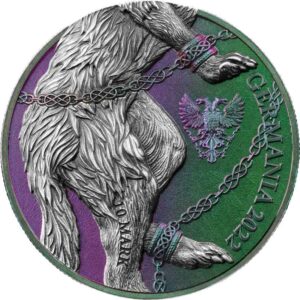 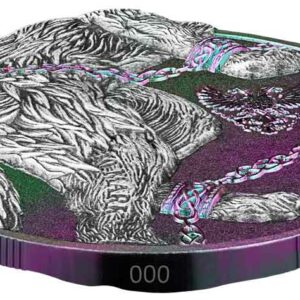 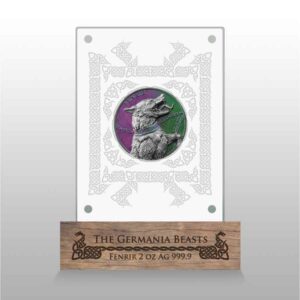 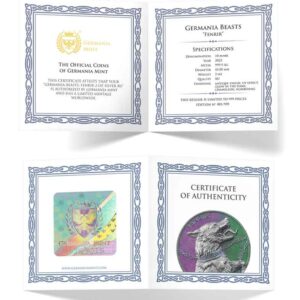 The reverse shows the head and torso of the mythical wolf. The obverse shows the torso of Fenrir and the symbol of the two-headed eagle inherent in Germania Mint coinage.

This is a premium edition that also features an ultra high relief strike from 2 oz of 99.99% pure silver along with a special Ultraviolet “Chameleon” reactive color application.