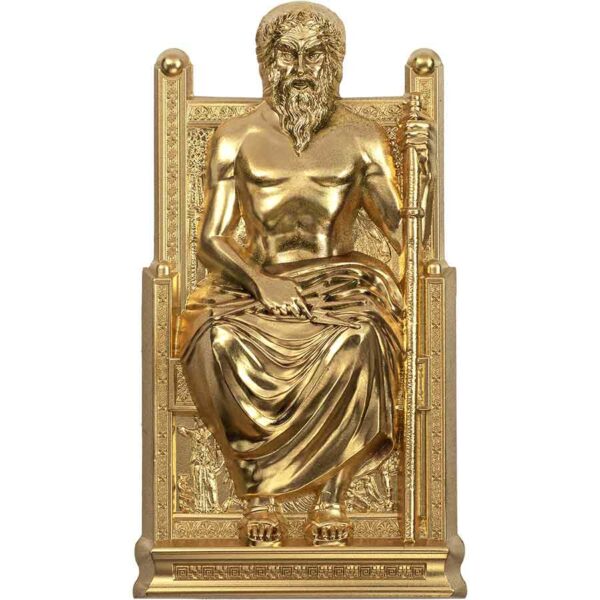 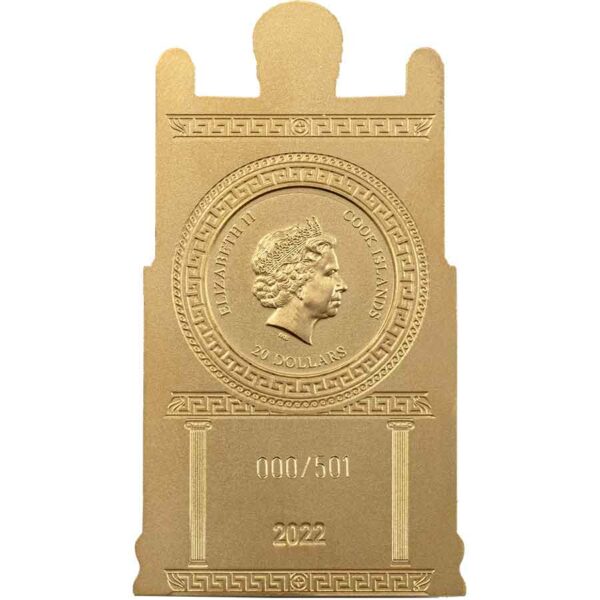 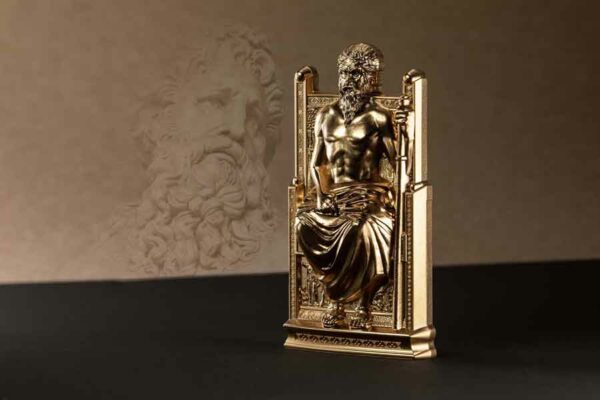 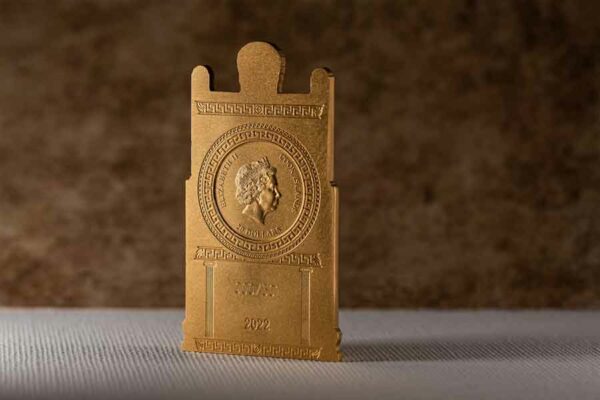 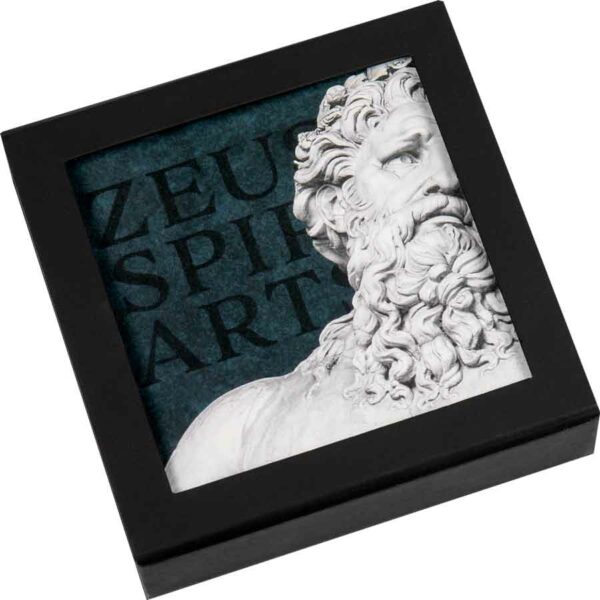 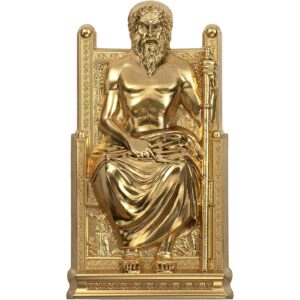 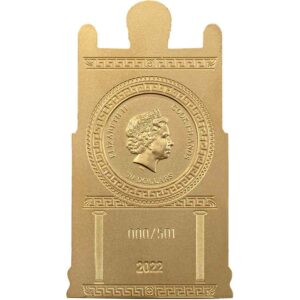 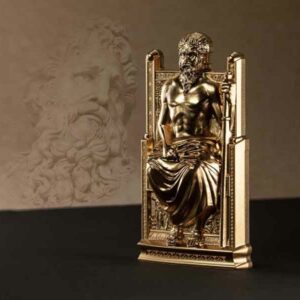 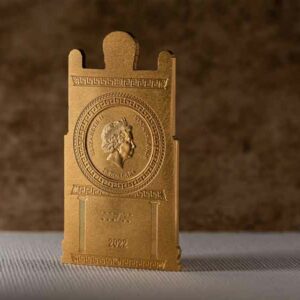 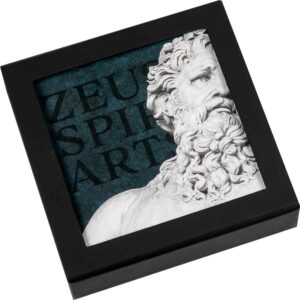 Zeus was respected as an allfather who was chief of the gods, who rules from Mount Olympus. He was regarded as the sender of thunder and lightning, rain, and winds, and his traditional weapon was the thunderbolt.

This stunning 3 oz silver coin is based on the Statue of Zeus which was one of the Seven Wonders of the Ancient World.  Zeus sat on a painted cedarwood throne ornamented with ebony, ivory, gold, and precious stones. The statue was lost and destroyed during the 5th century AD.  Details of its form are known only from ancient Greek descriptions and representations on coins.

Thanks to the enhanced smartminting® technique you can now find this story on a special shaped fully gilded ultra high relief 3 oz silver coin. It is individually numbered and limited to only 501 pieces world-wide.

The coins are issued and guaranteed by Cook Islands.