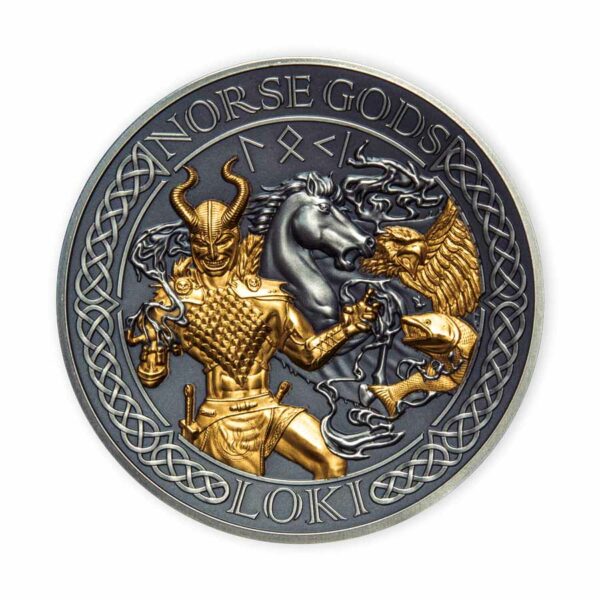 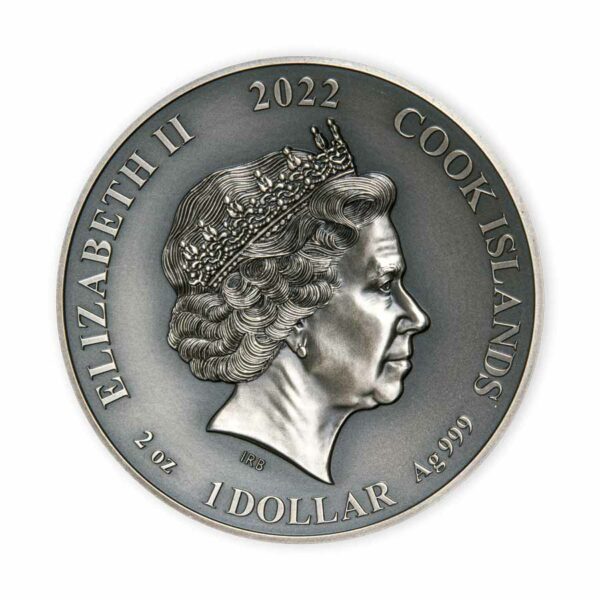 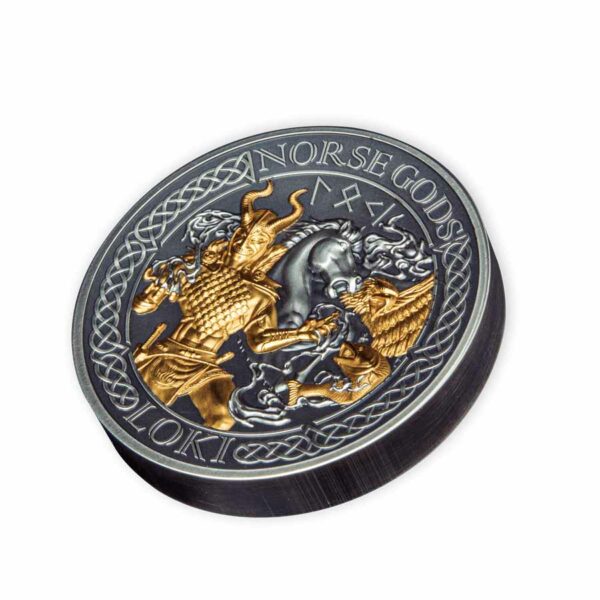 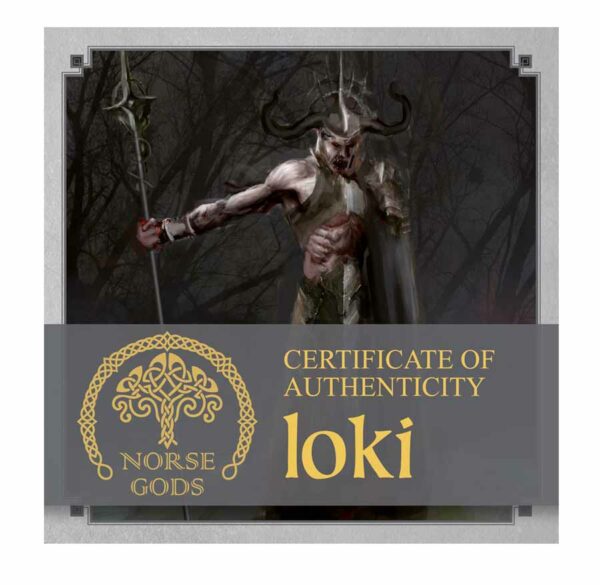 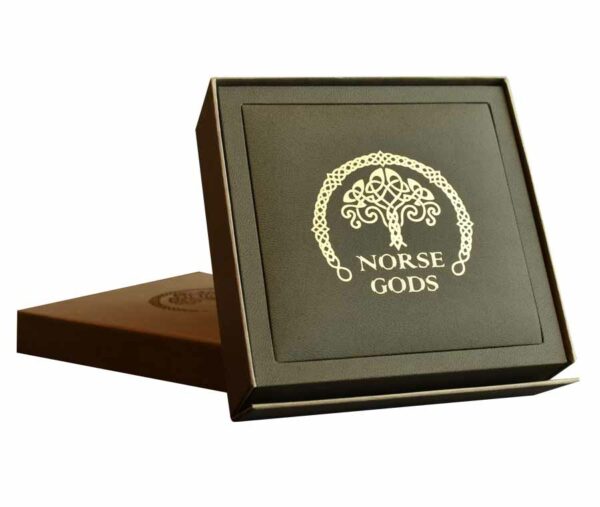 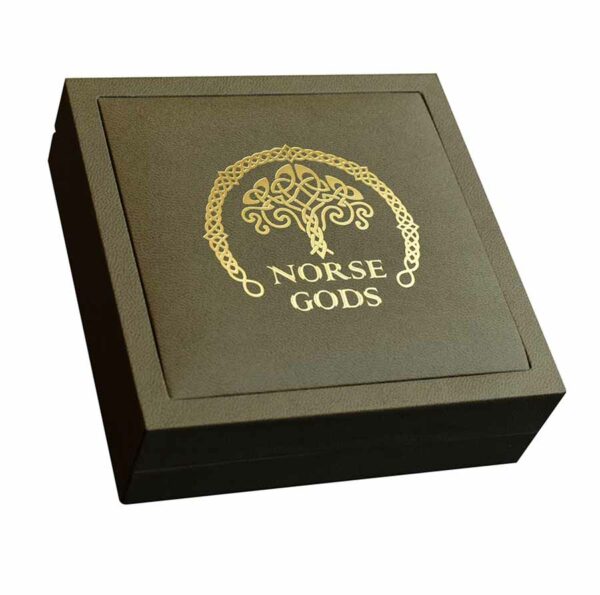 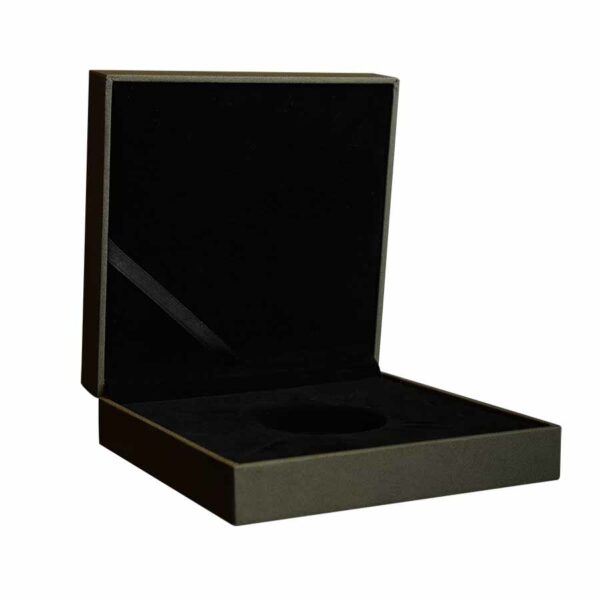 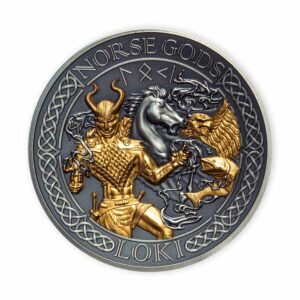 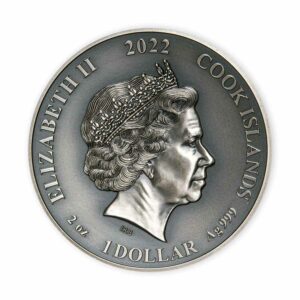 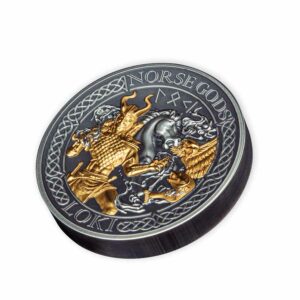 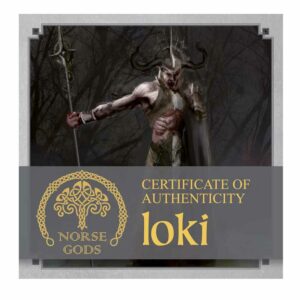 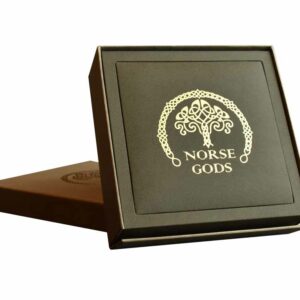 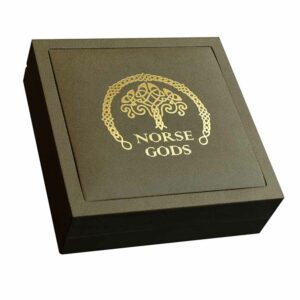 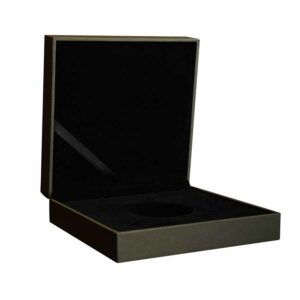 This is the 3rd issue in the Norse Gods Series from Cook Islands and is dedicated to the legendary god of fire and evil “Loki”.  It contains 2 ounces of .999 pure silver struck in high relief and further enhanced with select gold plating and deep antique finish.

Contains 2 ounces of .999 fine Silver
Coin delivers in a wood presentation box with a certificate of authenticity
Mintage of only 500 coins worldwide
Sovereign coin backed by Cook Islands

Reverse: Features Loki in pose with enchanted beasts in the background.

Loki is a god in Norse mythology and the son of Fárbauti and Laufey (mentioned as a goddess), and the brother of Helblindi and Byleistr. Loki is married to Sigyn and they have a son, Narfi.   He is known as the father of Hel, the wolf Fenrir, and the world serpent Jormungandr.

Loki, in the form of a mare, was impregnated by the stallion Svaoilfari and gave birth to the eight-legged horse Sleipnir.

Loki’s relation with the gods varies; Loki sometimes assists the gods and sometimes behaves maliciously towards them. Loki is a shape shifter and in separate incidents appears in the form of a salmon, a mare, and a fly.  Loki’s positive relations with the gods end with his role in engineering the death of the god Baldr.

Eventually, after being restrained the goddess Skaoi is responsible for placing a serpent above him while he is bound.  The serpent drips venom from above him that is collected into a bowl; however, she must empty the bowl when it is full, and the venom that drips in the meantime causes Loki to writhe in pain, thereby causing earthquakes.