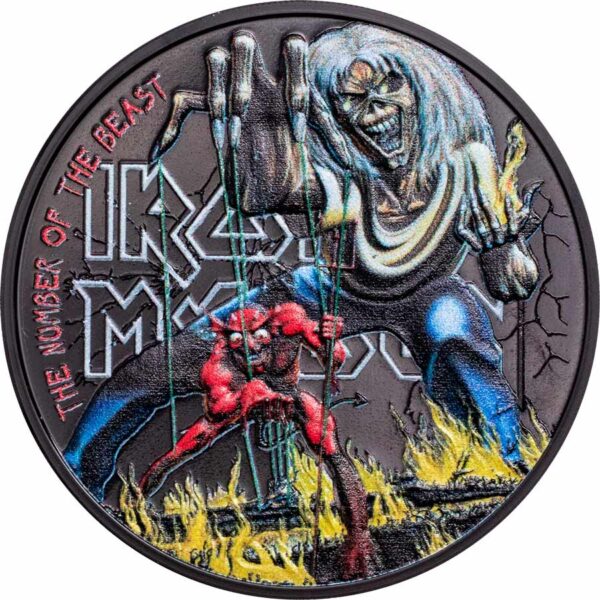 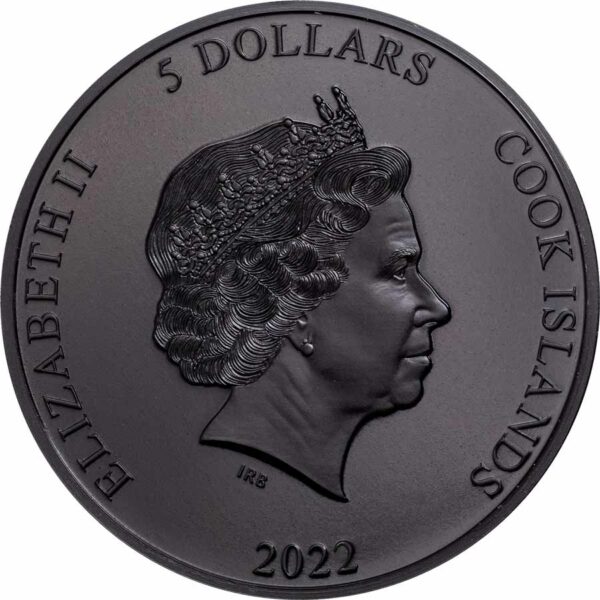 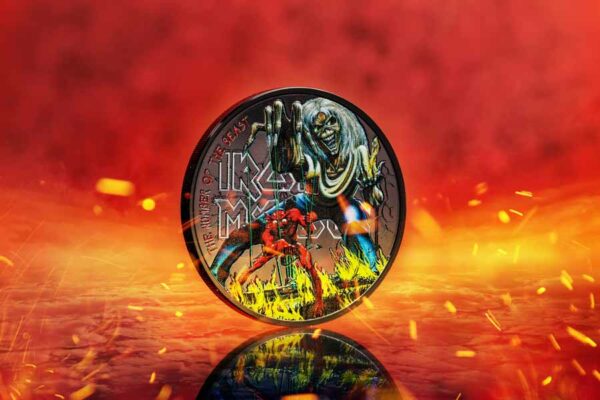 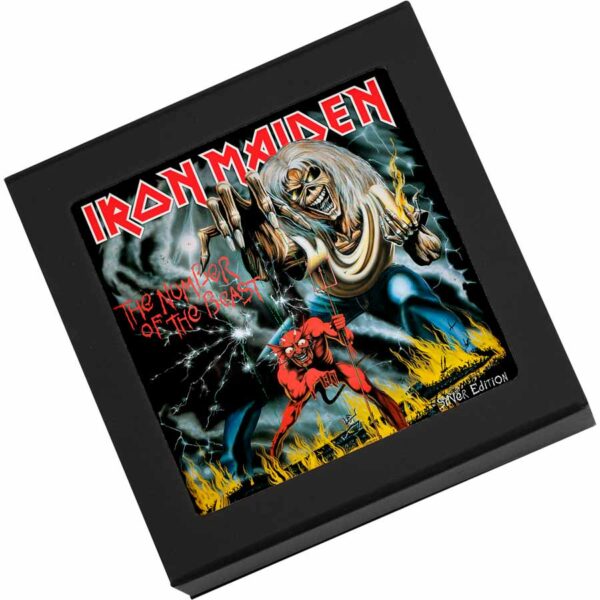 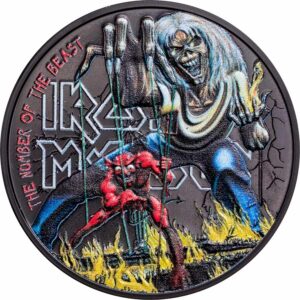 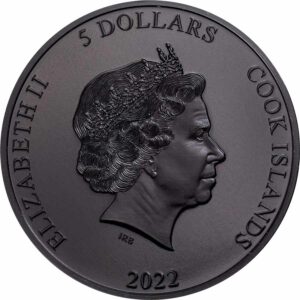 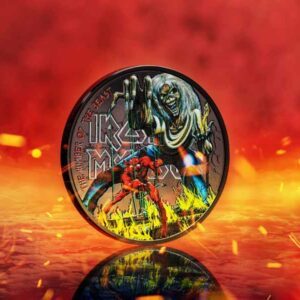 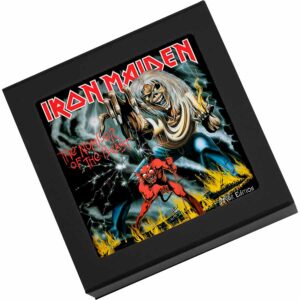 Let’s talk about metal, real “Heavy Metal”. This coin is dedicated to Iron Maiden who are considered one of the most influential and successful heavy metal bands in history with over 100 million albums sold worldwide.

“The Number of the Beast” released in 1982 became the band’s first album to top the UK Albums Chart and reach the top 40 of the US Billboard 200.  It was also controversial, particularly in the United States, due to the religious references in its artwork and the title track’s lyrics.

This 1 ounce, 99.9% pure silver coin features the original album cover in exquisite detail and precision digital printing.  The Obsidian Black background matches perfectly with the strong and impressive artwork from its colored illustrations.

There will be a mintage of only 1,982 pieces to commemorate the release year of the album.