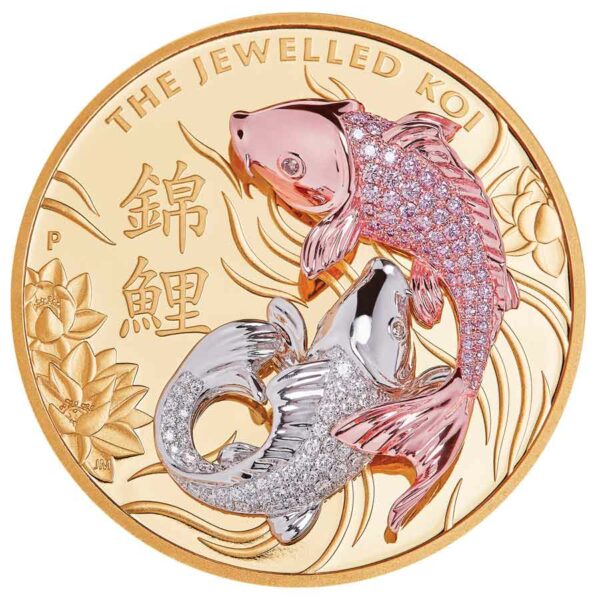 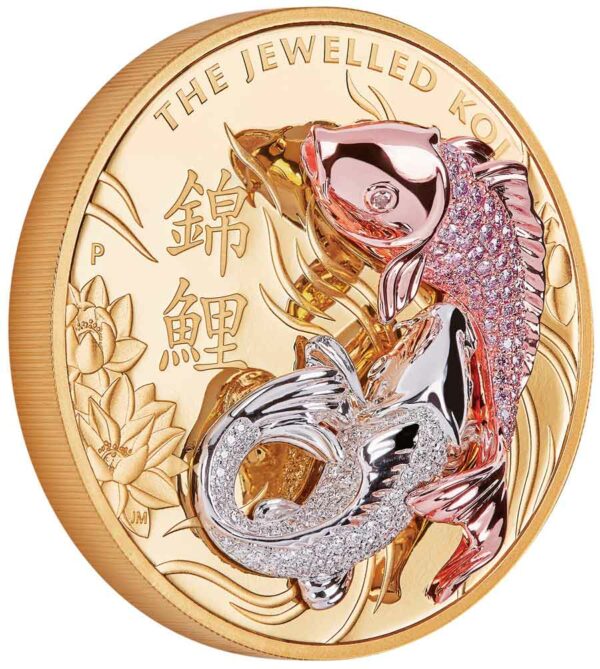 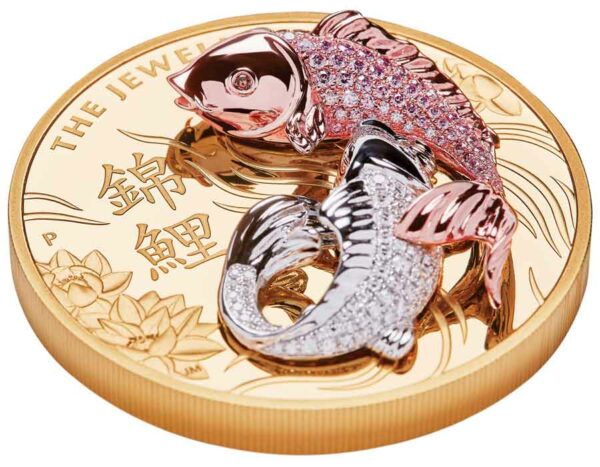 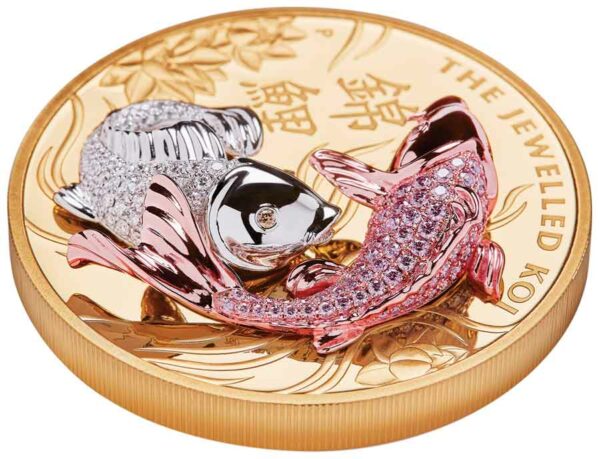 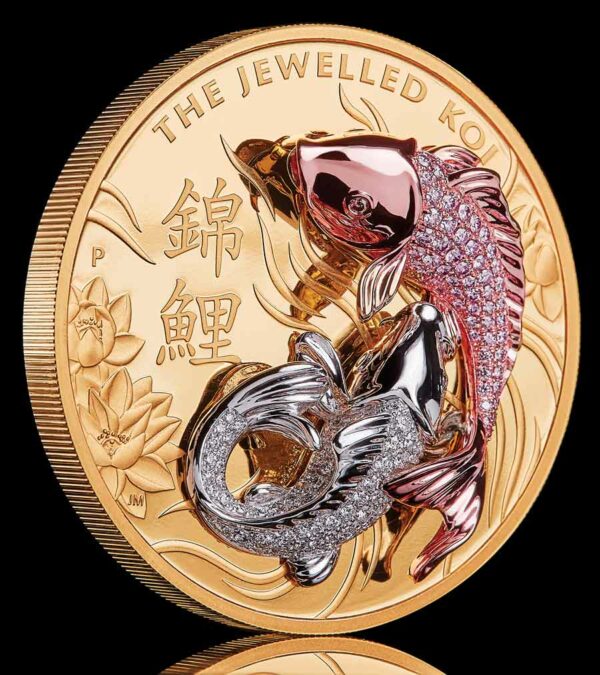 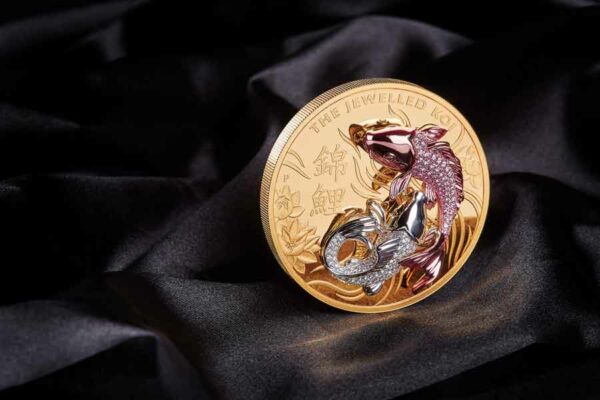 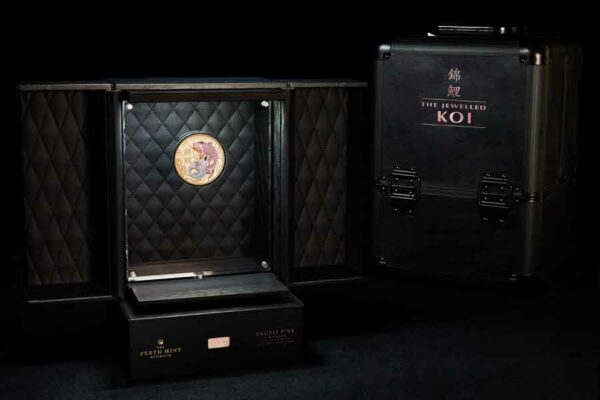 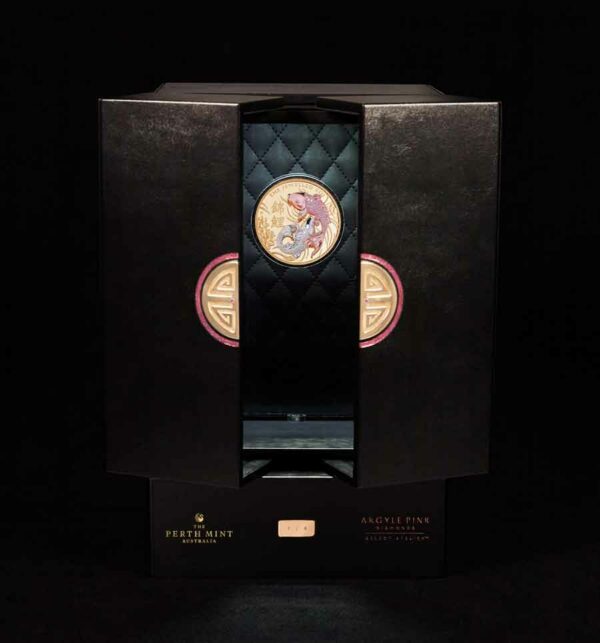 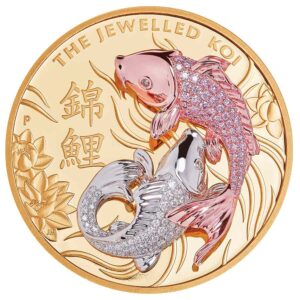 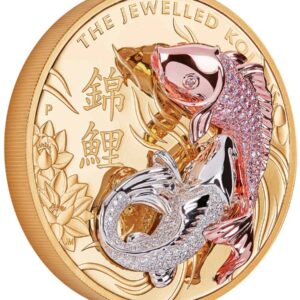 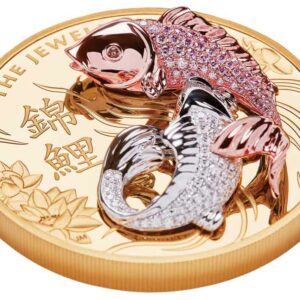 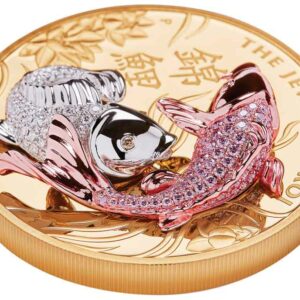 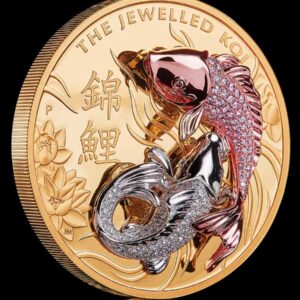 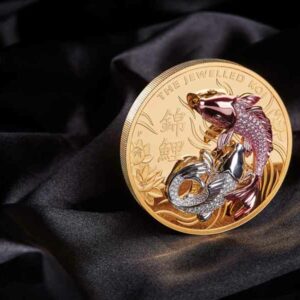 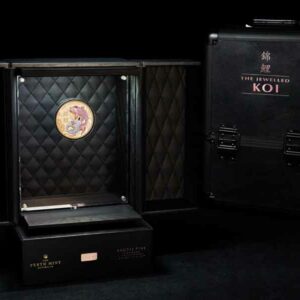 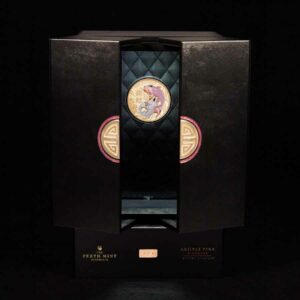 Art in Coins is thrilled to present The Jewelled Koi, an exceptional collectable showcasing rare and spectacular treasures from two Western Australian icons – Argyle Pink Diamonds and The Perth Mint.

Koi fish are regarded as auspicious creatures throughout East Asia. Often portrayed in art beside the yin yang symbol, they’re synonymous with harmony and happiness, and are widely thought to be lucky omens for marriage and fertility.  With the Chinese pronunciation of the word yu (fish) sounding like the term for riches, koi fish are also strongly associated with wealth and prosperity, most notably when they are golden in color.

Each coin is issued as Australian legal tender under the Australian Currency Act 1965.

The Perth Mint will release only eight of these rare and collectable coins on a mint-to-order basis. Please note the lead time for ordering this coin is between two and four weeks.

The coin’s reverse artistry includes lotus flowers floating on water represented by gracefully flowing lines. Zen philosophy holds the lotus flower to be a symbol of purity and elegance, and as the embodiment of ‘female’ within the coin’s design, it counterbalences the ‘male’ persona of the koi in another potent symbol of love.

The 2022 Australian Koi bears the Jody Clark effigy of Her Majesty Queen Elizabeth II, weight and fineness, 2022 year-date and monetary denomination on its obverse.

The Jewelled Koi is presented in prestigious packaging including a robust carry case which opens to reveal a magnificent luxury display case, in which the coin is housed.

The coin rests within a perspex panel that rotates 360 degrees and is illuminated by a row of lights to maximize the effect of the glittering diamonds.

The doors of the display case feature two 18-carat gold plates with an Argyle pink diamond on each side. The case also features an individually numbered 18-carat rose gold plaque, which corresponds to the Certificate of Authenticity.