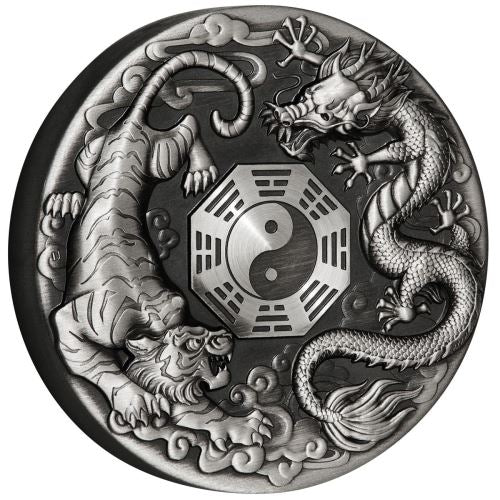 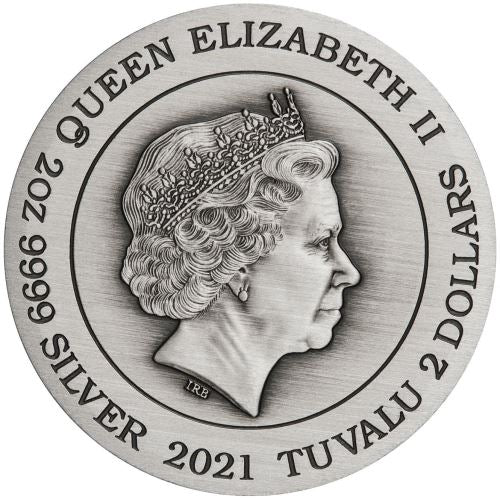 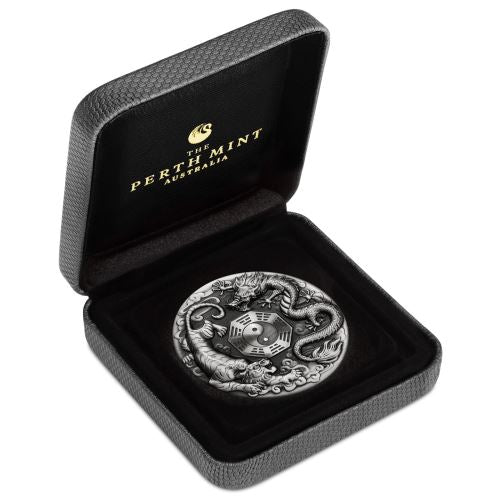 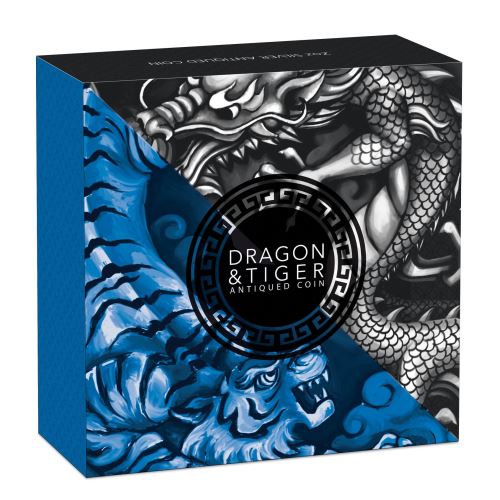 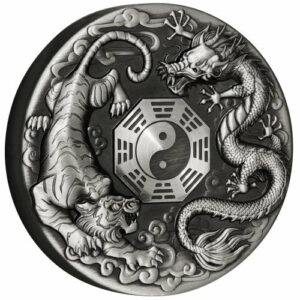 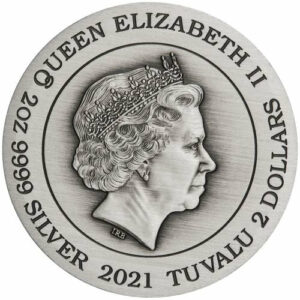 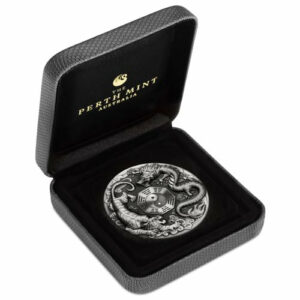 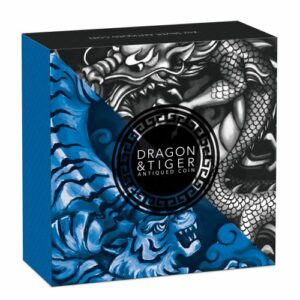 Revered in Chinese traditional culture, the dragon and tiger are often portrayed together as expressions of yin and yang, the ancient belief that all things in the universe consist of two opposing yet complementary forces.  Another fascinating symbol from Eastern philosophy, the Bagua incorporates eight Taoist trigrams representing the yin and yang present in all things, and a taijitu, the famous black and white symbol denoting the interdependence of yin and yang energy.

The coin’s reverse portrays a dragon and tiger encircling an image of a Bagua. Regarded as a divine mythical creature, the serpent-like Chinese dragon embodies power, wealth and good fortune.

With a pattern on its forehead resembling the Chinese character for ‘king’, the tiger is another highly revered animal which represents bravery, strength and ambition.

Together, they are said to symbolise the harmony achieved through the balance of opposing forces. To capture the depth and detail of its design, each coin has been individually antiqued. As a result of this treatment, the appearance of each coin may vary.

Accompanied by a numbered Certificate of Authenticity, the coin is housed in a classic display case and themed shipper.