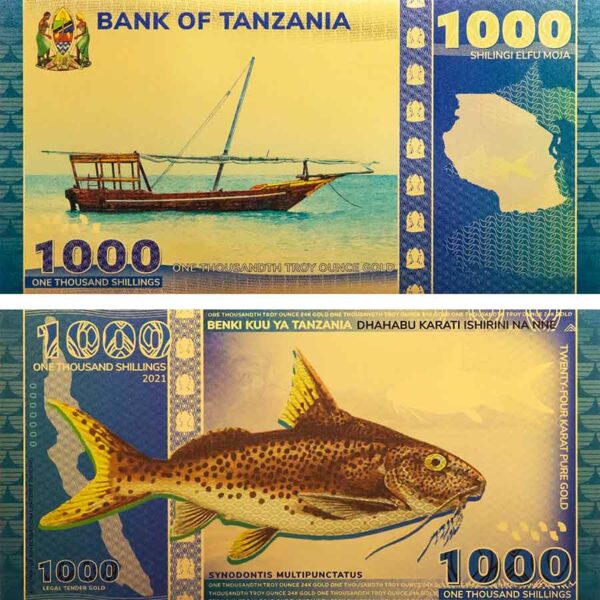 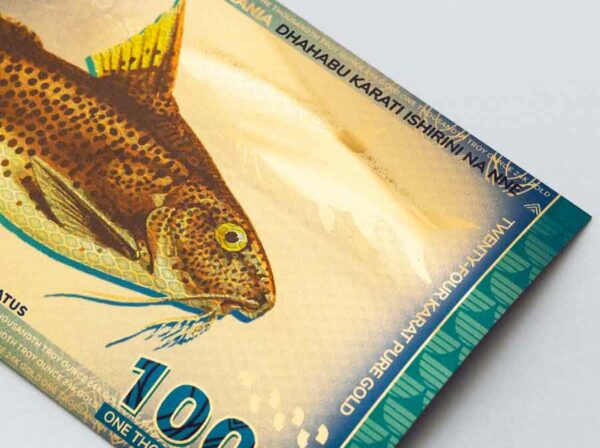 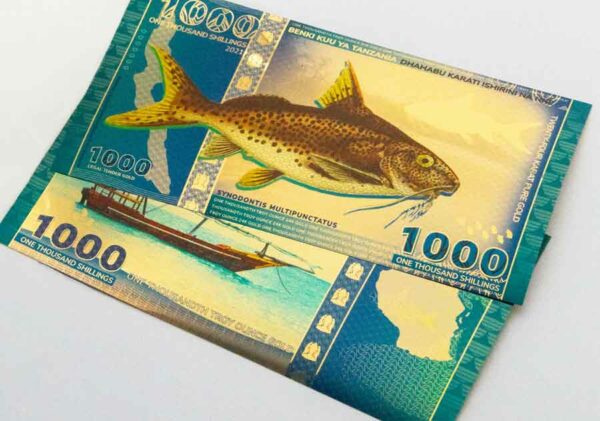 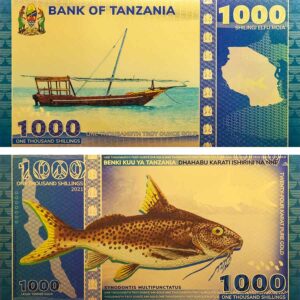 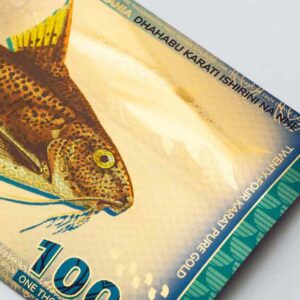 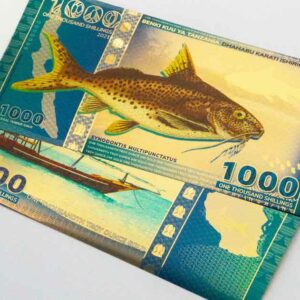 The artwork of this issue celebrates the culture and natural landscape of the Republic of Tanzania, specifically Lake Tanganyika. The longest lake in the world, the second-largest by volume, and the deepest lake in Africa Lake Tanganyika is one of less than 20 ancient lakes on Earth.

The obverse features a large, central Cuckoo Catfish (Synodontis Multipunctatus), a species of fish found exclusively in Lake Tanganyika. Also known as the cuckoo squeaker or multipunk, the cuckoo catfish is an important component of both local and commercial fisheries. The reverse depicts a Dhow, a traditional sailing vessel used for both fishing and transportation.

Both sides of this unique note include aquatic colors, themes, and shapes. A large Cuckoo Catfish (Synodontis Multipunctatus) found exclusively in Lake Tanganyika, is depicted in detail on the obverse. The reverse showcases a Dhow, a traditional sailing vessel used for both fishing and transportation on Lake Tanganyika. Additional elements include aerial silhouettes of Lake Tanganyika and Tanzania as well as the outline of several catfish. The border includes patterning drawn from local textiles and prints in addition to a second,  central band that incorporates a repeating motif of the Tanzanian Coat of Arms.

Each note is printed with a unique serial number.