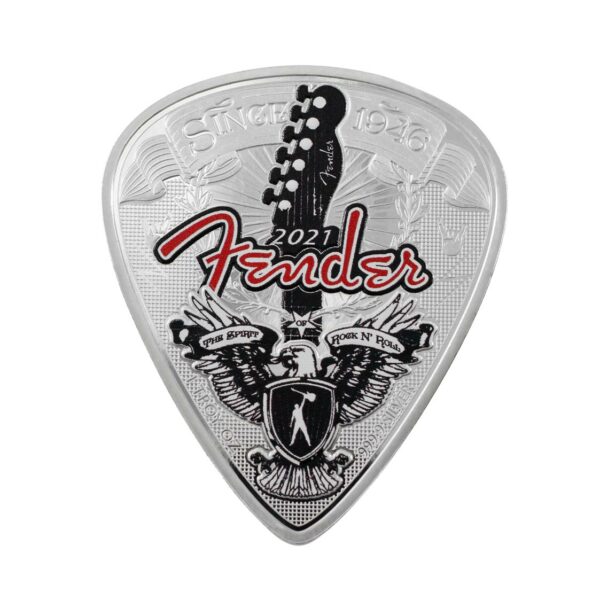 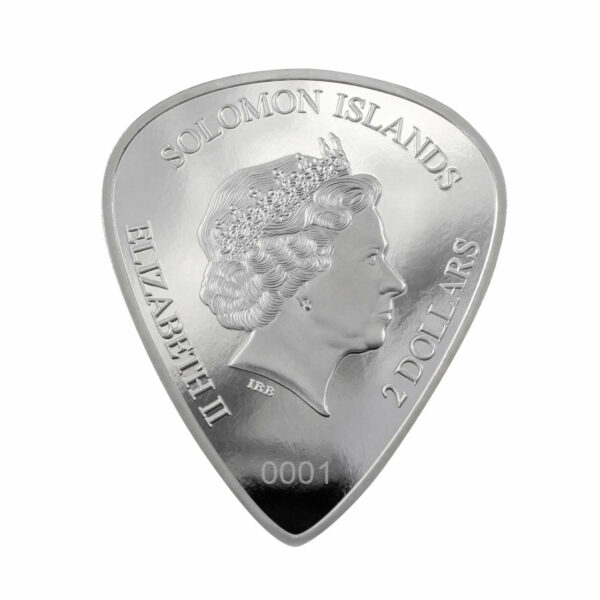 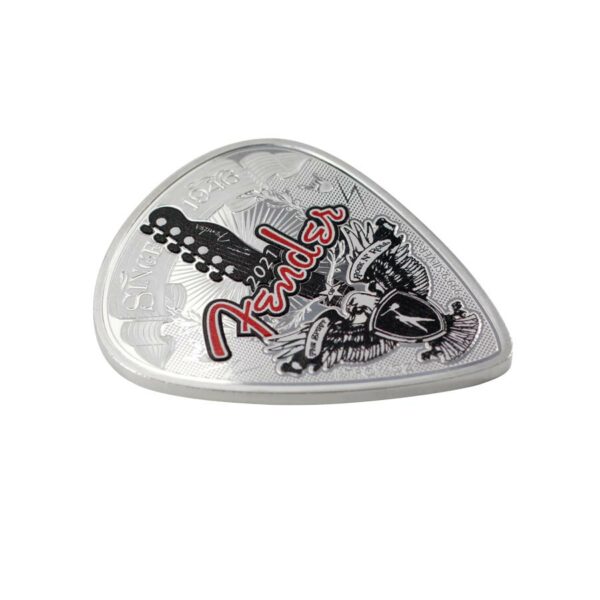 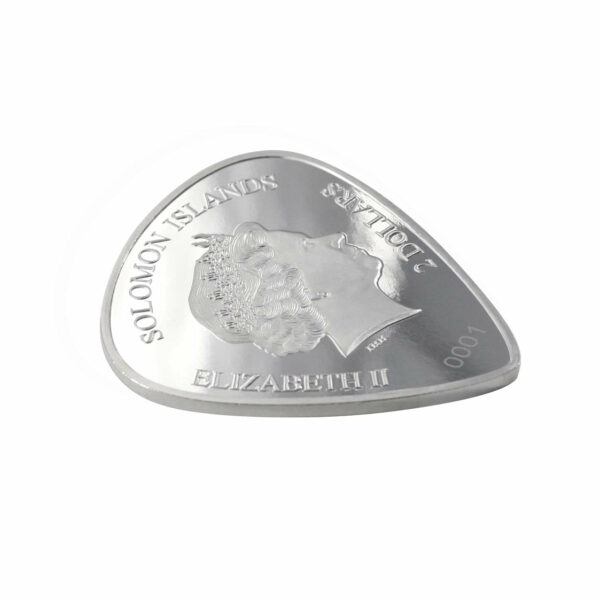 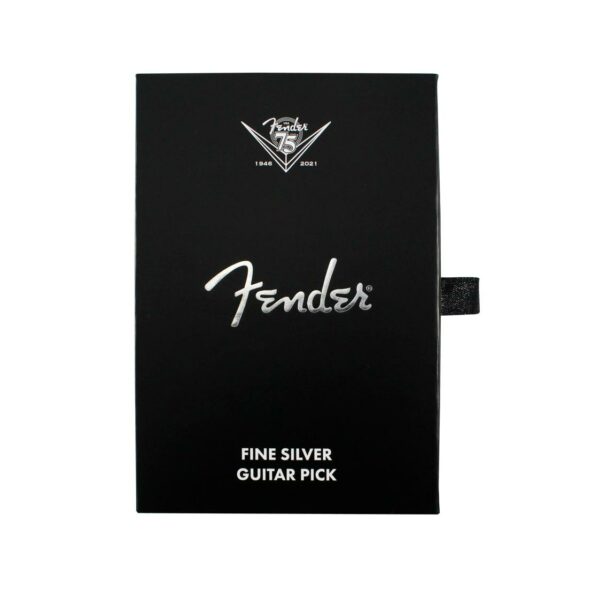 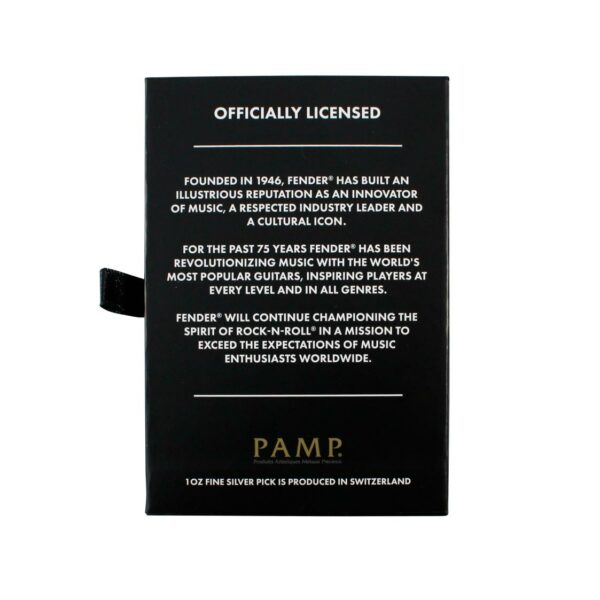 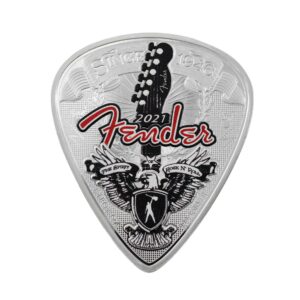 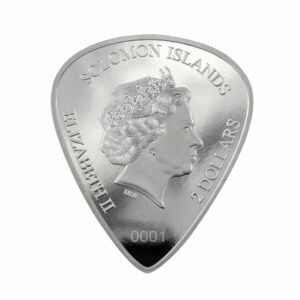 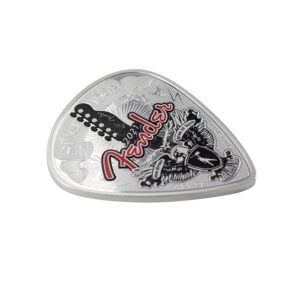 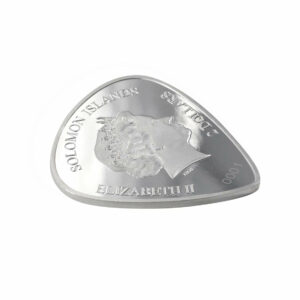 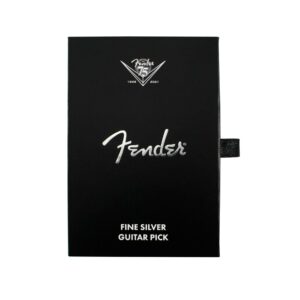 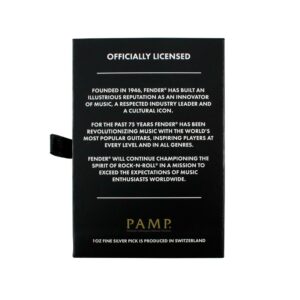 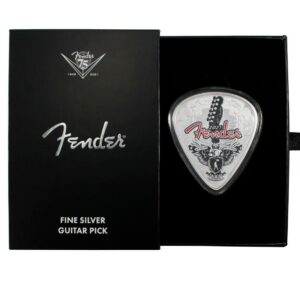 The Fender® brand is widely considered to be one of the best in the music industry and this fantastic .9999 silver coin pays tribute to this globally recognized trademark. Fender® guitars have been used by musicians all over the world, transforming music in every major genre including country and western, jazz, rhythm and blues and the most popular – rock ’n’ roll.

Established in 1946, Fender® has become a cultural icon in its own right and champions THE SPIRIT OF ROCK-N-ROLL® for all music lovers, from young guitarists just learning to play to legendary musicians.

For the first time ever, music enthusiasts can own a one-of-a-kind Fender® 1oz pure silver legal tender collectible coin.

The first Fender® guitar produced was originally called “The Esquire”. The name was later changed in 1951 to “The Telecaster” and became one of the most popular guitars ever played.

The Telecaster® is a guitar staple for many great musicians – George Harrison, Bruce Springsteen and Keith Richards among them.