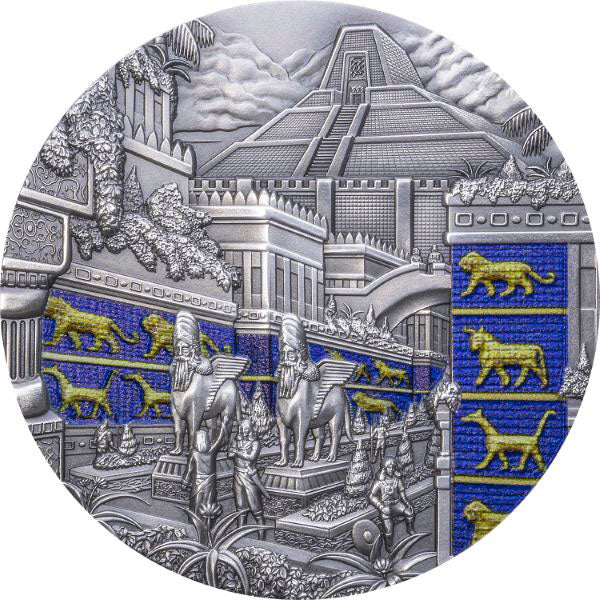 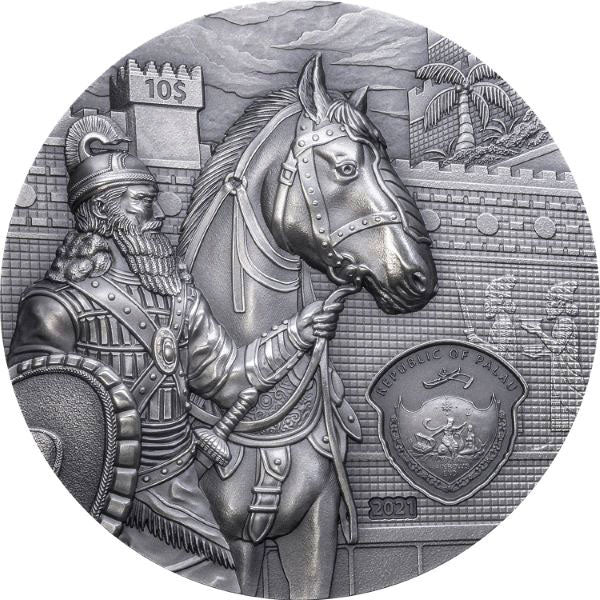 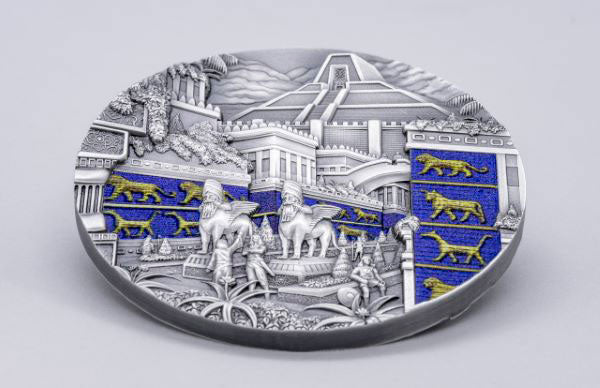 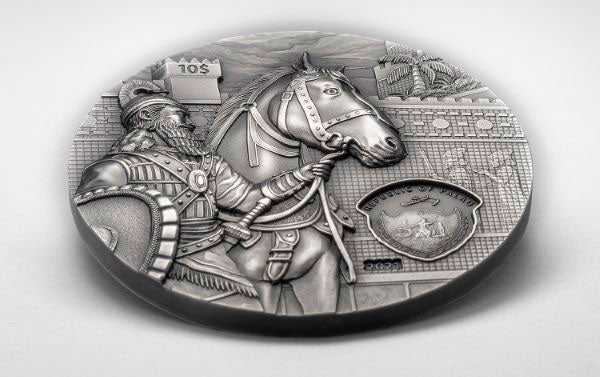 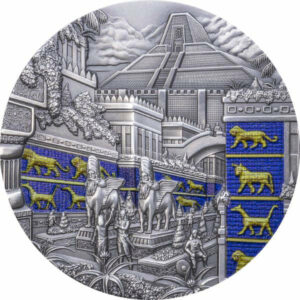 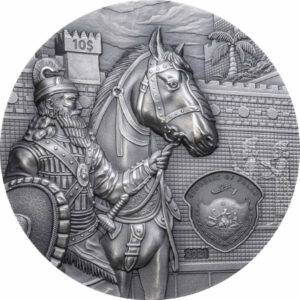 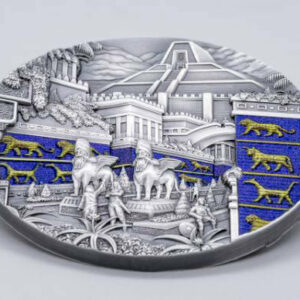 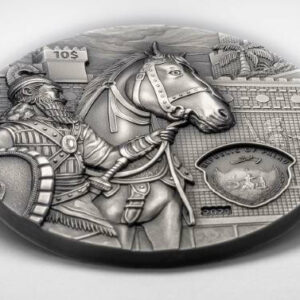 The first issue in the “Lost Civilization” series is Babylon. Using upgraded Smartminting technology, Palau makes the impossible possible as this coin brings ancient civilizations back to life. It presents a highly stylized obverse with detailed skyline of Babylon and its unique blue tiled painted walls while the reverse dazzles with Babylonian horsemen.

The Babylon is minted with the highest quality antique finish on a 2 oz pure silver 45mm blank and it features two sided ultra high relief with a low mintage of just 555 sets worldwide.

Babylon was the capital city of Babylonia, a kingdom in ancient Mesopotamia, between the 18th and 6th centuries BC. It was built along both banks of the Euphrates river, with steep embankments to contain the river’s seasonal floods. The town became part of a small independent city-state with the rise of the First Babylonian dynasty in the 19th century BC. The Amorite king Hammurabi created a short-lived empire in the 18th century BC. He built Babylon into a major city and declared himself its king. Southern Mesopotamia became known as Babylonia and Babylon eclipsed Nippur as its holy city. The empire waned under Hammurabi’s son Samsu-iluna and Babylon spent long periods under Assyrian, Kassite and Elamite domination. After being destroyed and then rebuilt by the Assyrians, Babylon became the capital of the short-lived Neo-Babylonian Empire from 609 to 539 BC. The Hanging Gardens of Babylon were one of the Seven Wonders of the Ancient World. After the fall of the Neo-Babylonian Empire, the city came under the rule of the Achaemenid, Seleucid, Parthian, Roman, and Sassanid empires.