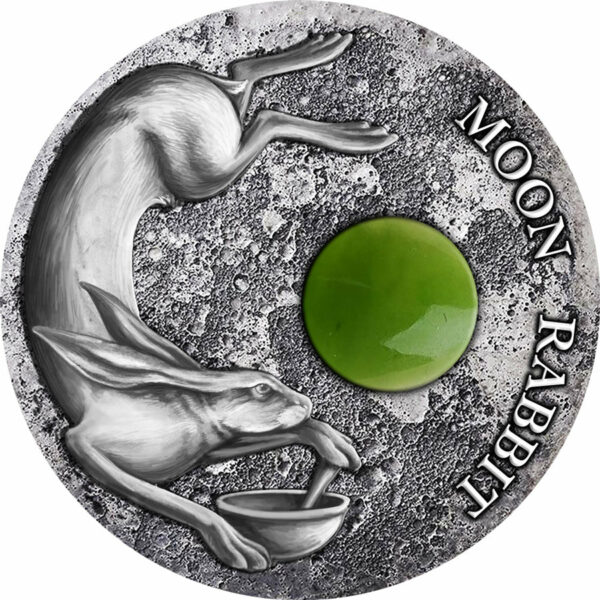 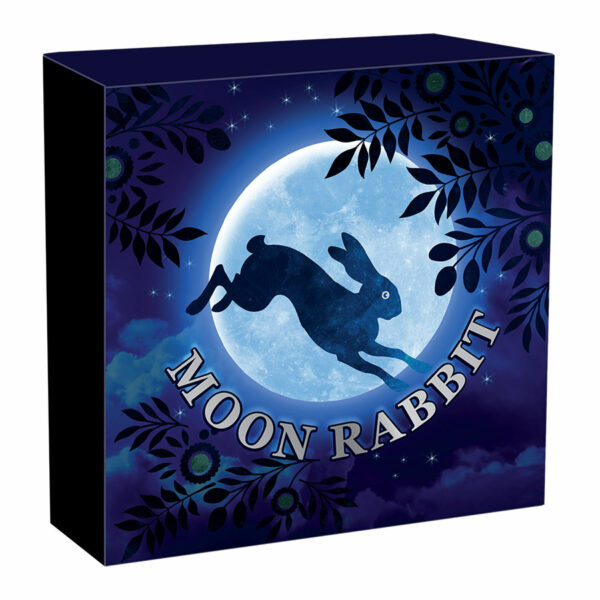 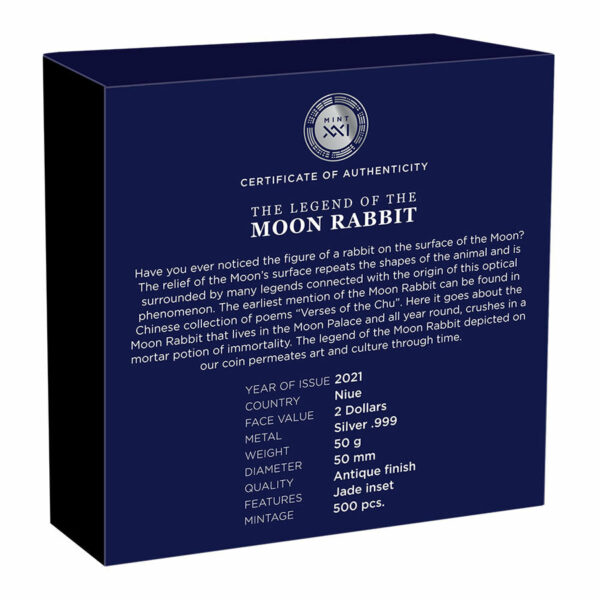 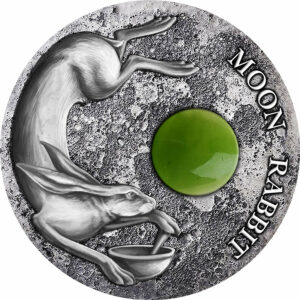 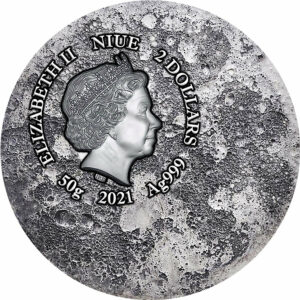 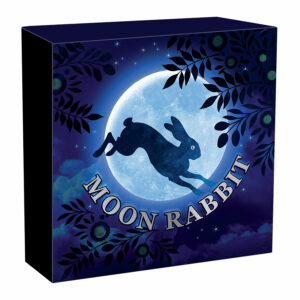 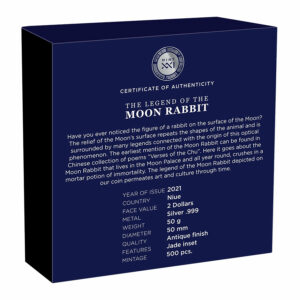 This beautiful 50 Gram silver issue of Niue tells a Chinese legend about the adorable Rabbit on the Moon.  The Moon Rabbit is a mythical figure who lives on the Moon in Far Eastern folklore, based on pareidolia interpretations that identify the dark markings on the near side of the Moon as a rabbit.

The first time people found out about him was from Chinese collection of poems “Verses of the Chu”, where it goes about a rabbit that lives in the Moon Palace and all year round, crushes in a mortar potion of immortality. Some poets of the Han dynasty often called him a “jade rabbit”, that’s why the coin is decorated with a genuine jade inset.

A finely detailed coin depicting the Moon Rabbit, which is still pounding the elixir of life in its pestle.