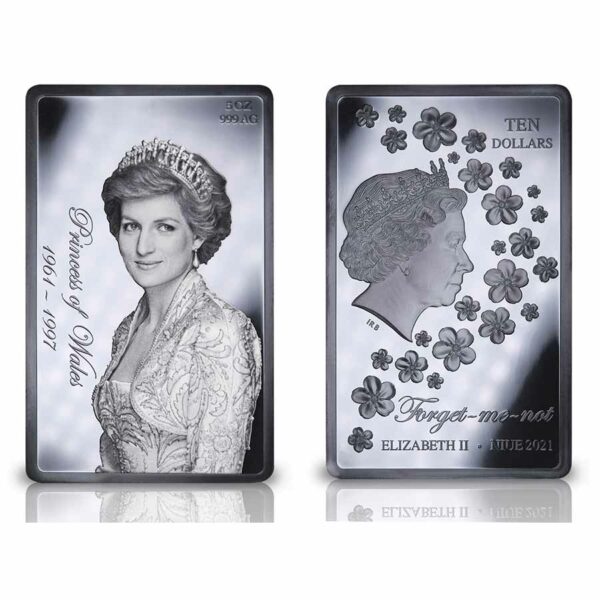 She was the first wife of Charles, Prince of Wales, heir to the throne of the British royal family, and the mother of Prince William and Prince Harry.

Her activism and glamor made her an internationally beloved icon.

This official and exclusively licensed Royal Portrait of Terence Donovan appears on a highly detailed embossing in Black Proof quality. From the various minting techniques that have been used on this coin, the polishing of the crown displays incredible brilliance.