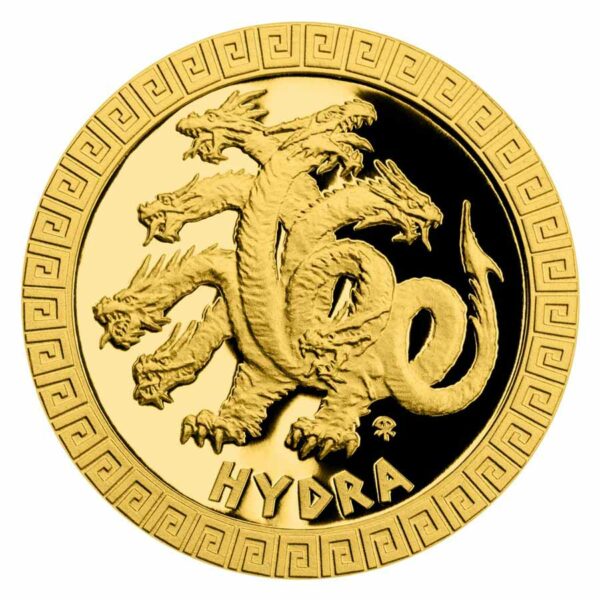 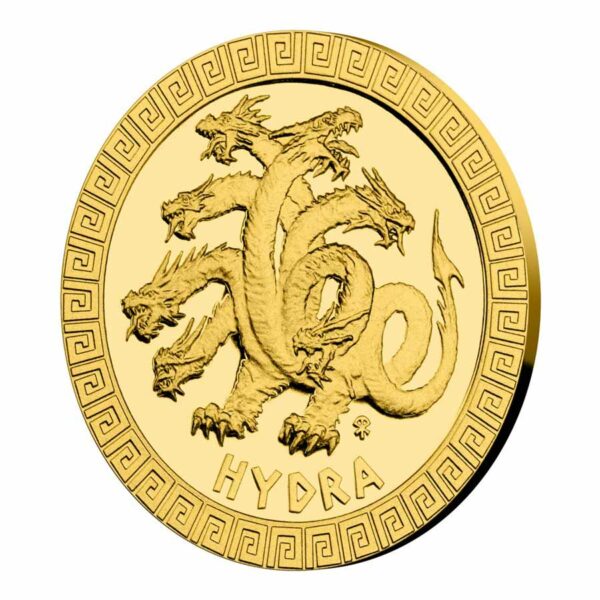 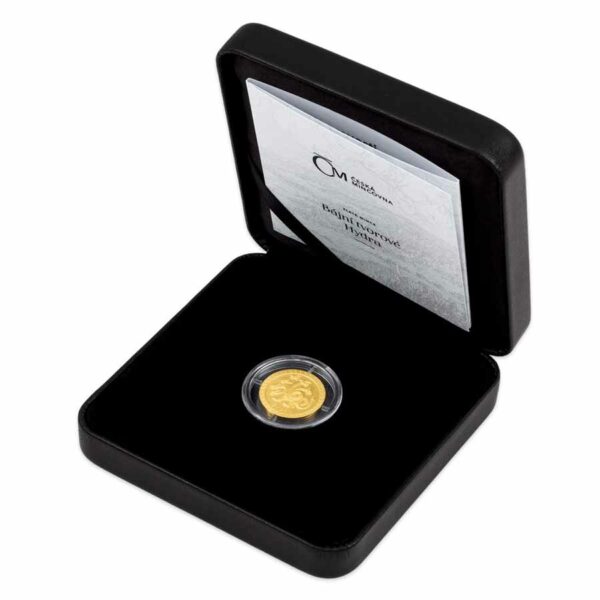 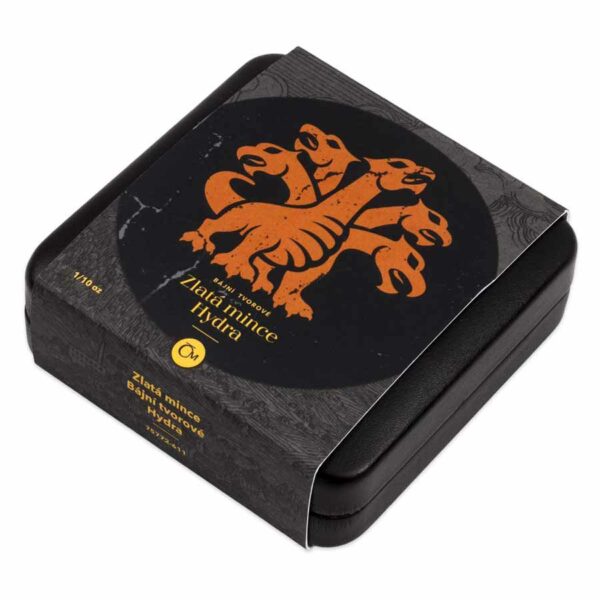 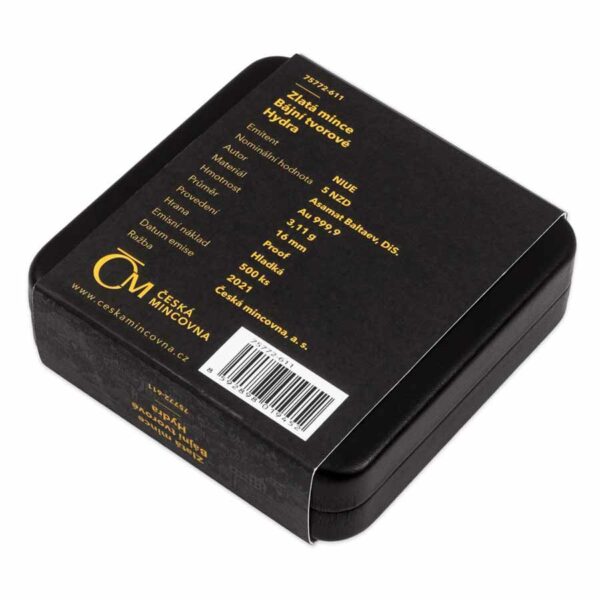 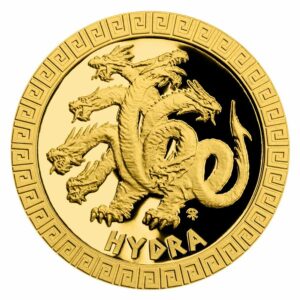 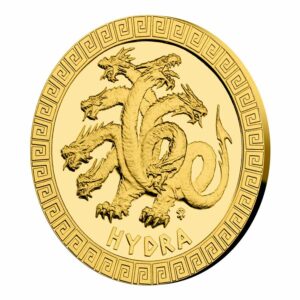 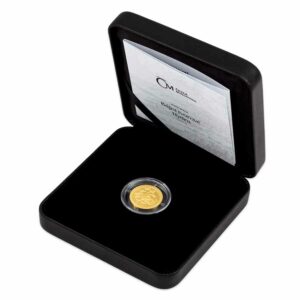 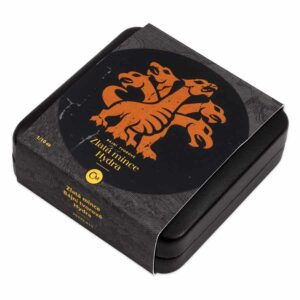 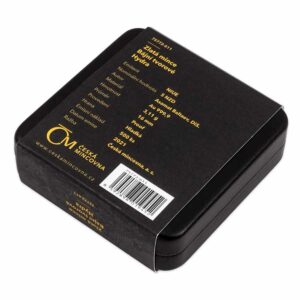 A hydra appears on the fifth gold coin from the collector´s cycle Mythical Creatures of the Czech Mint.

Legend says that the Greek city of Lern was plagued by a serpent monster with countless heads. Its poisonous breath infested fields and rivers, and killed passers-by. No mortal could stand up to it, but fortunately the demigod Heracles came here.

The killing of the Lern Hydra was one of the impossible tasks assigned to him by King Eurystheus. Because a huge crab with sharp claws helped the monster, the hero also brought a comrade-in-arms. Heracles first used blazing arrows to lure the hydra out of hiding place, then began to knock its heads off with a club, however, two new ones suddenly grew up. Then Heracles’ nephew Iolaus intervened in the fight, setting fire to the forest and handing his uncle burning branches. No new head grew on the site of the burnt head. Eventually, Heracles cut off its last head which was immortal. He hid it under a stone, where it has been dreaming ever since. He then dipped arrows in the bile of the carcass.

Medal maker Asamat Baltaev, DiS., placed a monster with a series of hissing heads on the reverse side of the coin and supplemented it with a inscription HYDRA. It is not without interest that the mintage does not have a classic coin frame, however, the relief is surrounded by decorative Hellenic ornaments that permeate the entire collector´s cycle. Since the coins of the Czech Mint are licensed by the island of Niue, their obverse sides bear the name and profile of Queen Elizabeth II, with a nominal value of 2 DOLLARS (NZD) and the year of issue 2021.